Chikkamagaluru, Aug 19: With heavy rains lashing Mudigere this year, over 500 people residing in different parts of the town were cut off from road, communication, basic ration and essentials; It was ‘NammHudugru,’ a local youth group who turned saviours for the flood-stricken people of this town. Operating using WhatsApp ‘voice messages,’ Namm Huduguru efficiently coordinated the rescue and relief efforts.

“We were located at different locations like Mudigere, Chikkamagaluru, Kottigehara, Banakal, Bagaluru, Kalasa Hobli, Alekhan Horatti, so we had real-time updates on the prevailing weather, flood levels, medical and food requirements. But continuous flooding had left several mobile towers damaged and only a few were functional. So we decided to use the existing WhatsApp group of NammHudugru to send effective voice messages and quickly communicate,” Divin, one of the coordinator of the group said. 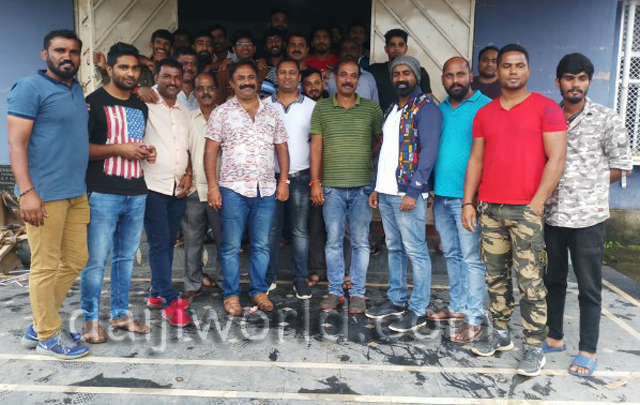 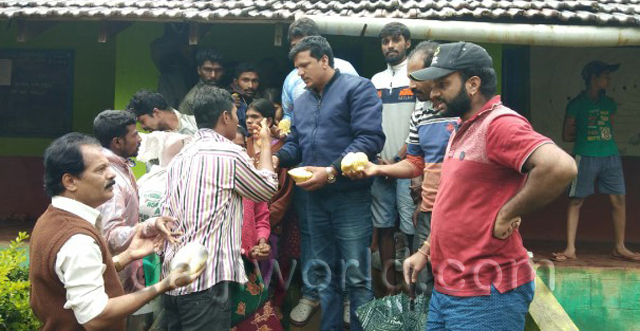 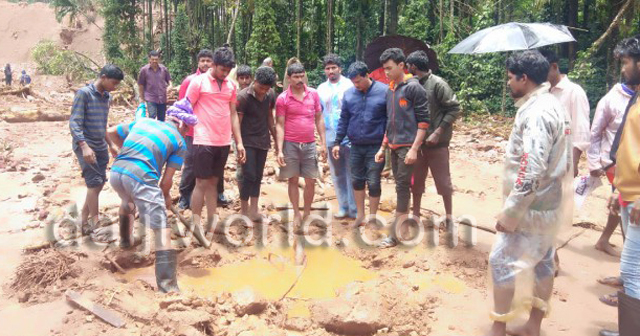 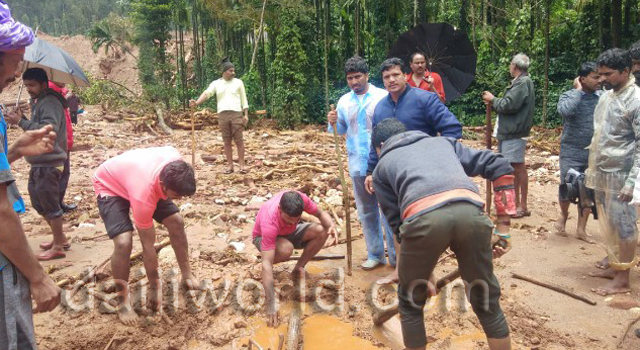 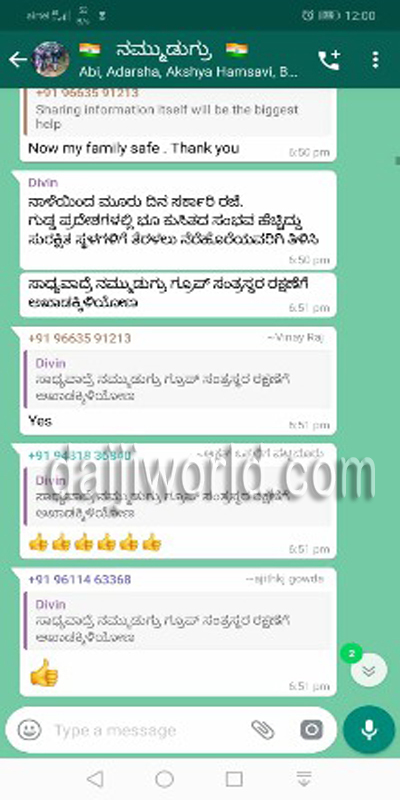 To keep the communication going, the group member said that besides refuelling (diesel) Mobile Network Towers at remote locations, they also asked all the residents to keep their power-banks and mobiles charged. “The communication was direct and to the point and since we were using WhatsApp voice messages, we could leave only one sided messages – like a walkie-talkie and there was no scope for simultaneous conversation. But it was worth the risk,” Adarsh, another group member said.

Since August 9th, using WhatsApp voice message, the group passed-on a flurry of information from landslide affected areas, food supplies, earth-movers, generator fuels and acted as a mediator between the people and the government rescue and relief work agencies.

However, with over 220 participants in ‘NammHudugaru,’ the group soon felt the need to appoint location based coordinators for broadcasting the ‘message’ and to avoid confusion or duplicity in request for resources. The locals could get in touch with others for their requirements and the coordinators would then leave an audio message in the group. “For instance, a member leaving from Mudigere will leave an audio message on the list of supplies he is ferrying to an affected area, the local coordinators receiving the message can convey if any additional requirement or extra food and other supplies are needed,” Sampath, an active participant of NammHudugru said.

The group was also able to arrange 34 JCBs since the route from Kottigehara to Horanadu was entirely damaged and not-motorable. The locally run rescue and disaster management operation went on till Monday.

Subsequent to the group’s effort, NammHudugaru was able to coordinate with local officials to arrange tentative accommodation for the displaced at Backward Class and Minorities (BCM) hostels, as well as offer food to the people. “Since holidays were declared at schools, it also enabled us to turn schools into accommodation spaces as well as a centre for catering food for the distressed,” another group member said.

“Several villages had submerged during the flood during the first week of this month and no help was coming. We had to do something amidst the mass destruction, so we started the rescue work, provided supplies, and communicated with officials as well as local representatives. By the time the army stepped in, we were able to pin-point to them those areas where we could not reach, including transporting those who needed medical help or aiding senior citizens,” another member added.

Largely dominated by coffee, paddy and pepper plantation, Mudigere is known for its agricultural topography. Around 100-150 houses have collapsed in Durgadahalli, Balur, Horatti, Madugundi, Malenadu among many other places. According to the locals, areas in Alekhan Horatti were difficult to access even during normal seasons due to non motorable roads. But now following the floods and landslides, these damaged roads have almost become impenetrable. “Army officers trekked nearly 15 kilometers carrying an aged person,” a member said.

At present, the group is entirely involved in ensuring that materials received from donors and government reached the right destination. “Again here a lot of emphasis was on WhatsApp Voice messages. Since most of the supplies arrive to centralised location at Jaycee hall for storage in Mudigere taluk,” Divin said.

By large, the group that has been in existence since 2014 has about 50-60 members actively involved in the group and its activities. Almost all the people in this group are youngsters aged between 25-35 years of age.

Around the region, Kottigehara received the highest rainfall of 254 mm on August 3rd. It was among the first places where landslide was reported. While the group’s efforts along with the fire and rescue team has been credited to have relieved about 500 lives from harm’s way, the district also witnessed the death of over six people owing to flood related incidents.

In the immediate pipeline, NammHudugru wants to identify families whose houses have suffered damage due to floods and arrange for the necessary commodities to reach the people. “The Karnataka government has already agreed to help people living in rental accommodation by providing them with Rs 5,000. What we hope to do is provide them with other logistical assistance since the terrain is not motorable,” Adarsh said.