Mangaluru, Dec 18: Distinguished senior Supreme Court advocate Indira Jaising on Monday December 17 said that right-wing ideology was responsible for a large amount of the violence committed against women today, and stressed that true gender justice lay in giving women an agency to live their life on their own terms. She also lashed out at the central government over its 'hypocrisy' on the implementation of the Sabarimala judgement. 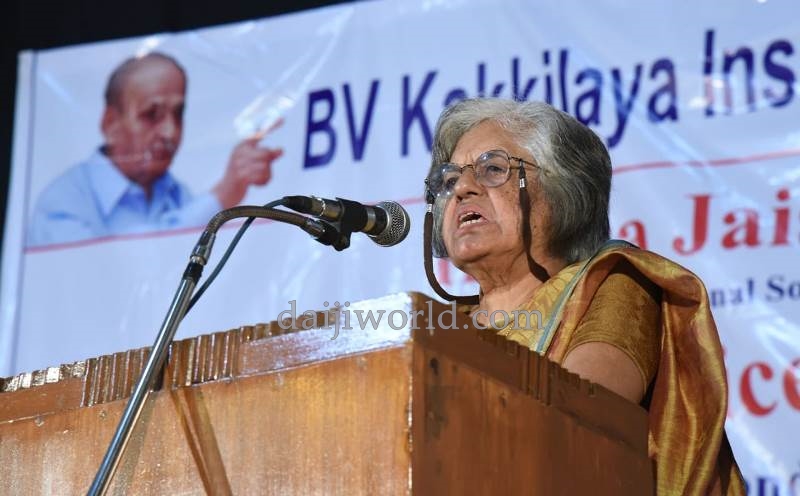 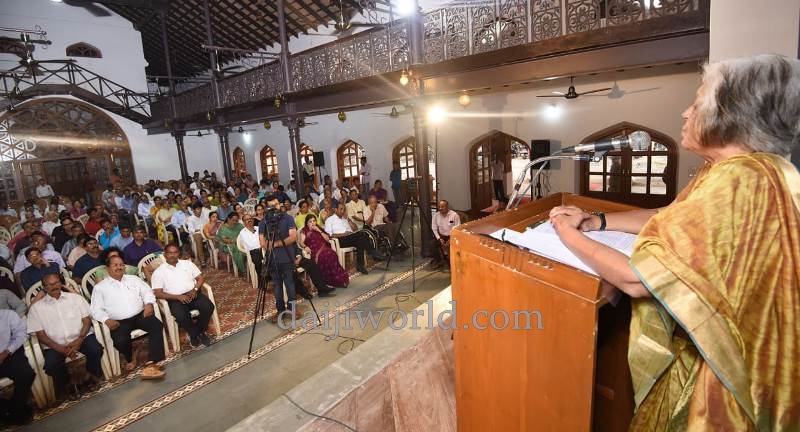 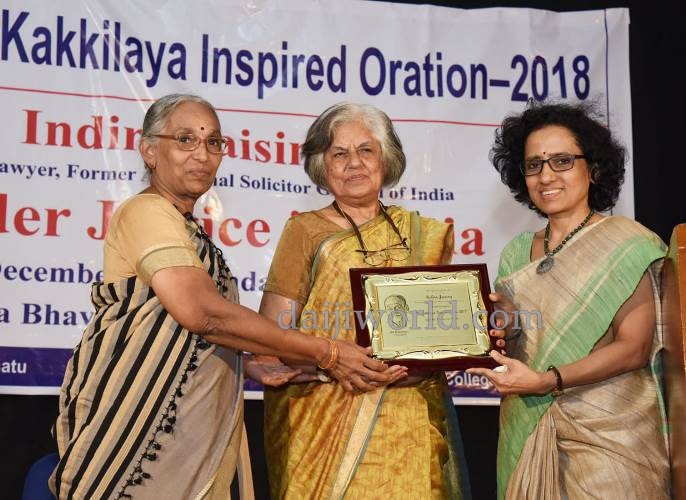 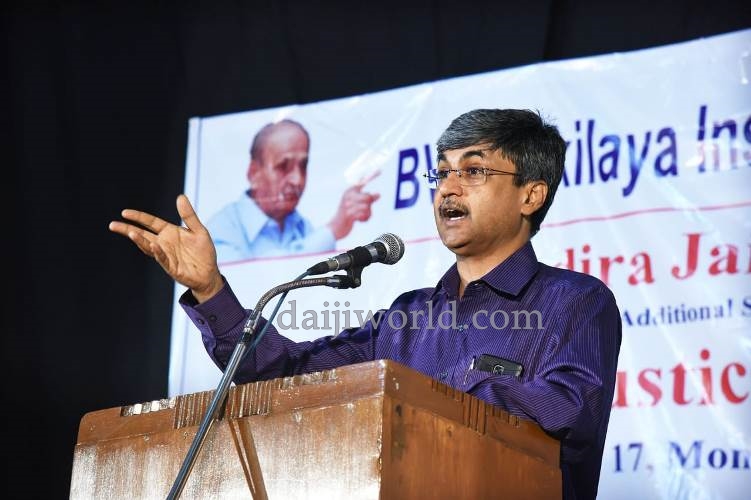 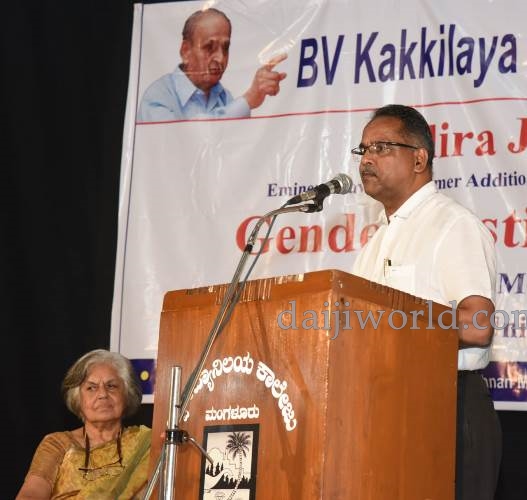 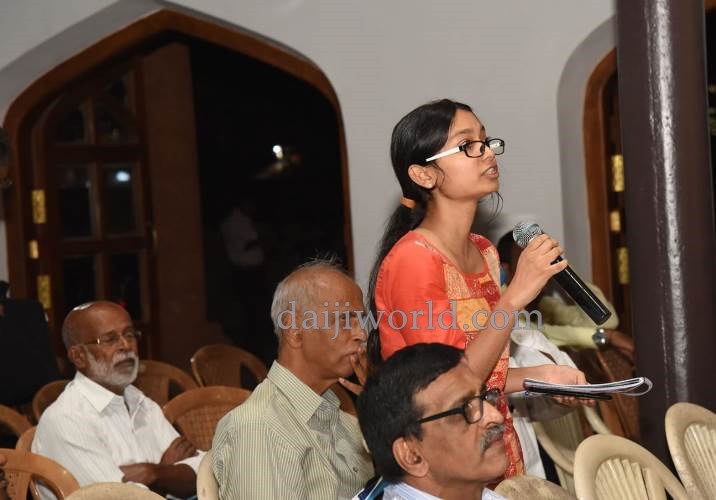 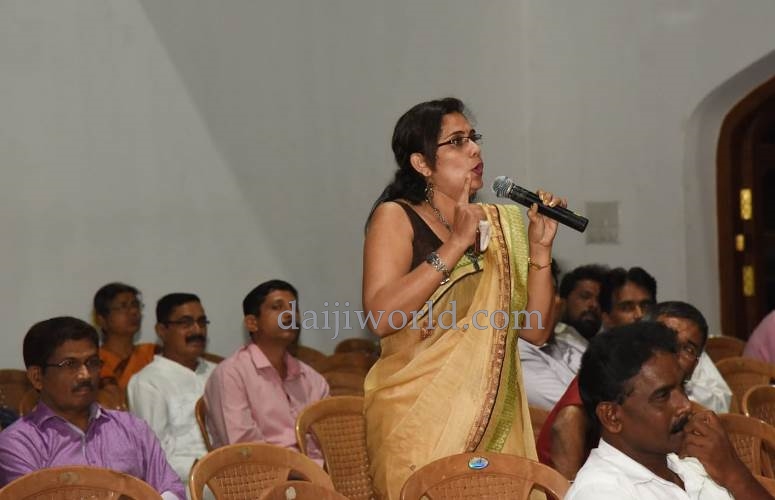 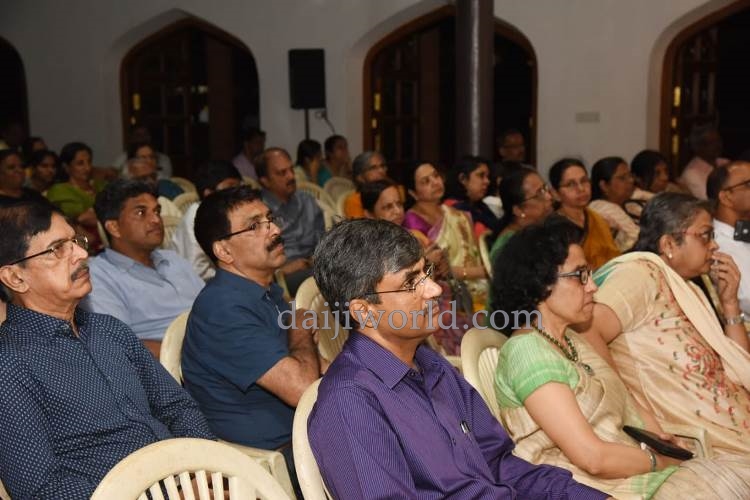 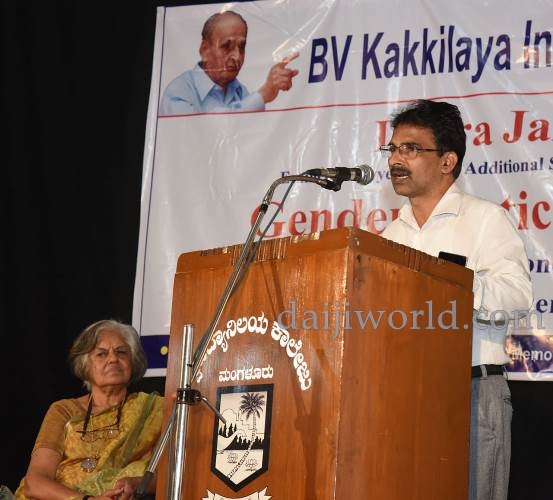 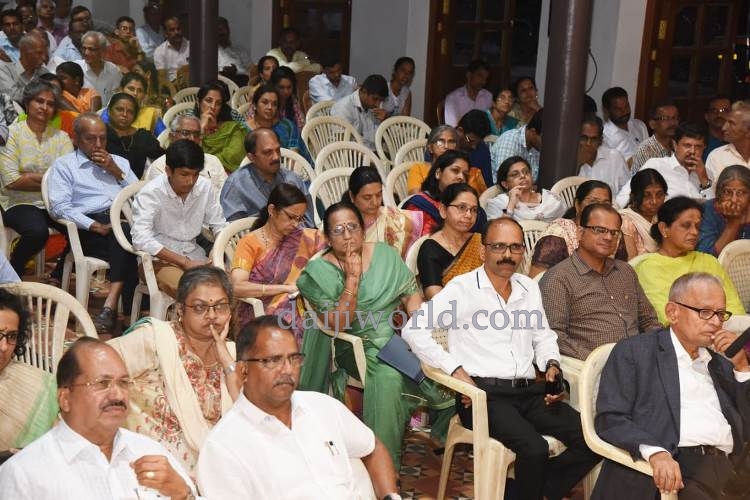 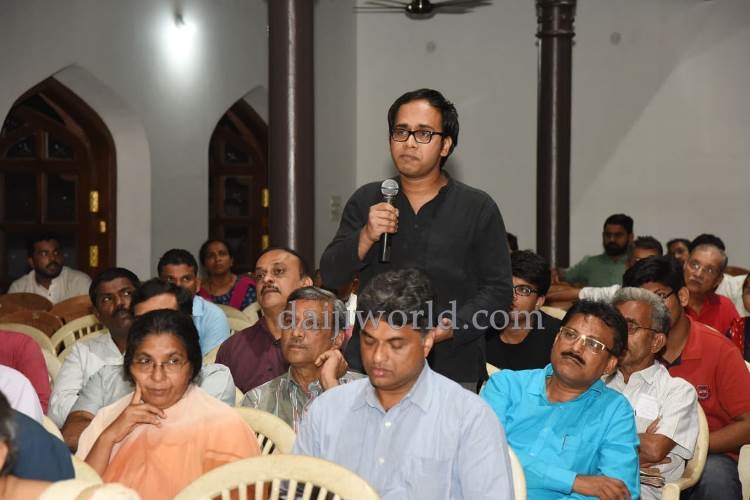 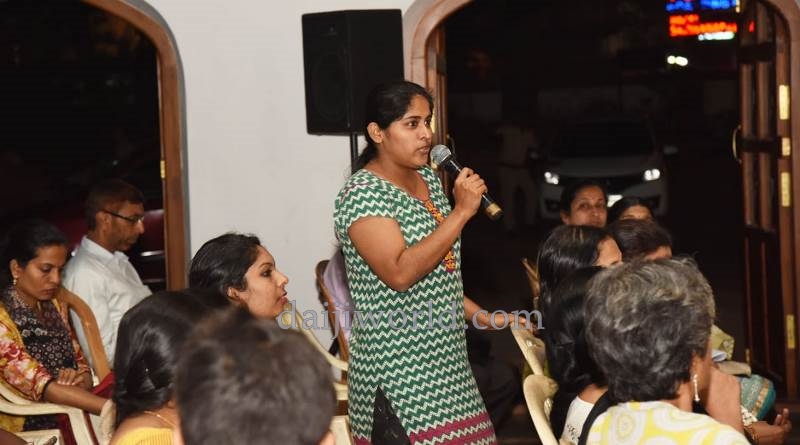 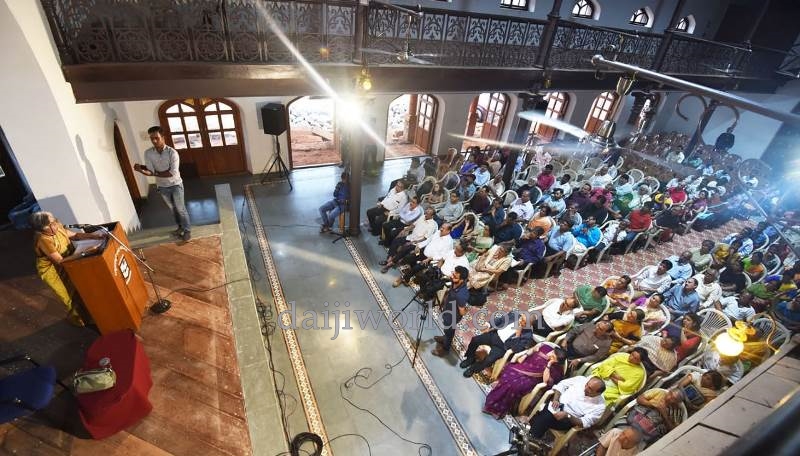 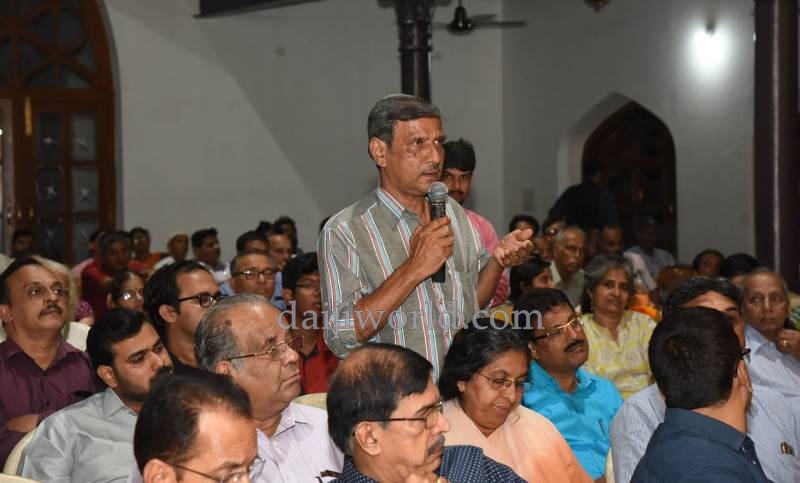 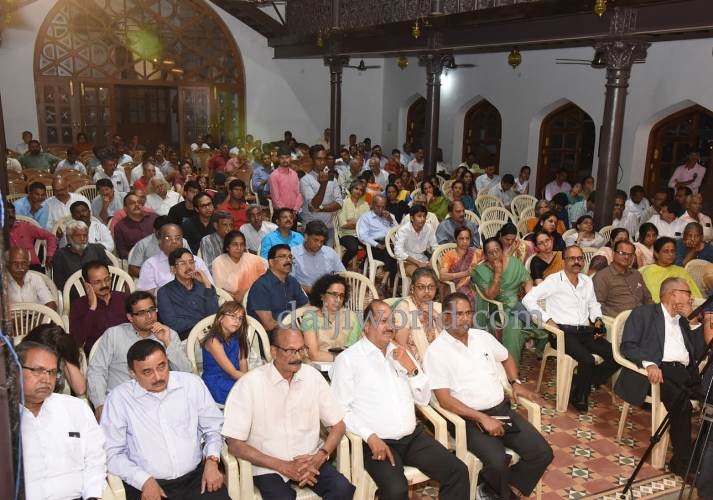 Speaking on the debate over 'constitutional morality' especially in light of the recent statements by Attorney General K K Venugopal, Jaising said, "Everything that happens in the legislature, the judiciary and the executive must be governed by constitutional morality. As far as our understanding goes, it (constitutional morality) is the principles contained in the preamble of the Constitution of India - liberty, equality, fraternity, dignity; it is the freedoms contained in the fundamental rights of the Constitution; and it is the guidance given to all the states under the directive principles of state policy. Very often it is thought that the directive principles of state policy are only meant for the judiciary and the lawyers. This is not true. The state includes the executive and legislature as well, so we have clear set principles based on which the provisions of the Constitution are interpreted."

Elaborating on the meaning of the term 'gender', she said while 'sex' is biological, 'gender' is a sociological construct. "While constructing gender, you will find patriarchy and misogyny as deeply essential elements, the determinants, of what is considered to be gender. In public domain as well as inside the courtroom, there is a construct of what is considered a 'good woman' and a 'bad woman', a 'good victim' and a 'bad victim', and it is only the 'good victim' who is deserving the protection of the state. And so it is important to say a few things about the role of misogyny and patriarchy in the construction of what is considered a good woman. The world over, there has been a shift of politics towards the right, whether it is in India, or the United States or in the Middle East. We have experienced this right-wing shift in India in the last four-and-a-half years. We all know that we are heading towards the general elections which will bring to an end the right-wing politics of five years, hopefully."

She also said that the combination of 'hypernationalism' seen in the last few years and 'religious conservatism' has been a big worry for women in India. "What this combination does is that it takes away the agency of women. We are no longer able to make our own choices - what kind of food we wish to eat, what kind of clothes we wish to wear - all this is traceable to a particular concept of what is considered a good woman. The question is, where is this coming from? As a practising lawyer who is obliged to read texts, as far as I can see, this is coming from Manusmriti... which is deeply anti-women," she said, adding that there is a statue of Manu in the Rajasthan high court, and women's demand for its removal has been met with hostility bordering on violence. She also said that even according to the texts by RSS ideologues like M S Gowalkar and the political party BJP, the role of the woman was confined to the household and as producer of children. "If this is vision of women that is put into action by ruling parties, what protection can we expect for women?" she said.

Referring to the Supreme Court's landmark judgement on Sabarimala issue, Jaising said, "The judges placed on record that they were basing their judgement on constitutional morality. It is unacceptable to our Consitutition to say that women cannot enter a temple. As someone who argued the case, I can tell you that some of the men who were arguing for the temple were hesitating even to say the word 'menstruation'. I argued that only women menstruate and men do not; it was a straightforward biological function that they were objecting to, so it was a discrimination based on sex. And the Constitution says there shall be no discrimination based on sex."

Hitting out at the 'rule of the mob' that 'prevents women from living the kind of life they wish', she said, "All this is coming from an ideological approach towards women which is misogynistic, and from patriarchal notions of religion. We are supposed to behave like good Hindu women, that's it. What this approach does is, it denies the woman any agency of her own." She said during 2004 and 2014, several schemes like MNREGA and Food Security Act were passed which guaranteed employment and food to women and families, and also acts against domestic violence and sexual harassment. "Of course, this does not mean there is no violence. According to the latest UN report, over 80 percent of the women who died did so in their homes. This raises the question whether women are safe in their homes anymore," she said, quoting from the UN report, adding that most women were victims of violence committed by intimate partners or close family members who are conditioned to widely accepted societal norms of men's authority, where men who hold on to rigid rules are more likely to resort to violence.

"Right-wing ideology is responsible for a large amount of violence against women - if they (women) dare to step out of the role assigned to them by that ideology," she added. She also lamented that a large part of the Nirbhaya fund which is reserved for women's security had remained unspent, and that the Beti Bachao campaign had failed to improve the sex ratio in states like Haryana despite changes being introduced.

She also spoke briefly on the Supreme Court judgement on the issue of triple Talaq, stating that healthy developments in gender justice in the last four years has come largely from the court rather than the government. "I would also like to point out the hypocrisy of governments in the implementation of Sabarimala and triple Talaq judgements. Our goverment at the centre lost no time in claiming that they were the guardians of the Muslim women, that they had abolished triple Talaq. They introduced a law criminalising triple Talaq. It was unanimously rejected by the women's movements, because what we wanted was triple Talaq to be declared unconstitutional, we did not want it to be declared as a crime, as once declared unconstitutional, it cannot exist. Now look at their (central government's) approach in Sabarimala case. We all know there is a huge physical protest going on at the site of the temple. We also know that the BJP leaders have gone on record urging policemen at the temple site to act according to their conscience rather than the judgement of the Supreme Court. It is the first time I am seeing a ruling party urging people not to implement a ruling of the Supreme Court. It came to be as a big shock, but I have no doubt that such active disobedience of the order of the Supreme Court will be a subject of discussion before the Court," she said.

"True gender justice means giving agency to women to take all decisions about how they wish to live their life. Liberation also has to come by empowering women especially economically. The right to earn a livelihood is the right of every woman, married or unmarried, and not be economically dependent on anyone. They must be able to walk out of a bad marriage without feeling economic stress. There are many who stay in a bad marriage because they cannot afford to walk out of it. One approach is where you give women the agency to live their own life, and the other approach is the Hindutva approach which sees women as nothing but procreators of sons. I love my country and my entire career has been devoted to gender justice. I believe the Constitution of India is in danger of being hijacked, and I believer it is my duty to defend the Constitution," she said.

She also lauded the #MeToo movement, stating that it was a proud moment in Indian history, as for the first time, women have found their voice and been brave enough to call out men who sexually harassed them.

Dr Srinivas Kakkilaya introduced Indira Jaising and welcomed the gathering. Principal of University College Uday Kumar also spoke on the occasion. Nagesh proposed the vote of thanks. Jaising was honoured with a memento as a token of gratitude.