Kundapur, Oct 7: "Though the country was divided as Pakistan for Muslims and Hindustan for Hindus under the leadership of Gandhi, today a situation is created wherein Hindus have to hold road protests to get each and every right of theirs," said Vidya Mallya, pramukh of Durga Vahini, Mangaluru division.

Vidya was speaking at the huge protest rally organised jointly by Vishwa Hindu Parishad and Bajrang Dal Basrur zone against the cow thieves, Love Jihad and theft at temples at Basrur on the evening of Saturday, October 6. 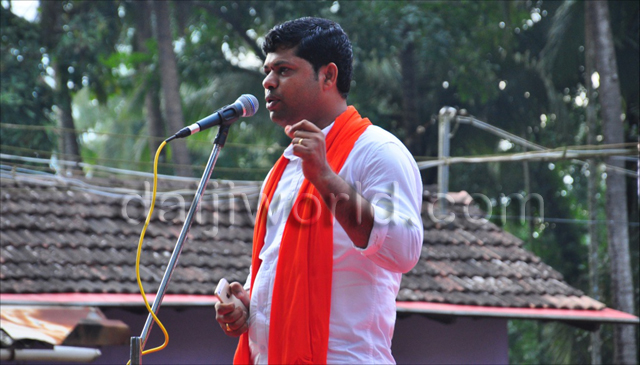 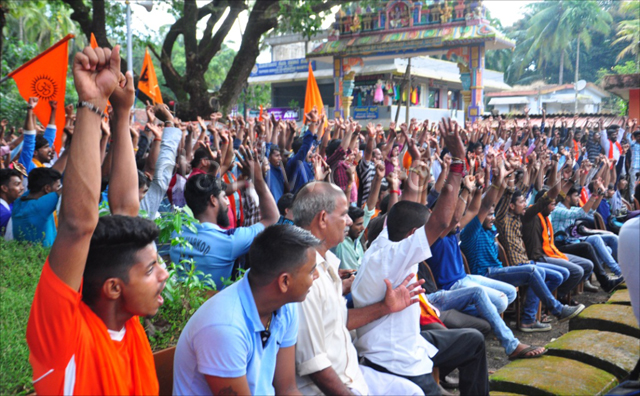 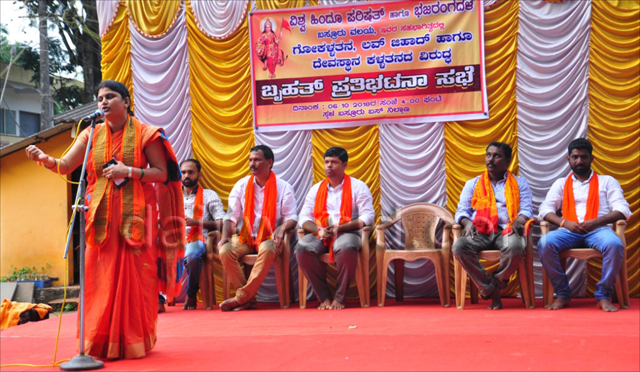 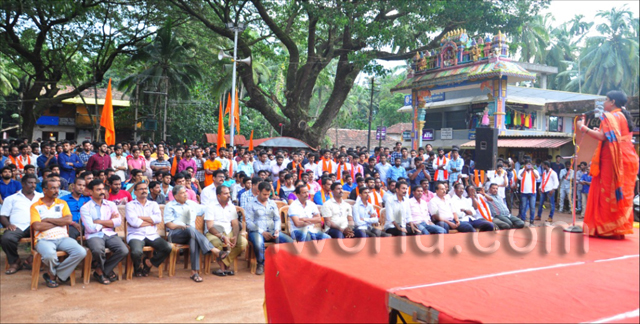 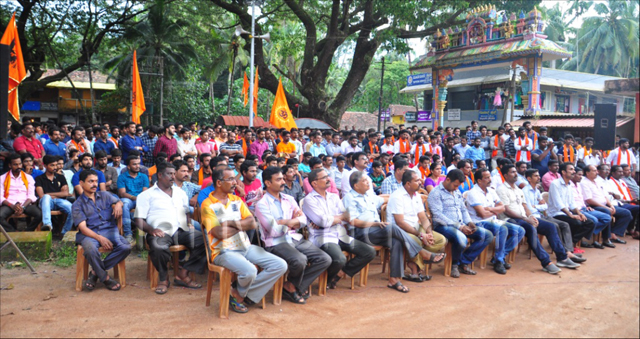 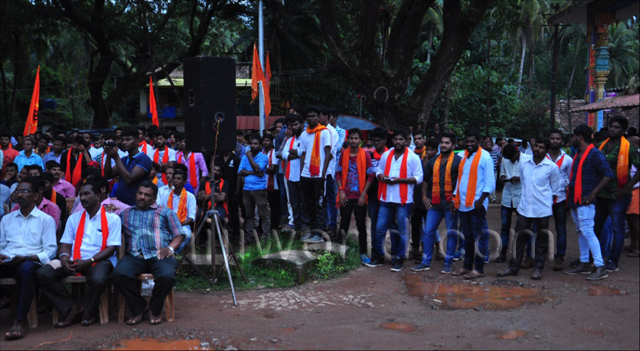 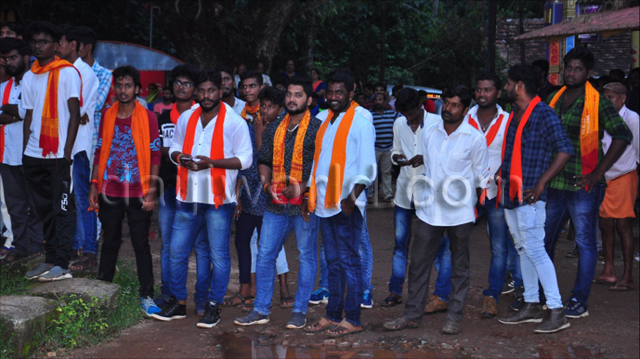 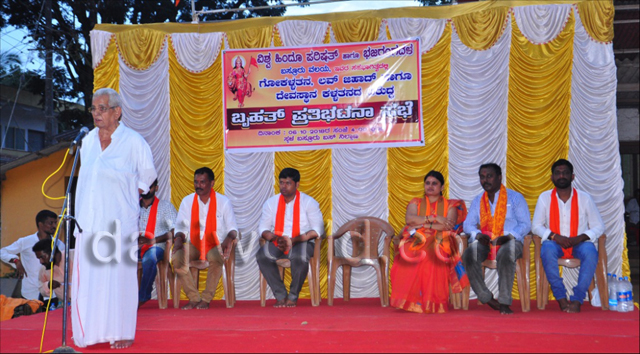 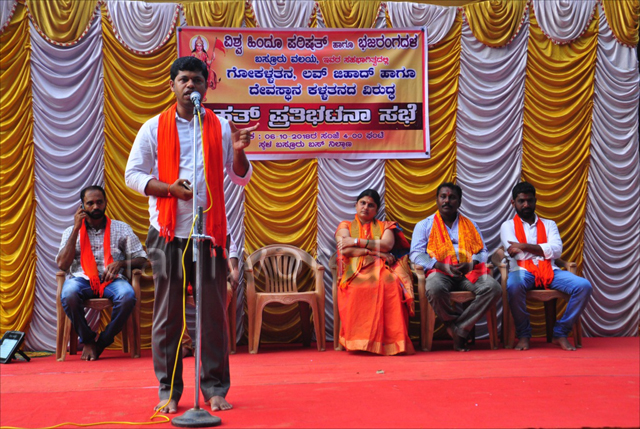 Continuing her accusations, Vidya said, "Supreme court has given a verdict on Sabarimala shrine, which is one of the highly holy and devotional places for Hindus, which is against the beliefs of the Hindus. We respect the judiciary. However, above that is the respect of our religion. Congress party and people belonging to other religions are continuously attacking the Hindu religion. This is the path that was drawn by the British. When British were ruling India, the number cows was more than four times of that of the population. However, now all preparations are being done to finish off the Hindus."

"The cow thieves are increasing day by day. The girls of Hindu religion are being converted. If these atrocities continue, then we have resort to actions similar to that is done by the police. The 'Gorakshana Pade' is ready for this job. All should join hands together for the protection of cows," added Vidya.

Suryakant Basrur rendered the vote of thanks. The event was compered by Surendra Sangam.