Modi also announced an ex-gratia of Rs 2 lac per person to the next kin of the deceased and Rs 50,000 to those seriously injured, from Prime Minister's National Relief Funds (PMNRF).

According to reports, the aerial survey was cancelled on Saturday morning due to bad weather. 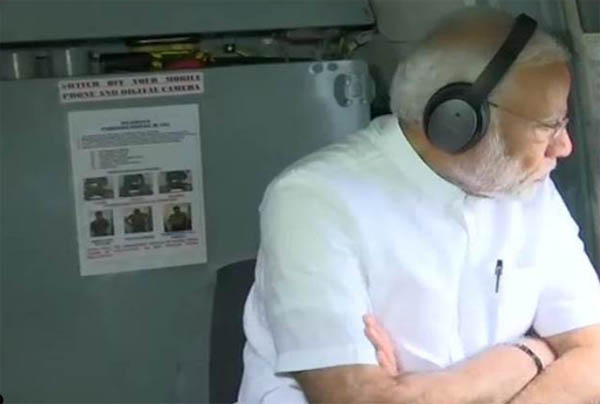 Kerala is witnessing one of the most savage monsoons in over a century with over 2 lac people being displaced since August 8.

The PM arrived at Kerala on Friday night.

Last Sunday, Union home minister Rajnath Singh had undertaken and aerial survey of the flood-ravaged state and the centre had extended a Rs 100 crore package.

Thousands of people are still perched on trees and rooftops, waiting to be rescued.