Mangaluru, Jul 12: Henceforth, 'Indian Constitution' would be taught as a mandatory subject and part of the curriculum in all the schools in the country being run by Catholic churches, from standards 1 to 10.

This decision has been taken by the education and culture department of Catholic Bishops Conference of India (CBCI). To enable the schools to teach the contents mentioned in the preamble of the constitution, a nine-page handbook was released on Wednesday July 11.

Catholic churches have been running over 75,000 educational institutions in the country with combined student strength of six to seven crore. CBCI has expressed the opinion that if they are taught about the introduction, values, and principles of the constitution, a sense of genuine patriotism, national integration and love for their country can be inculcated among the students. 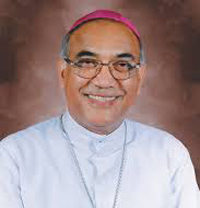 Expressing happiness at this development, Mangaluru diocese bishop, Dr Aloysius Paul D'Souza, said that this is a right step. He said that arrangements would be made to teach about Indian Constitution in all the educational institutions falling under his diocese. Currently, in addition to the subjects listed by the government, moral education is being imparted. Indian Constitution would be taught along with moral education, it is gathered.

The said decision was one of the several decisions taken at the 33rd conference of CBCI held during February this year at Bengaluru, in which 176 bishops had taken part. This has already been implemented in Kerala.

In the second phase, importance of the preamble would be explained, and group discussions, quizzes, essay competitions, poster competitions etc would be held.

In the third phase, skit on the subject, 'We the citizens of India', would be staged.

Helping the students to properly assimilate the meanings of words like sovereign, socialistic, democracy, secular, republic etc would be undertaken in the fourth phase.