Mangaluru, May 30: As torrential rains continue to lash the coastal districts, besides the emergency services, good Samaritan individuals and establishments have risen up to the occasion, offering assistance to those in need.

In the backdrop of cyclone ‘Mekunu’ hitting Dakshina Kannada on Tuesday bringing the district to an abrupt halt, locals responded to the distress with hashtags #Staysafekudla #Mangalorerains. Several individuals and establishments have taken on to social media sending invites to those stuck in rains and are also sharing alerts, traffic updates and helpline numbers.

"'Mekunu' has hit coastal Karnataka and Mangaluru is flooded. We are concerned. If anyone needs shelter, we are a call away. @onyxairlounge. Issued in public interest,' a post on the social media page of Onyx Air Lounge was widely shared. "We saw people, especially two-wheeler riders stranded on road without shelter. Hence, we decided to keep our restaurant doors open to anyone in need. In just one hour after we posted the invite on social media, around 25 people are resting in our restaurant premises," says Onyx Manager Umesh. 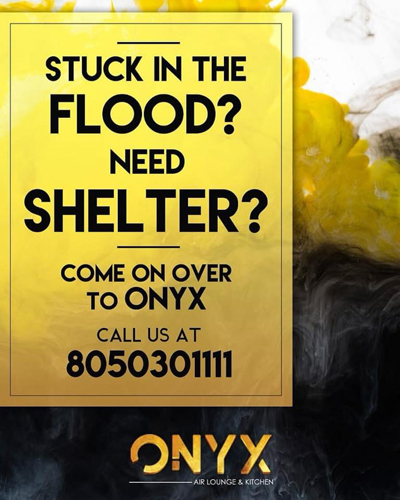 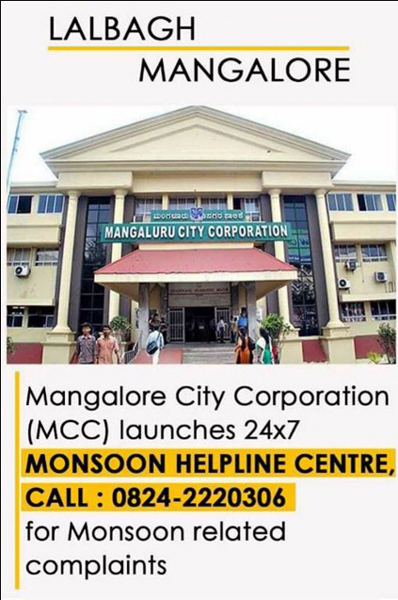 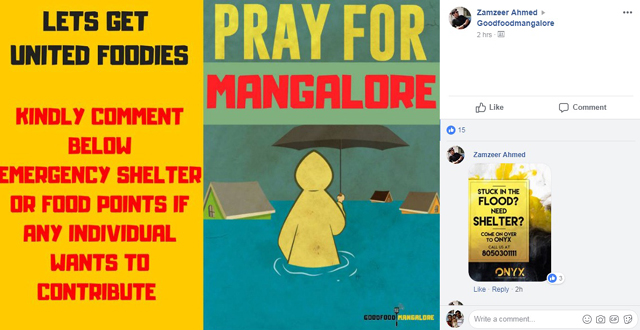 Samsun S Sequeira, another resident is coordinating on Whatapp and Facebook to help those stuck at MG Road. "Since roads are not motorable and people are stranded, we are coordinating with a group of residents to allow those stuck in rain inside their residence. Some of them have confirmed that they are ready to provide locals with first aid kits and some edibles," he said.

A helpline by RSS and BJP workers offering any kind of assistance to those in need due to the havoc rain created in Mangaluru was also doing the rounds. Newly-elected MLA of Mangalore South Vedvyas Kamath has posted the helpline of BJP and RSS offices for the rain victims.

Sudhir Shetty, a resident of Pumpwell took to social media to invite people to his house. "I heard the situation is very bad in Pumpwell. I have shared my number and anyone is free to walk into my house for shelter and food," he said. 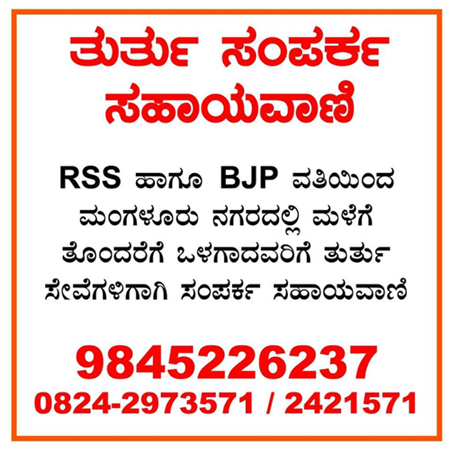 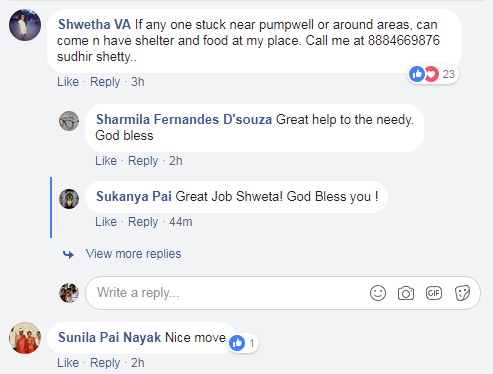 Zamzeer Ahmed, founder of GoodFoodMangalore social media platform, that connects over 31,000 foodies in the city, is using his page to help good Samaritans to connect with those stuck in rain. The thread ‘let’s get united foodies’ on his page has details of restaurants which are opening doors to people.

Meanwhile, locals have proactively joined a rescue effort. The emergency services were seen deploying boat to ferry children of a local school near Alake.

With regard to the water clogged on the main road, civic activist like Ashok L mostly attributes it to the failure in the city infrastructural planning. "MCC has concreted road with a little or no appropriate planning. There are no drainages, where will the water sink in? There is an absolute mess of handling public road infrastructure. The waterlogging on Mangaluru’s prominent roads is an example of this," Ashok said.