Bengaluru, Feb 10: The last few days brought much cause for rejoicing here as the Catholic edition of the ESV Bible, one of the ‘most distributed Bibles’ in the world, was launched. Also, Asian Trading Corporation (ATC), wholesale distributor of biopic, historical and religious books, which turned 50, has grown in age, stage, and stature.

The launch of ESV-CE (English Standard Version – Catholic Edition) Bible took place on February 4 as Oswald Cardinal Gracias, archbishop of Bombay, and president of the Conference of Catholic Bishops of India (CCBI) officially released the first copy of the first edition.

Earlier, he had granted the ESV-CE the mandatory imprimatur on behalf of the CCBI (an official approval issued by the Roman Catholic Church which permits the printing of an ecclesiastical or religious book). The Pope Paul VI auditorium of the St. John’s National Academy of Health Sciences quivered with awe and controlled excitement as 140 Bishops from across India, CCBI office bearers and the city’s own revered Archbishop Bernard Moras, witnessed the event and got their individual copy of the new ESV–CE Bible, published by Asian Trading Corporation (ATC). 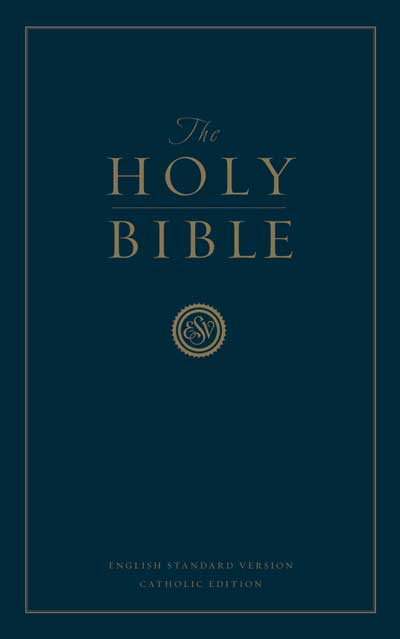 The ESV-CE is an adaptation of the ESV Bible, which was first published in 2001 as an adaptation of the Revised Standard Version (RSV) Bible. The Catholic Church in India used the RSV for decades in the Liturgy. Eight scholars from across India, led by head of Scholars’ Committee Fr Dr Lucien Legrand worked on the translation process comparing it to the original Hebrew, Aramaic, and Greek texts. Nigel Fernandes, CEO of ATC, co-ordinated the project. After careful scrutiny and examination of the completed work, the CCBI Commission for Bible headed by Fr J Susaimanickam recommended the ESV-CE to the CCBI to be used for liturgical readings. This ‘essentially literal’ very first edition is recommended for public reading, preaching and private meditation, academic and devotional study. Like eminent Catholic scholar and master of ceremonies, Fr Dr Assisi Saldanha, put it, “With its commitment to literary excellence, the ESV-CE is well suited for in-depth study of the Bible.” On the occasion, two other important books were released – “The Order of Confirmation and The Order of Celebrating Marriage” – published by ATC in collaboration with CCBI Commission for Liturgy.

All the speakers on the occasion lauded the work of ATC and said that it is a remarkable example of the unique contribution which the laity has made to the mission of the church. They also lauded ATC’s contribution to ecumenical collaboration. Archbishop Bernard Moras commended and specially felicitated Nigel and Brenda Fernandes with a shawl and garland for the work of ATC in Bengaluru archdiocese and for reaching Christian literature to different corners of India and the globe.

In 1968, Bengaluru welcomed its first ATC bookstore in Brigade Road started by the late Fredrick Pais. (ATC founded in 1946 in Bombay), ATC was the Catholic resource centre for seminaries, convents, monasteries, religious houses, educational institutions and the laity. Today, ATC has become the most frequented Catholic bookstore in Bengaluru with 4 outlets across the city. ATC has published over two thousand titles, is one of the few bookstores to sell Catholic and protestant titles of various publishers side by side. ATC also has a great collection of books on self-help and current interest. Books published by ATC are today popular in Bookstores and Church stall across South East Asia.

ATC is the only lay organisation to publish four Bible translations in Asia – the Revised Standard Version (RSV), RSV Second Catholic Edition, the New Living Translation Catholic Edition (NLT-CE), and ESV-CE. ATC has the distinction of having Pope Emeritus Benedict XVI write a personally signed letter in April 2010 to Fr Joseph Fessio, the editor of Ignatius Press, San Francisco requesting him to grant rights to ATC to publish the Pope’s books for Asia. In addition to Pope Benedict’s books, ATC has also published the writings of Pope Francis, St Mother Teresa, Fulton Sheen, Henri Nouwen, etc. The recent bestsellers from ATC include the very popular Youcat Series. In the pipeline are the 3 volume Lectionary Chapel edition of the Missal for India and several other exciting titles.