Udupi, Jan 15: In a strange incident, it was found on Sunday January 14 morning that the thieves who had stolen silver ornaments and valuables from a Daivasthana about three months back, had kept a few of the stolen silver sheets back at the Daivasthana.

Thieves who had entered Neecha Daivasthana at Katapadi Yenagudde - Agrahara Durga Nagara in the taluk on the night of October 2 last year had taken away the idol of Neecha Daiva along with its silver aureole, silver frame of the door beams and the door, two handles which served as weaponry of the Daiva and some other silver valuables.

While the police were investigating the case, the devotees had sought intervention of the presiding deity of the Daivasthana, Neecha Daiva. They had prayed for divine intervention to ensure that the stolen items are returned. They had also put up an astrological query as per which they were given to understand that the stolen items would come back to the Daivasthana before the next Makara Sankramana. 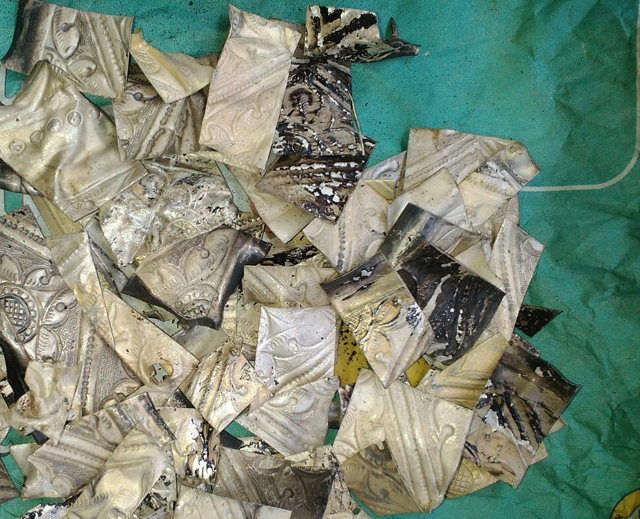 The police came there and took into possession the recovered items. The items now found are believed to weigh about 200 grams.