Aug 13: The self-destructive Blue Whale challenge has claimed life of a Class 10 student hailing from West Bengal, who suffocated himself in order to complete the game.

Fourteen year old Ankan Dey was a student of a local school in West Midnapore district. On Saturday he returned from school and told his mother that he will have lunch after bath. However, as he did not come out from bath even after a long time, his family broke open the door to find him lying motionless with his head was covered with a plastic bag tied tightly around his neck with a cotton cord.

He was rushed to the hospital but pronounced brought dead. As per reports, he was last seen playing the Blue whale online challenge.

The game is known to have taken lives of over 150 vulnerable teens across the world. Three such cases have earlier been reported in India too. 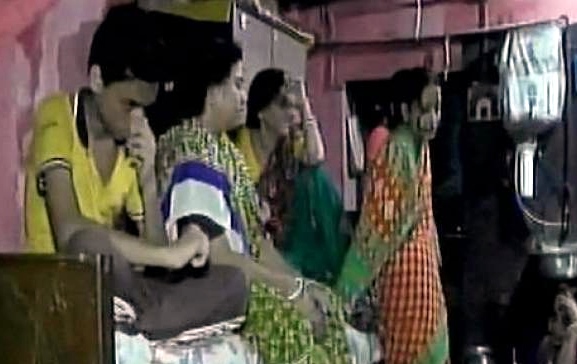 The tasks assigned are extremely dangerous and includes self mutilation, watching horror content alone, standing at the edge of a bridge or balcony etc. The final task is always suicide and the ‘handler’ gives instruction to the teen on how to end one’s life.

Last month, a student of Class 9 in Mumbai's Andheri committed suicide, apparently because of the Blue Whale challenge. He posted what he called his "last picture" on Instagram before jumping off a building in the Andheri suburb. A 13 year old boy from Indore also tried to take his life by jumping from the third floor of his school building but fortunately was saved after intervention from his friends and teachers.

The game is believed to be created by Philipp Budeikin, a 22-year-old Russian psychology student who was later expelled. Budeikin says that he aims to "clean" the society by pushing those who have no value to commit suicide. He terms people who participate in the game as "biological waste".