MUMBAI, Mar 2 (TOI) : Two years after his arrest, charges have been framed against Fr Lawrence Johnson (52) for allegedly abusing a teenage boy from his parish in Shivaji Nagar. The court framed the charges under section 377 (unnatural sexual offences) of the Indian Penal Code and sections under the Protection of Children from Sexual Offences (POCSO) Act. The case will come up for hearing on March 10.

The prosecution said that on November 27, 2015, the victim visited the church with his brother. After prayers, the accused called the boy inside to keep a box, closed the door from inside and sexually assaulted him, it said. The prosecution said in a statement to the magistrate that the child said a similar incident took place in August 2015. It said the boy was examined on December 1, 2015 and medical evidence showed injuries to his private parts. The case is registered with the Shivaji Nagar police station. 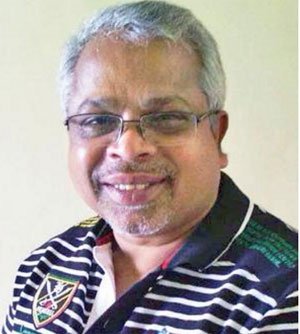 Last year, the special POCSO court rejected the priest's bail plea. The defence said the priest was dedicated to the church for 15 years. It said he used to allow concessions for students in school fees and this was afforded to the victim and his siblings for some years; subsequently a false case was made up as it was refused.

The Archdiocese of Bombay had appointed a three-member committee to conduct an internal investigation. Fr Nigel Barrett, spokesman for the archdiocese, said, "The inquiry report has been submitted to the Vatican, which will decide if there is merit in the allegations. I am not privy to the outcome of the inquiry." The priest is receiving legal aid from the Conference of the Diocesan Priests of the archdiocese as part of his "right to defence".

The case will be a litmus test for the Catholic Church on handling such sensitive matters. Punishment could range from censure to suspension or dismissal from priesthood. For now, it seems disrobing Fr Lawrence Johnson, divesting him of priesthood, could take years, if it happens. Fr Nigel said, "The common practice in such cases that we await the court verdict before taking a decision. We do not want to be seen as influencing the legal process."
Meanwhile, Fr John Almeida, who has taken charge of the troubled parish, said the boy's family had left the locality. "We are trying to win back the community's confidence. The parish is split over the incident and we are careful not to take sides," he said.