Mangaluru, Mar 21: Ever heard of producing energy out of something as simple as a kite? That's exactly what a 22-year-old student from the city's Srinivas Institute of Technology has developed, and what's more, even won a national award for it.

Roystan Vijay Castelino has done the city and his hometown proud by winning the national Gandhian Young Technological Innovation Award, for his project on producing high-altitude wind energy using a kite, which he claims to be a revolution in the field of renewable energy. 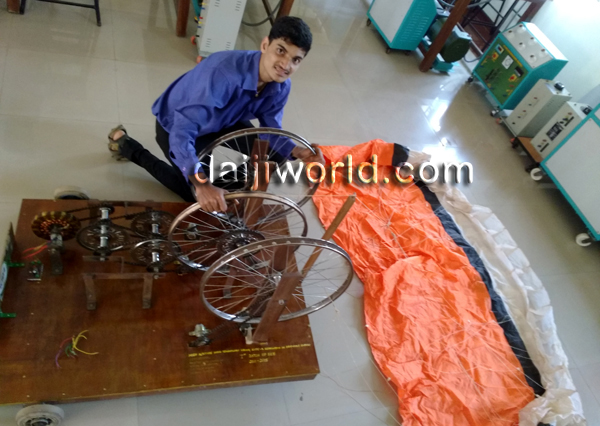 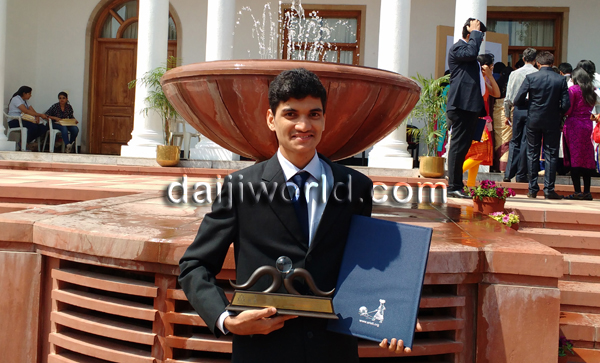 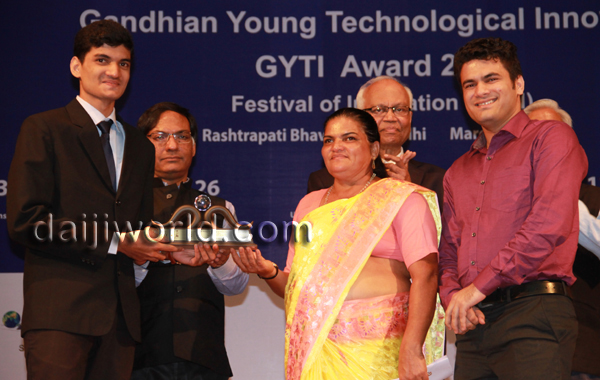 Royston with his mother Agnes Castelino and brother Rohith Castelino 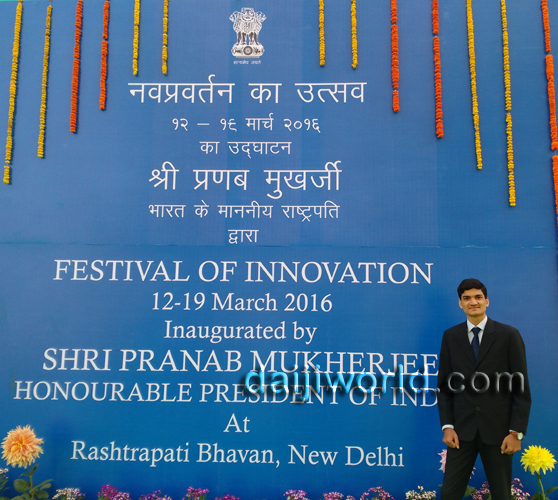 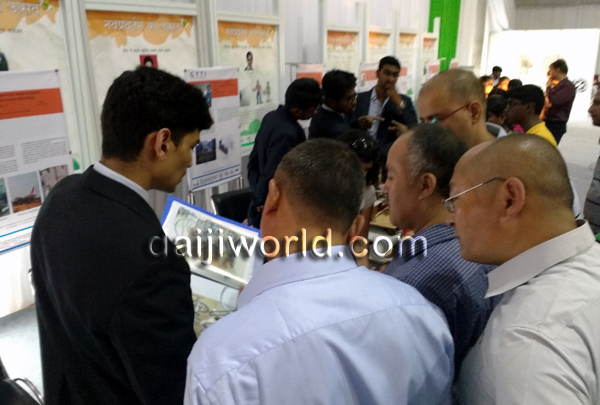 The award was presented on March 13 in a ceremony held at the Rashtrapati Bhavan, New Delhi, by Dr R A Mashelkar, FRS, chairperson, National Innovation Foundation-India (NIF) in the MLM (More from Less for Many) category. The event had been inaugurated by President of India Pranab Mukherjee on March 12. Out of 2,363 nominations, 43 projects were selected from different fields.

Roystan Castelino, son of Marcel and Agnes Castelino from Nakre village of Karkala, did his schooling in Kannada medium schools in Nakre. He then did his PU studies at St Aloysius PU College, and joined Srinivas Institute of Technology, Valachil to pursue engineering.

He says that the project was undertaken in 2015 as part of his final year BE (electrical and electronics engineering) under the guidance of Prof Lokesh B. The objective was to increase efficiency of wind-power generation, make it more economical, and help in rural electrification.

Under the existing wind power system, trees are often cut and windmills have an impact on the ecology. Roystan wanted to find an alternative solution which could be both economical and environment-friendly, and one fine day, when he was at the beach, he stumbled upon idea when he saw a man controlling a kite.

Wind energy using a kite works on the principle of converting kinetic energy (pulling force) to rotational motion. With an increase in altitude, wind increases and this can generate more power compared to traditional wind turbines. This is trapped in a power kite and harvesting of energy is possible even at inaccessible locations such as offshore and elevated areas and at lesser installation costs.

The four-line power or parafoil kite was ordered from China and materials used for the project were bicycle parts, crank wheels (which formed the chain drive) and bicycle sprockets. The generator is made by modifying the ceiling fan with permanent magnets. Threads are wound over the rims of the bicycle for easy control. Wireless transmitter/receiver circuit controls the motor for handling of the kite and for winding back the thread. Chain drive is used to increase the speed economically.

Using a figure 8 shape in the sky, energy is maximised and then stored in the battery in power phase, while in recovery phase, 17 W of energy is spent for winding and controlling the thread. The project was tested using a 4.5 msq kite on the beach, where the wind speed was approximately 10 m/s. During this test, the power output obtained was 300 W.

Roystan's idea also won the 'Project of the Year' award from the Karnataka State Council for Science and Technology conducted by the Indian Institute of Science (IISc), Bengaluru, last year.

"I would like to call my project, 'Winds of Change', because if implemented, it will certainly bring a revolution in renewable energy," says Roystan. In a week's time, he will apply for a patent.