Bengaluru, Feb 4: As the curtains came down on the two-day mega global investment conclave organized by Karnataka – Invest Karnataka 2016 – the State Government patted itself on the back for having attracted a whopping Rs 3.08 lac crore investments with potential to create 6.7 lac jobs.

Karnataka’s Large and Medium Industries Minister R V Deshpande, the driving force behind the mega event from the word go, beamed with pride that projects of as much as 56 % of the total investment or Rs 1.75 lac crore had already been approved by the State’s high power panel and single window agencies of various departments and district level single window agencies besides receiving MoUs (memorandum of understanding) and EoIs (expression of interest) to the tune of Rs 1.33 lac crore. 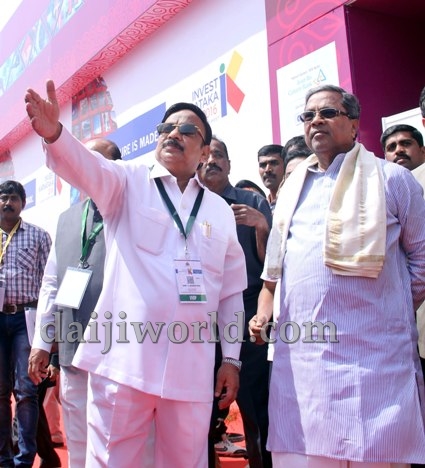 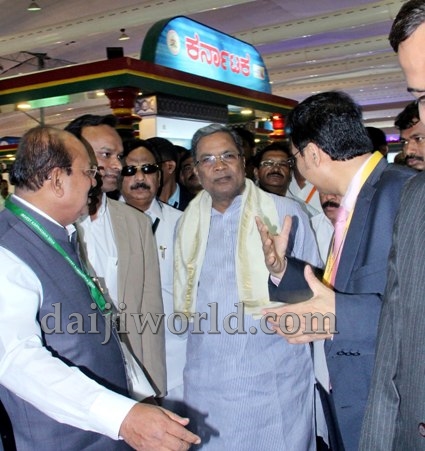 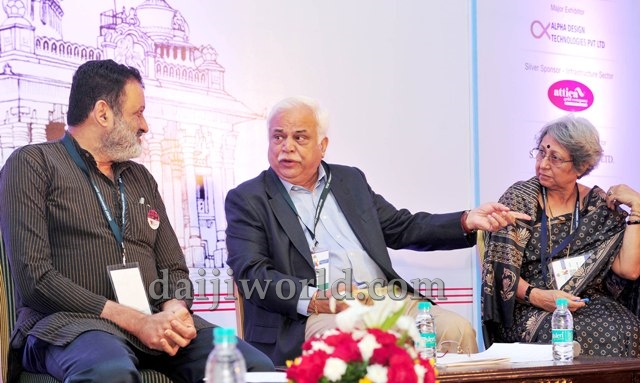 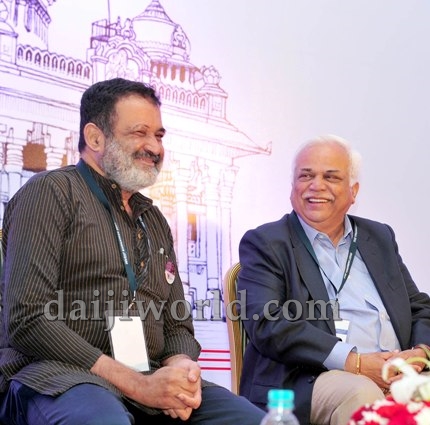 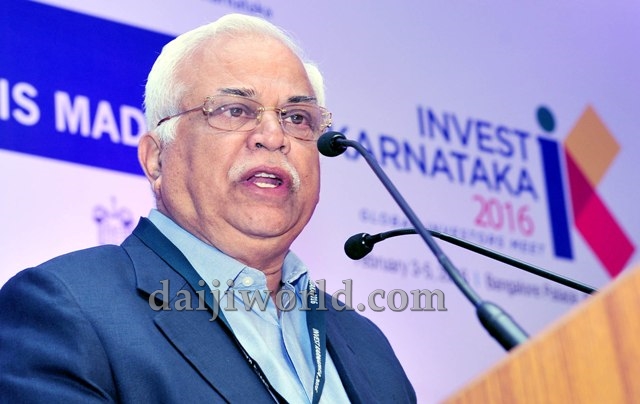 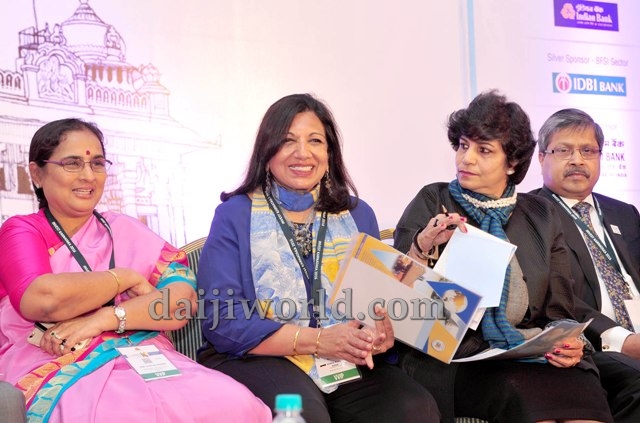 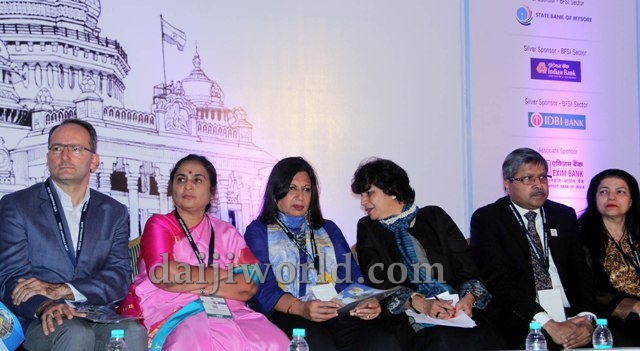 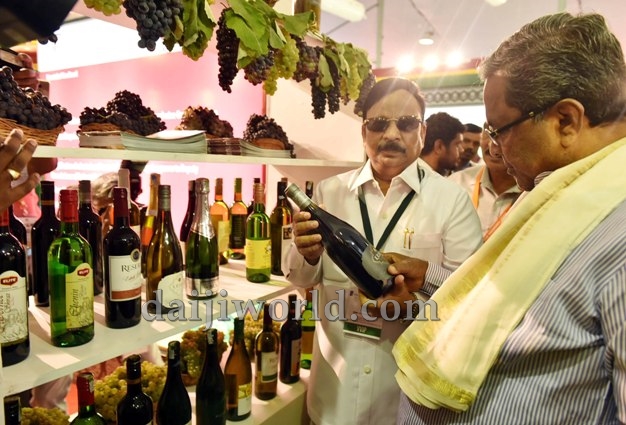 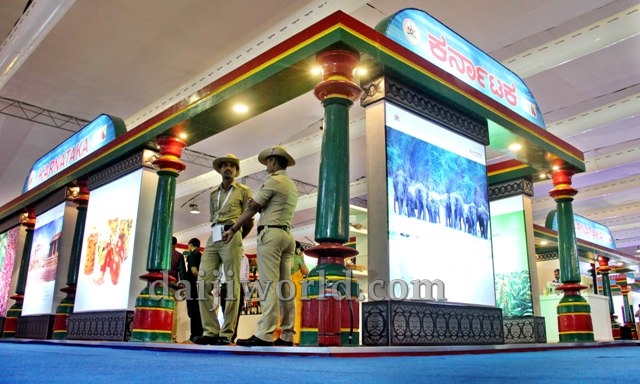 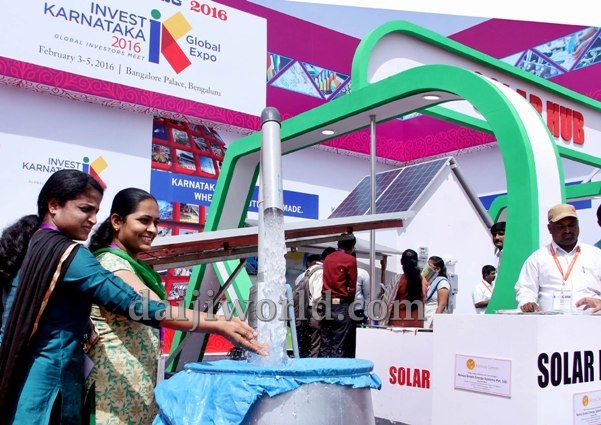 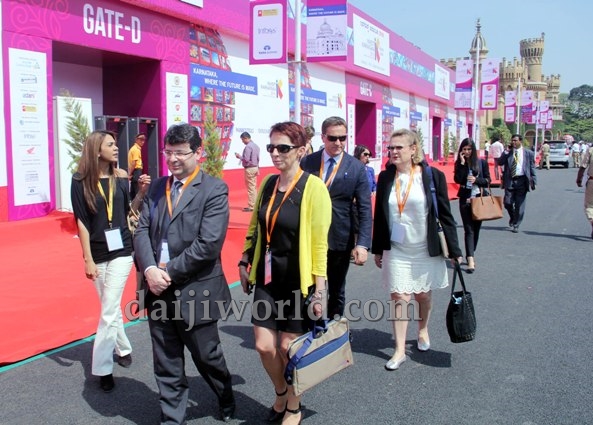 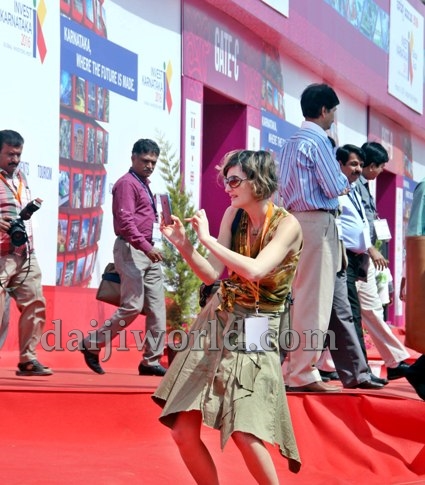 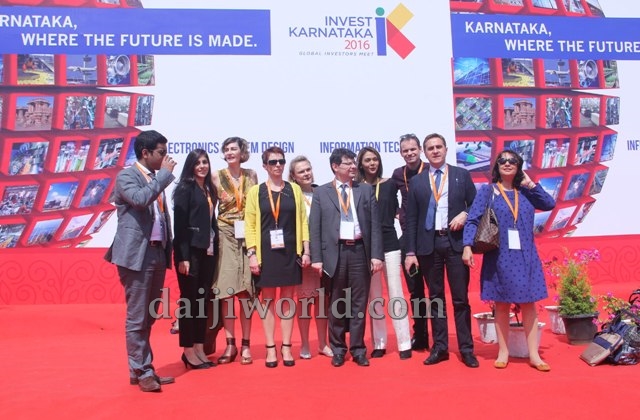 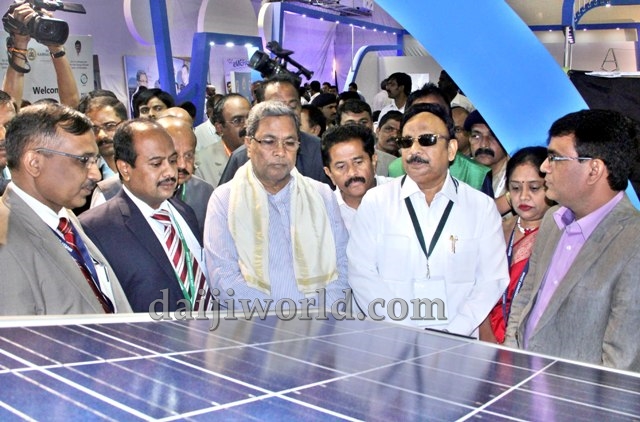 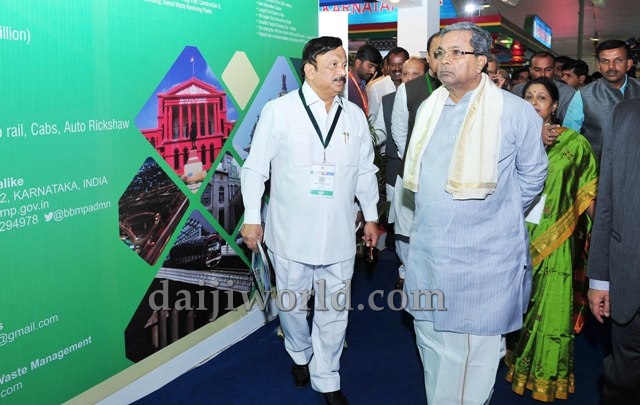 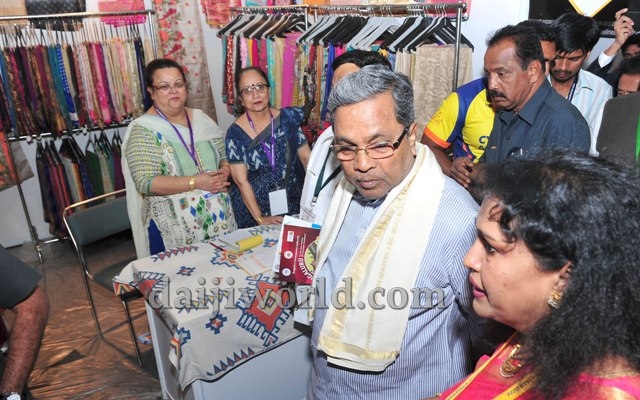 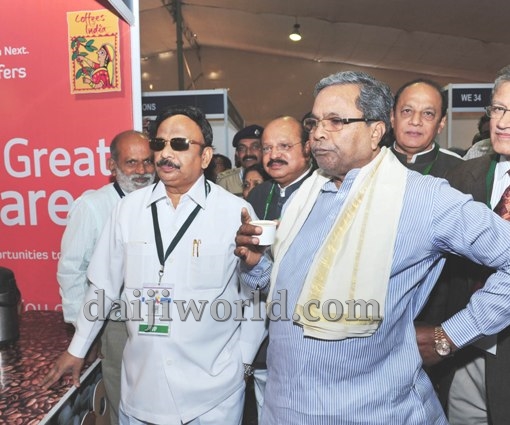 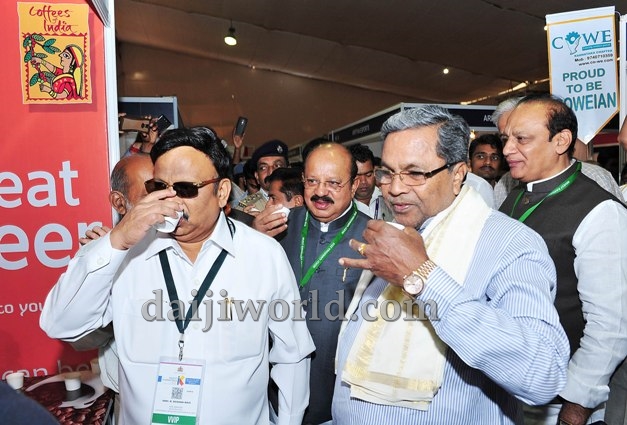 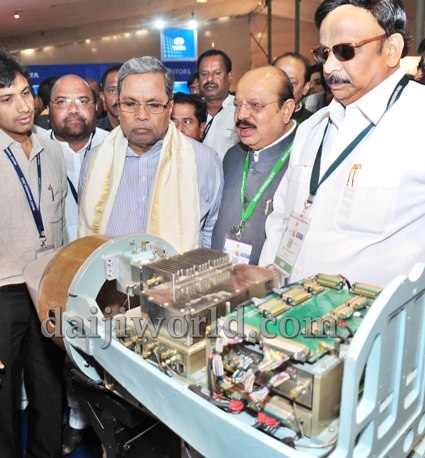 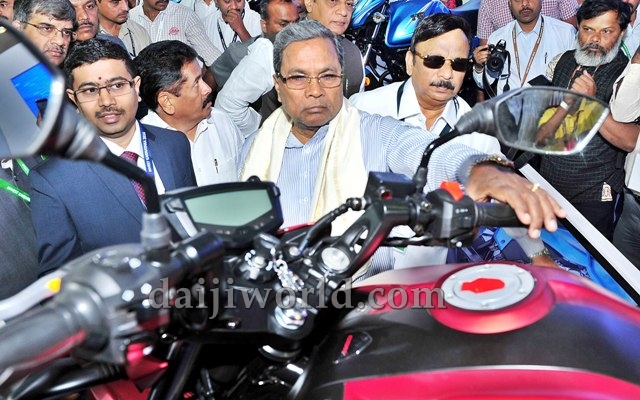 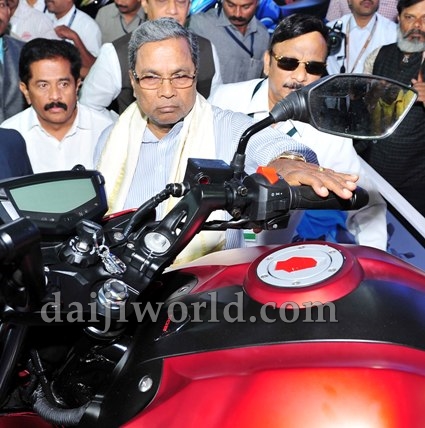 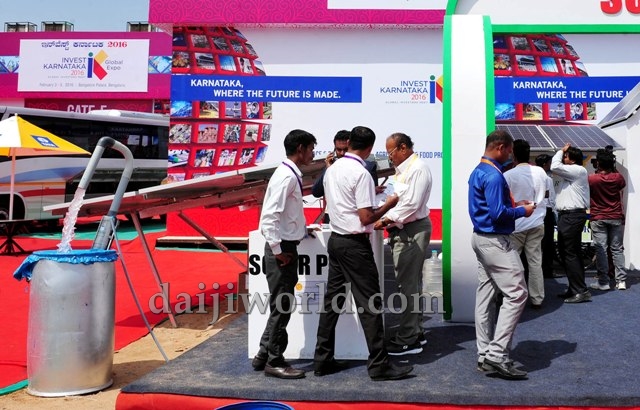 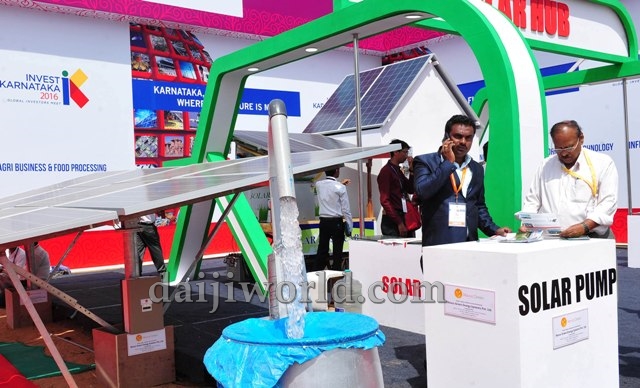 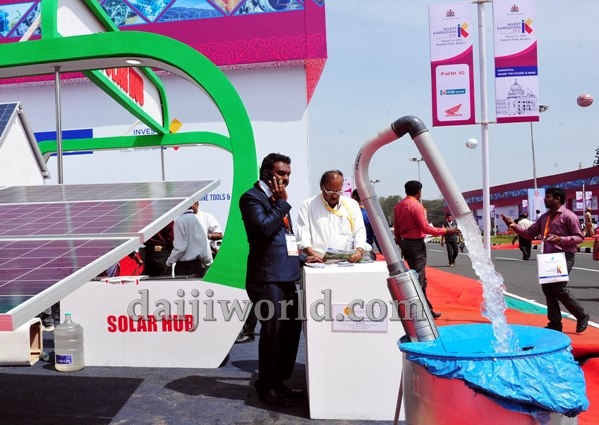 Deshpande, however, was happy that the investment of Rs 1.10 lac crore announced by Union Road Transport and Shipping Minister Nitish Gadkari in his speech during the inaugural function on executing national highway and other road projects by the next year and the promise of Union Chemicals and Fertiliser Minister Ananth Kumar on setting up a fertilizer plant in North Karnataka for manufacture of 1.3 lac metric tonnes of urea per annum were additional investments to boost the investment climate and ecosystem in the State.

The response to the first global investors summit organized by the Siddaramaiah ministry by the domestic and foreign investors, entrepreneurs and all other stake-holders was "simply beyond imagination," Deshpande said and exclaimed that the feedback from the investor community, captains of trade and industry and other dignitaries was that "Invest Karnataka 2016 is one of the best investor summit held anywhere in India."

Karnataka felt elated that the State has been able to attract investments in all the key focus sectors, including manufacturing, pharma, bio-technology, information technology, IT enabled services, agri-business, urban infrastructure, infrastructure and tourism spread over the entire State, as it is a happy augury for the growth, development and prosperity.

Pointing out that the State had received investments of the order of Rs 27,000 crore when the global investors meet was first organized in the year 2000 and the implementation rate was 66 % or realization of investment to the tune of just Rs 18,000 crore, Deshpande said the Government was keen on ensuring that majority of the investment proposals received at Invest Karnataka 2016 become a reality. In order to speed up all clearances and hurdles, the Government has appointed officials to follow up on all projects with investments above Rs 200 crore.

"We also commit to have all projects approved by the high power committee and single window committees by May 15," he assured.

Among the major investment proposals for which MoUs or EoIs were signed during the Invest Karnataka 2016 summit with amount in crores of rupees are:

Centre to partner with States for developing Railway Connectivity: Prabhu

With infrastructure being the bugbear of several states for rapid development and growth, Union Railway Minister Suresh Prabhu announced that the Centre would partner with the State Governments for improving railway connectivity by entering into joint venture agreements for ownership of assets in developing railway stations and network.

"This is an important and historic decision of the Narendra Modi government," Prabhu said in his address to the valedictory session of the global investors’ summit – Invest Karnataka 2016 – in Bengaluru on Thursday.

The joint venture initiative envisages 49 % investment and ownership by the railways and 51 % share to the States, Prabhu said asking Karnataka to be a partner in this experiment as it would be a win-win situation.

Prabhu promised "in principle" agreement for taking up the suburban railway system to ease the traffic congestion in Bengaluru, which has emerged as India’s technology capital apart from being the leading IT hub, and said it was necessary to find innovative ways to mobilise the necessary funds and modes for executing the project as a joint venture. He also mooted the idea of developing greenfield satellite railway stations on public-private-partnership (PPP) basis as a joint venture to minimize the pressure and burden on the over-crowded city railway station.

Pointing out that Karnataka had received the highest-ever investment in any railway budget last year, he promised to address the other pressing demands of the State in the forthcoming budget later this month. With 400 top-class railway stations in the country and 8.4 million people travelling in the trains, the railways offered the best possible access for marketing with maximum footfalls and eyeballs. "It is imperative that States like Karnataka must take up joint venture tie-ups for developing the railway stations," he said.

Senior Congress leader and the party’s leader in the Lok Sabha Mallikarjuna Kharge, who spoke after Prabhu, felt the joint venture proposal for the States with 51 % investment and railways sharing 41 % was unfair to the States and a clever attempt to transfer the Centre’s responsibility of spreading the railway network to the States. Karnataka and other cash-strapped states with vast areas, especially in the north Karnataka facing drought regularly, must not be burdened, he said.

Kharge also asked the Centre not to waste its energies and resources by spending over Rs 1 lac crore for laying a 500-kms long bullet train from Mumbai to Hyderabad, which worked to an exorbitant cost of Rs 200 crore per kilometer, even though the financing was proposed to be done by Japan and France, as it eventually be a burden on the Indian Railways and instead alternatives like developing less costly high speed and industrial corridor trains.

Karnataka was contributing 6 % of the country’s GDP and growing at 7 % had the potential to even at a faster rate to ensure the growth and development of the country. At a time when the world’s FDI levels was falling at 16 %, it is heartening to note that India’s FDI rate was growing at 38 % with Karnataka emerging as the third largest recipient of FDI, she said.

Sitharaman also promised to aggressively follow up the vexed issue of movement of natural persons, especially in the IT sector, and exorbitant levy of Visa fees by the US. "I have already taken up the issue with US Trade Representative as it is an unnecessary non-tariff barrier," she said and declared that India will not give up its fight on the issue along with the concerns over totalisation.

Union Law and Justice Minister D V Sadananda Gowda and Union Minister of State for Civil Aviation G M Siddeshwara warmly complimented the State Government on its efforts to attract investments by organizing the mega global investors’ summit and pointed out the very fact that as many as eight Central ministers took part in the two-day Invest Karnataka 2016 event showed the importance attached by the Modi government for Karnataka. "We are one with the State in its quest for FDI and development," they said.