Udupi, Jan 17: Udupi district in-charge minister Shoba Karndlaje has squarely blamed the chief ministers of the states that have raised an objection against the BJP-led union government for rejecting tableaux proposed by them for the Republic Day parade. She has accused the chief ministers of resorting to peddling misinformation with their vested interests. It may be recalled that the state Congress and Kerala government have come out strongly against the refusal to include Brahmasree Narayan Guru's tableau in the parade closely followed by the West Bengal government also flaying the Centre for rejecting Netaji Subhash Chandra Bose's tableau. 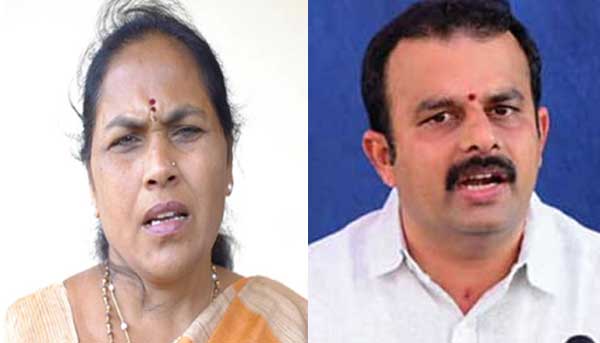 In a statement issued to the media on Monday, January 17, Karndlaje said, "This is a wrong precedent adopted by CMs of states to portray an outcome of an objective process as a flashpoint between the Centre and the states.  This goes a long way in harming the country’s federal structure. Perhaps the CMs have no positive agenda of their own that they have to resort to the same old trick of using misinformation year after year."

She alleged that CMs in question are trying to provoke the people by projecting the decision as a rift between the states and the Centre.

"First of all, it is not the Modi Government which decides on the tableaux. The tableaux proposals are received from various states and the central ministries  are evaluated in a series of meetings of the Expert Committee comprising eminent people in the field of art, culture, sculpture, music, architecture, choreography, etc. The Expert Committee examines the proposals on the basis of theme, concept, design and visual impact before making its recommendations". justified the minister.

She said that due to time constraints, only some of the proposals could be accepted. "For the Republic Day Parade 2022, a total of 56 proposals were received from states and central ministries. Out of these 56,only  21 proposals have been shortlisted. It is natural for more proposals to be rejected than those accepted given the paucity of time," Karandlaje added.

The proposals of Kerala, Tamil Nadu and West Bengal were rejected by the Subject Expert Committee after due process and due deliberations, she said.

"It should be also noted that the tableaux proposals of West Bengal were accepted by the Modi Government in 2016, 2017, 2019 and 2021. Furthermore, this year’s tableau of CPWD includes Netaji Subhaschandra Bose, so the question of his insult does not even arise", clarified the minister.

Similarly, Kannada and Culture minister V Sunil Kumar has also justified the BJP-led union government's stand on tableaux for the Republic Day Parade. In a press statement, he said, "We have 36 states and union territories in the country. Tableaux from only 12 states are allowed for the parade every year. Not all can get an opportunity every year. Thus each state has an opportunity every three years."

He asserted that Kerala has had its fair share of opportunities in the earlier years and alleged that its government was unnecessarily making an issue out of what has always been right.