“Women is the companion of man, gifted with equal mental capacity.” – Mahatma Gandhi

Women's empowerment can be defined to promoting women's sense of self-worth, their ability to determine their own choices, and their right to influence social change for themselves and others.

In the developed modern world of today, woman plays a very important and a significant role. A woman these days is not just a mother, a wife, a sister, or a daughter. But she’s an all-rounder and a role model to all men. The men always had all the rights. However, the women didn’t have any of these rights. Now the modern world has moved onto empowering woman and proving her capabilities in every aspect in this competitive world.

Things have been changed and women realized that they too need equal rights. This brought along the revolution by the women demanding their rights. It spread the awareness that gender shouldn’t be the reason for that things go in their favor. From being a mother to being a role model, woman has climbed up the co-operate ladder and has marched ahead in the race along with men, in order to achieve success. Woman also plays a vital role in the physical and mental growth of a child, as a mother and as a spiritual guide. 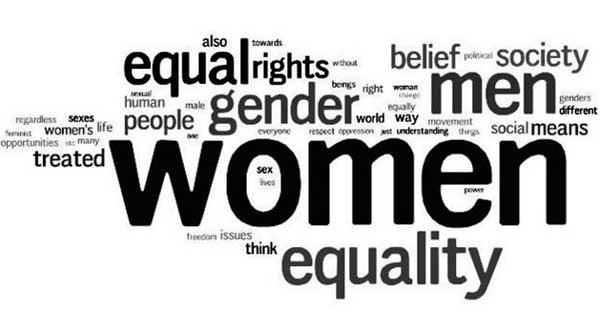 The society before was of male dominating. Where woman were not given a social status equivalent to men. Women were judged by their beauty, rather than their strength and capabilities. India has worshipped women as goddess even though our society has been male dominating. Most of the Indians were illiterate and the true value was not realized until the late 90s.

Countries all over the world called themselves, ”progressive countries” but every one of them has a history of ill-treating the women.. However, in India, women’s empowerment is still lagging. There is more awareness that needs to be created for the awareness to spread. In this recent times the major issues which we are facing is sexual abuse. Woman in our country undergoes insult and verbal abuse at several places which degrades her sense of dignity and also leaves a scar that she carries throughout her life and at end suffers mentally.

Another big problem that women face is that there’s a lack of education. Women are discouraged from pursuing higher education in the country. Along with that, they are married early. The men dominating the women think that the role of women is limited to work for them. They don’t let these women go, and these women have no freedom.

To stop all the crimes against women it is important that women must be well educated and empowered. They must protect themselves from men. Women must make their mind on faring well in this competitive world along with men. Because without a woman the world is nothing and would not be the same as it is today.

Ending with the quote by Dr APJ Abdul Kalam - “Empowerment of women leads to development of a good family, good society and, ultimately, a good nation.” 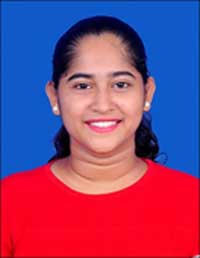 By Jevita Freneta Ferrao
Jevita Freneta Ferrao hails from Thokottu, Mangaluru. She has completed Bachelors of Science from St Aloysius College, Autonomous, Mangaluru. And Masters of Science in Mathematics from Mangalore University, Konaje. Currently she’s persuing her first year Bachelors of Education from St Aloysius Institute of Education, Mangaluru.
To submit your article / poem / short story to Daijiworld, please email it to news@daijiworld.com mentioning 'Article/poem submission for daijiworld' in the subject line. Please note the following: