We live in an expansive big world, sometimes providing us more than enough and some other times suffocating us. It is a fact of life in the modern age that humans across continents, countries, states, cities, towns, villages and communities are struggling to lead their lives in the ways that they want to live or they are constrained to. However, it is to be noticed that despite commonalities, humans live in different climates, cultures have different ways of eating food or wearing clothes. Truly enough, the one thing that connects all humans across the world now is knowledge. Today, humans share their knowledge whatever they can, in whichever way they can and wherever they can. Knowledge seems to be the most important element of human connection.

Undoubtedly, knowledge is the power of the human now, that too, without any force in its use, unlike other powers. Equally undoubtedly, there is the lack of power in the humans because they are ignorant. Between knowledge and ignorance, there is a common factor that both are unlimited. It may be possible to say that the latter is more unlimited. Nicholas Rescher in his book titled ‘Ignorance’ states that there are two types of people, the stupid and the foolish when it comes to learning. The stupid are not capable of learning or gaining knowledge and the foolish do not want to learn or know. In fact, ramifications and implications of ignorance are more powerful and impactful than those of knowledge. Philosophers say that wisdom is the understanding of this limitedness of knowledge or the unlimitedness of ignorance. Diogenes Laertius tells us about Socrates who refers to his lack of knowledge though he had enormous amount of knowledge of several facts. Socrates said that the only fact that he knew for certain was his own ignorance. In fact, he considered ignorance preferable to error which always has an omission or a lapse in it. 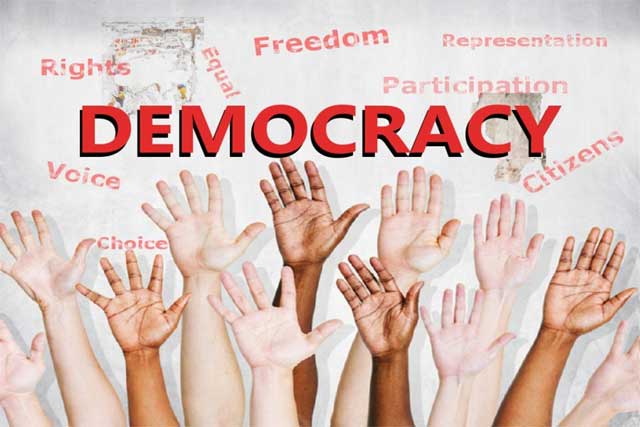 Substantive knowledge is an asset to any human being. It will be interesting to note how knowledge evolved among the human race reaches near perfection in the present stage. The human species took millions of years to develop into what it is today. With its origin in Africa, it took the species several thousands of years to come to what they are now. The foragers and hunter-gatherers that they had been, they soon learnt to settle down in their own lands. This happened because of the discovery of wheat around 10,000 years ago. Hunting and gathering, they used to go from place to place till then. However, wheat needed to be cultivated, land had to be irrigated, the yield had to be harvested, it had to be produced as a grain and made eatable. Naturally, this needed land, habitation and associated facilities that needed to be made. They also learnt to domesticate animals after cultivating wheat.

Ownership of land and associated prosperity brought in a philosophy of might being right. Many leading men of that time had come to seeking banal pleasures and collective bargains. These also resulted in problems and conflicts. Individuals, families, communities and petty kingdoms started fighting with each other resulting in untold suffering for the weak in the society, especially women and children. Different types of habitual behaviour, those even in consumption of food and beverages became reasons for conflicts as humans became more in number and the need for greater amount of food also increased. They became violent to each other. All these happenings increased with progress and we have reached an era of distant terrorism which is an expression of the weak who are unwilling to fight straight for a cause or philosophy.

Different forebodings greeted the newly developed agriculturist human. Nature’s fury was the most powerful; even the wheat field could totally be destroyed in a short time. These humans attributed super human or super natural reasons for the havocs that visited them. Therefore, they started worshipping these powers, be it fire, tempest, diseases or drought. Gradually, they created god by the time they were into the fifth century BC. Different congregations made different gods and the supernatural elements. They also created different classes for different work with the result of two powerful classes emerging out of them; the poor and the rich or the master and the servant.

Modern humans consider democracy as a philosophy though it is directly functional in its performances among and between the humans. The earliest history of democracy tells us about the democracy practised in Grecian city states. Sparta and Athens practiced grassroots democracy and there was the rule of the hundred and the rule of the thirty, oligarchical forms of governance, yet democratic. All the same, in the war in which Sparta and Athens were involved against the enemies; Sparta created a strong army and Athens a powerful navy; yet they were defeated. While Sparta became weak as the army could not be sustained Athens converted the navy into a merchant force, probably the mother of the modern merchant navy, and succeeded in connecting with the rest of the world. Interestingly, under the leadership of Cretius who advocated the abandonment of democracy of the city states, Athens fought against Sparta, the latter was defeated and even Cretius was killed. More interestingly, Cretius was the pupil of Socrates and uncle of Plato, two great philosophers who established a citadel for thoughts called philosophy. Athenian civilisation had to close itself because of the establishment of the powerful Roman Empire and later the power of Christianity and its strong hold on European countries.

It is important to remember that democracy as a philosophy ruled the twentieth century. There were religious, secular and totalitarian democracies. Inter war period and post Second World War of the twentieth century saw the acceptance of democracy by many countries. Any country’s right for life and self-rule became the watchword for humans. Even in the small congregations, including a small village or a commune, democracy took its roots. All the same, it is a sad fact that the United Nations Organisation, a body of representatives of all the nations in the world, is still undemocratic in its philosophy though in several areas of its functioning, democratic norms are accepted. China, the most populous country in the world, showed to the world, after its cultural revolution in the sixties of the twentieth century, how grassroots democracy is possible even when totalitarianism is the philosophy accepted.

One cannot forget to mention here that the largest secular democracy in the world that we are, our democracy has major defects in it, despite its continuance for more than seven decades, despite most of the neighbouring nations lost their philosophy of democracy and went into dictatorship. Primarily, it is that the system of representative elections has not demanded accountability from those who get elected. In addition, those who get elected can easily hide their corrupt practices. Also, those who get elected can continue for longer durations repeatedly and strangulate the democratic concept. Further, the corporate world captures the imagination of the people and their wards become representatives. The decadence in the democratic set up in our country can be approved only because the country does not have a better applicable form and structure to employ the philosophy of democracy in its continuance.

Today, decadence is detectable for a social scientist in any country. From this perspective, it is universal. The biggest problem is the corrupt practices of the educated; the most corrupt are doctors, engineers, company executives and higher level officers in the government departments. The sad part of the scenario of corruption is that it is being ingrained into the ethos of the common humans who are also marred by communalism and exploitation of the weak, all three detrimental to the practice of democracy as a philosophy. It has come to a stage that most humans in our country are corrupt in one way or the other, in other cases, though apparently less harming, even by tolerating the corrupt practices which are evidently detectable even in small transactions. The saddest part is the silence of the multitude which also includes the thinking people.

All the same, there are wonderful things about the world and the democratic practices in various countries. Though there is social decadence, there are people who are concerned about the decadence itself. More importantly, there are large numbers of people who believe in different philosophies and still live together creatively and peacefully. Progress has not thwarted the philosophic mind of the human and the willingness to democratically deal with each other. Much more than anything else, there is an undercurrent of concern for each other that get expressed at various occasions in various levels and in various degrees. This is not only evidently perceivable at the levels of the life of rulers in different countries or high priests of religious supremacy or global corporates or social groups, but also among the common humans. I saw it when I saw a young medical student bending and keeping a coin on the old decoloured cloth spread in front of a beggar and smiling at him as she had made her contribution and stood up. I saw this when college students walking up a hill, joined a pushcart puller when he was pushing up a cartload of firewood. I saw this in a policeman who stepped in to admonish a couple of youth who were abusing a senior citizen. I saw this when a doctor helped me to wear my shoes by bending and sitting in front of me and arranging my shoes and tying up the lace. I saw this on the face of the cleaner woman who collected the bag of waste that I had gone to deposit in the truck. I read about such incidents, apart from going through personal experience, in the newspapers and I watched them also in the visual media. The world is so beautiful when you see such things and one only knows that there are chances for greater amount of beauty of such instances in the world over to make it a progressive philosophic democracy.

By Prof Sunney Tharappan
Prof Sunney Tharappan, is director of College for Leadership and HRD, Mangaluru. He trains and writes and lives in Mangaluru.
To submit your article / poem / short story to Daijiworld, please email it to news@daijiworld.com mentioning 'Article/poem submission for daijiworld' in the subject line. Please note the following: