New Age Tech Companies: Time to Avoid or Give it a Miss?

Introduction: Last year in the month of August 2021 there was a seminar on valuation jointly conducted by The Institute of Cost Accountants of India of which I am a member and the Indian Chamber of Commerce and that was the time Zomato had made its stock market debut of Rs 126 against the IPO price of Rs 76 and I clearly remember the wise words of Prof Aswath Damodaran, Maha Guru of Valuation, who had addressed us and he had opined that the pricing of Zomato should be priced around Rs 55 then and today it’s quoting at that price, so his wise words turned out to be true.

I am not going much into the basics of each company but what I understand is the investors in the so-called tech companies have lost a huge amount of their hard-earned money by going through the fancy valuations and good marketing skills of the Merchant Bankers in tandem with the Bankers / Brokers, only show stopper has been Nykaa which is trading moderately over its issue price of Rs 1125, the rest are all in the red creating a hole and dent in the investor’s confidence in the so-called new-age tech companies and I am sure investors will stay away from such companies in future until their confidence is restored.

The argument put forward by NATC is that the present loss will be converted into Potential profitability with the expansion of the market and customers base and the accruing potential realization into sales and eventual profitability, but the period of conversion from the potential transaction to the profitable transaction is a question mark ?, it may be months or years so whenever I hear the news about a new unicorn taking birth instead of becoming happy I feel there is another new entrant to fleece the gullible investing public with their fancy valuation, not in sync with the company intrinsic value. 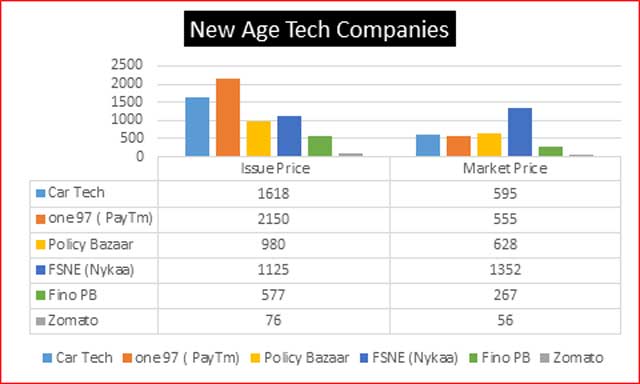 How valuation is done: I have a rich experience in this particular field, suppose your company is making a net profit of say 5-6 percent and the market peers are making say double your company’s profits we scale the valuation to an upward revision to 10-12 % straight away, in that case, you have to clearly mention your basis of calculation for arriving at the valuation of the company’s which seldom the NATC’s do.

Why SEBI is Perturbed?

The entire process of IPO has to be thoroughly evaluated and there should be extra scrutiny of NATCs, concerned about the steep loss in values post listing, the Securities and Exchange Board (SEBI) proposed in February 2022 that in addition to the financial parameters, NATCs should disclose details of the KPIs (Key performance indicators). The choice of KPIs should also be explained, Sebi also wants the data to be audited to ensure it is authentic. Market experts agree that in the absence of profits, KPIs will give investors a sense of the valuations being demanded. Comparisons with global peers are the normal practice.

Suggestion: Let SEBI Bring a rule that only companies having consistent profitability of 3 years can go for an IPO and all these potential pitfalls we can avoid in the larger interests as only our neighbouring country makes its money at our expense.

Conclusion: A traditional Brick & Mortar company that sweats it out to create profitability having a good turnover and profitability struggles to get a good price for its shares in the stock market but that’s not the case with yet to prove its mettle & strength corporate in the market can have a fancy valuation?, this is nothing but pure gamble, its high time SEBI tightens its rules for both NATC’s and Merchant bankers who paint a rosy picture of a financially sick company. 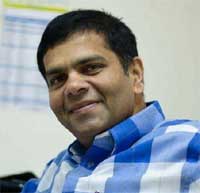 By CA & CMA Ranganatha Achar Krishna
To submit your article / poem / short story to Daijiworld, please email it to news@daijiworld.com mentioning 'Article/poem submission for daijiworld' in the subject line. Please note the following:

Title: New Age Tech Companies: Time to Avoid or Give it a Miss?