Laughter is the Best Medicine

Young businessman Jimmy died suddenly of cardiac arrest. He was arrested immediately and put on a chariot. In fact he died in his sins, but the doctors had declared that he died of Covid19. The journey was smooth and the in-flight entertainment of angels’ singing pleasant. And he arrived at the undisclosed destination in style.

After walking through the Pearly Gates with empty handed, he saw a serpentine queue at the arrival lounge. He stood in line which was moving briskly. After a while, a neon signboard loomed large – SAINT PETER’S OFFICE. It made him happy. He had liked him a lot all his life. He couldn’t wait to meet the Saint he admired the most.

He turned on his heels and looked back. The queue was getting longer by the second. He noticed someone waving at him. Ah, it was Wilson, his old friend and college mate from St Aloysius who had migrated to the US after graduation. 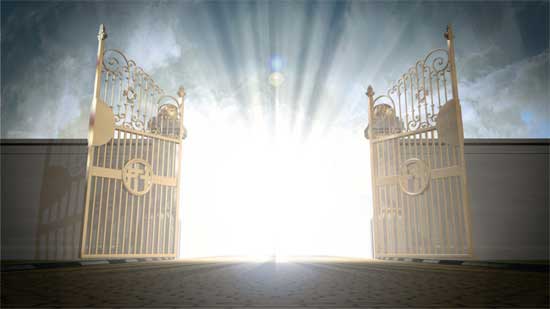 Jimmy said to the beautiful lady behind, “I’ll be right back,” and then, he floated away.

“Hi Wilson, Good to see you after so many years. Where did you come from?”

“Earth, of course! New York, to be precise,” his tone carried pride. “And you?”

“I came from Kankanady. Fr Mullers Hospital, to be precise,” Jimmy said hastily. “Well, I got to go. I’ll catch up with you in Heaven. We can then have good time for all eternity.”

“Surely! I’ll follow you up there. Bye for now.”

Jimmy returned to his place, muttered a thank you to the beautiful lady and stood before her. He watched St Peter shaking hands with a man. “Wishing you an eternity of bliss,” he smiled at the righteous man and motioned his angel who ushered him away to Heaven with his book.

Joyfully and with the sign of the cross, Jimmy stepped forward and stood facing St Peter. He was entranced standing before a man of 2000 years. Jimmy’s angel appeared, handed a book to St Peter and stood beside the golden desk.

“I know,” St Peter said without looking up, leaping through the fat volume. And then, after a cursory glance above, he smiled and asked. “Are you excited to go to Heaven?”

“But you don’t deserve to be sent there. You have already earned yourself a place in Hell.”

“You had been telling St Peter – it’s me – jokes all your life. Up until now, you have a credit of 2,47,897 jokes on me. Of course, many were repeats which enraged me even more.”

“At my expense,” St Peter rebuked. “By character assassination? Is that what you are saying?”

“Laughter is the best medicine, they say on Earth,” Jimmy defended himself.

“We also say so and laugh raucously at the sinners tormenting in the Hell,” St Peter said. “Yes, the laugher is good for those hearing jokes, but not for the one telling St Peter – it’s me – jokes.”

“But I didn’t create those jokes,” Jimmy clarified softly. “I only told.”

“I didn’t create Heaven and Hell. I only send the eligible candidates there,” St Peter retorted. “You could have resorted to something else. Earth is replete with joking material, your politicians, for example.”

“For telling St Peter jokes, Shush! You can go to Hell,” St Peter said with a little cough. He couldn’t stand hell’s wisps of smoke that were creeping in. Perhaps his cubicle was jerry-built. ”Ok, I understand. The politics is a serious issue. We also have here. You could have joked about your wife and mother-in-law.”

“He dreaded both,” the angel interjected. “They had always been armed with Chinese brooms.”

“Oh, I see. If so, you could have joked about women. 70% of Earthly jokes revolve around women. You feared them perhaps, so you took the liberty of joking on me who was millions of miles away.”

“Brother, I don’t know how I had developed a proclivity for St Peter jokes.”

“Can you see his courage?” the angel alerted. “He just cracked one more joke on you, in his mind. Did you hear it?”

“I heard it loud and clear,” St Peter said, updating the figure in the book. It now read 247,898. “A corny one, though,” he added as he continued with the examination of the sins.

He looked up at Jimmy. “Jennifer was your loving wife, right?”

“I had loved her from the bottom of my heart all my married life,” Jimmy said confidently.

The angel said. “Insurance agent - flawless skin, dark hair and fuller cheeks. She wore mini, midi and maxi depending on the insurance package she offered.”

St Peter sneered. “My Goodness! Plenty others recorded in here. No time to waste after every woman. The queue is building up. Tens of thousands are joining in due to Pandemic, Wave 4.” He gazed at Jimmy, his nostrils flared in anger. “So, on top of the jokes you had been cracking on me, you were also on a jolly trip with One Night Stand Up comedy with all these women.”

“Boss, I shouldn’t be held responsible for the sins I had committed out of Devil’s temptations.”

“But you had been given a free will. All you had to do was to exercise it,” St Peter pricked his conscience. “I have no other option but to consign you to the Hell.”

“Wait a second, sir,” Jimmy cried desperately. “But Lord Jesus forgives our sins. Can I see him for a minute?”

“Of course, he always does and has already pardoned your adultery. All such entries have been ticked in green ink. It was only the intense curiosity that made me to inquire about it.”

The beautiful lady behind Jimmy who had been fidgeting restlessly heaved a long sigh of relief.

“For Pete’s sake! The rooms in Hell have no balconies,” St Peter said. “You will still go to Hell because I cannot forgive you for jokes on me. They were far too many and the audience had laughed their hearts out.”

St Peter motioned to angel, who gripped Jimmy’s hand and dragged him away, with his book.

St Peter felt it was a colossal waste to send Jimmy – an Alpha Male with Six-Pack Abs - to the hell, but he didn’t want the entire heaven to perpetually laugh at St Peter jokes.

When Jimmy landed in Hell, the outside temperature was 1835 degrees Celsius, regulated to the bare minimum, so that the newcomers didn’t get barbequed instantly. He had been brought in an elevator to the abyss - 666 floors. His room was spacious. It had no lock since Hell was quite safe. It had a fireproof king-size bed, shower, water kettle, tea bags and fire. He longed for tea. But he needed to freshen up first. He took a shower and got dried up automatically. That explained why a bath towel wasn’t kept. The water in the kettle boiled 24x7. He dropped a tea bag into a cup and poured water.

Just then, there was a knock on the door. Call bells were not installed because they sounded like church bells which irritated the devils. Jimmy opened the door. Wilson was standing there, fuming.

“Jimmy, how come you are in Hell,” he asked. “You used to be so pious, a Saint material.”

“For telling St Peter – it’s him - jokes which he abhorred,” Jimmy said regretfully. “I had always believed that it was safe to joke on him since he too had previously lived on Earth.”

“It was okay until 1947. Only the British and Portuguese had been telling such jokes. We were bereft of freedom of speech back then. We were only saying ‘Yes, Sir.’ or “No, Madam’. We started cracking them once we got the independence. St Peter couldn’t tolerate the Indian Catholics misusing their newly earned freedom of speech by cracking jokes on him, which compelled him to amend rules which, of course, have been constantly undergoing changes for the past 2000 years.”

Astounded, Jimmy asked, “Were you telling St Peter jokes in the US?”

“Only Trump jokes. Cool guy. No jail. In fact, he used to tell Kim Jong-un jokes.”

“How the hell then did you land in Hell?”

“Thinking that you were in heaven, while on the move with the queue, I kept praying for an adjacent room to yours and then asked St Peter for it. He obliged quickly.”

“You made a terrible mistake, Stupid,” Jimmy said. “Heaven is very close to that arrival lounge, where one’s prayers get answered quickly.”

Wilson asked, “Did St Peter tell that he was putting you here only for a limited time period until perhaps skin got tanned, and then would be upgraded to Heaven?”

“Nah,” Jimmy said. “I saw him slamming down a red rubber stamp on the first page of my book – CONDEMNED TO ETERNAL DAMNATION.”

Wilson let out an earsplitting scream sending sound waves in all directions. Nearby six devils, who were enjoying vacation back home died of massive heart attacks and went to Earth to tempt people to tell St Peter Jokes and enjoy One Night Stand Up Comedy, so that they too would soon die in their sins and fill the Hell, with fat incentives to the hard working devils.

For Jimmy, the hope still hung on the billowing flames. He slapped himself hard for a reality check to learn that the whole episode had been a dream and that he was still on Earth, sleeping, perhaps after drinking Whiskey and eating Pork Bafat, so that when awoken, he could narrate the dream to countless people until his real death someday before truly going to Heaven. That would also give him an opportunity to repent, confess and put a full-stop to St Peter jokes and One Night Stand Up Comedies by telling Blossom, Dentist - petite, brown skin, yellow teeth and Amanda, Lawyer – curly lips, long neck and silver-tongued, that he cannot.

Sadly and to the utter joy of St Peter who now worked upstairs with full steam, it wasn’t a dream at all.

Both Jimmy and Wilson stood facing the doors of their rooms, shared a deadly glance one last time, and then, with well coordinated bloodcurdling screams, kicked the doors and disappeared without caring to learn how many more devils died of heart attack and went to earth on tempting missions. 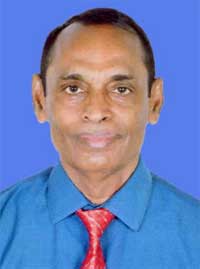 Title: Laughter is the Best Medicine