Panetics for Humane and Enlightened Society

Panetics is the study of human suffering with all its ramifications. Being humane is an attribute of humans which makes them different from animals. Ever since humans started using their brain and mind for research and development, may be a lakh of years ago, according to archeologists and paleontologists, communities and societies which they created were moving towards enlightenment that would, in turn, engender humane attitudes in them.

It was in the early nineties of the last century, prof late M I Savadatti, a developer of people through even his small actions, who was then the Vice Chancellor of Mangalore University, gave me a small set of papers when I visited him. Sometimes, after going through the content, I had to report back to him whatever I understood or on some other times; I had to keep it only for my use. This was a small brochure sent to him by UGC on Panetics. 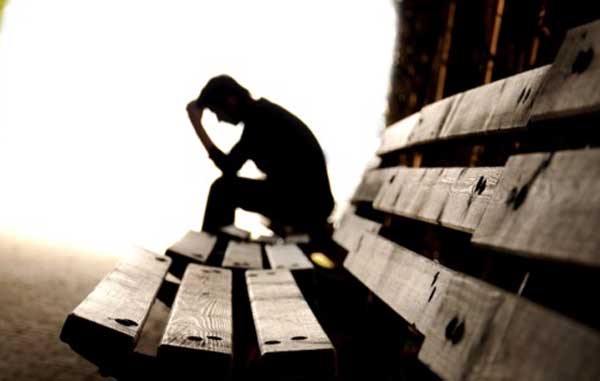 International Society for Panetics was established in 1991. The society was dedicated to the study and development of ways to reduce the infliction of human suffering by individuals, corporations, governments, professionals, social groups and other institutions. The society had more than sixty scientists as members and the collective brought up several possibilities of reducing human suffering through enlightened interventions by fellow humans. The whole society worked for spreading the message of Panetics to reduce worldwide human suffering. The UGC document which was given to me by Prof late M I Savadatti, was a part of that propagation.

Karl F Stover was the then president of International Society for Panetics. I wrote to him to get some documents regarding Panetics because the subject attracted my attention. He sent me a booklet on International Society for Panetics sometime in 1994 in which he had mentioned the name of Ralph G.H. Siu who was in charge of the literature of the society. On my request, Karl Stover sent me mimeographed versions of a bound book ‘Understanding and Minimising the Infliction of Suffering’ by Siu. The journal titled ‘Panetics’ was being edited by Ralph G.H. Siu. Subsequently, through my correspondence with Siu, I received newer mimeographed versions, ‘Panetics and Dukkha’, ‘Unifying Theory of the Human Organism and Behaviour’, ‘Less Suffering for Everybody’ and ‘Cheerfulness’. At our institution, we had a conference on Panetics and subsequently what the professors prepared became a paper in the BHRD course.

‘Pana’ is a Pali word from which the word Panetics was formed. Suffering, as the word suggested, according to the initiators of the society, is a universal phenomenon and needed to be dealt with so as to make societies in the world reduce suffering and this could be possible only when humans in the world understood not only the impacts of suffering but also thoughts and feelings that would lead to enlightenment. An enlightened person understands that human suffering is reduceable provided humans become humane which would be possible only when they get enlightened. This enlightenment is possible only when the humans understand the need for reducing human suffering, even if it is in a small measure, created by an individual.

Paneticists, those who work for reducing human suffering and discovering ways and means of spreading the message of Panetics to the rest of the world were heralding a difficult job. All the same, they believed that getting people enlightened is essential to make them humane and this could be possible only through a scientific approach to the matter of human suffering and all its ramifications. The most important part of the science was the question of measuring human suffering. So they decided on a single unit of human suffering and called it ‘Dukkha’, again a Pali word. The world is full of millions of Dukkhas created by the humans themselves, in addition to what nature and animals do, either because of commission or omission. So, they fixed on the measurements. If or when a person went through a suffering for a period of eight hours at an intensity of 09 on a scale of 01 to 09, it would constitute one Dukkha. So, the paneticists learnt to measure Dukkha and understand how much of it could be reduced through human interventions.

I was constantly in touch with RGH Siu till he died in 1998. He was not only a conscious choice to interact with but also a person who held a very great influence on me whenever I broached on the subject in my learning and development interventions. I made it a habit to spread the message of reduction of human suffering through humane attitudes and the right enlightenment. In fact, when I published my book titled ‘A Statement Against Violence’ it had a photocopied statement by Siu in his own handwriting, as a dedication in one of its inner pages. Thousands of students happened to learn about Panetics from several of our learning and development interventions. Today, the thoughts on Panetics by Siu are remembered through the annual Ralph GH Siu Memorial Lecture in Washington D C. The entire written materials of his research and documentation were donated to the University of Toledo by the International Society for Panetics.

It will be necessary to understand clearly the idea of Dukkha as a unit. Rajkumar was abducted by Veerappan in July 2000 and lakhs of people in Karnataka suffered though they did not have personal relations with Rajkumar. If one considers the total amount of Dukkha as per measurements, it could be many millions. This suffering that the people of Karnataka went through was matched by the suffering of people from Tamil Nadu who lived in several cities of Karnataka. This was because they knew that if Veerappan killed Rajkumar, the Tamilians who lived in these cities would be killed by a desolate set of people in Karnataka and thus they too went through millions of Dukkhas.

Evidently, there was very little that people of Karnataka or Tamil Nadu could do to influence a man like Veerappan not to abduct Rajkumar, or for that matter, the abduction of any important person which would create suffering for different sets of people. They did suffer millions of Dukkhas.

It is equally worthwhile to consider the suffering created for children in the school classrooms by teachers who honestly believe that inflicting pain on the children physically for their offences would deter them from repeating the mistakes though psychologists have not provided any researched scientific reason for their belief. Their teachers had punished them corporally, and therefore, they also continued to do the same. If a child is beaten in the palm twice by a teacher, the child experiences pain and suffering which multiplies when it is done in front of the classmates. On a measurement, one can fix that the child went through one Dukkha because of the pain and shame attached with it. Considering the millions of children who are punished corporally in classrooms across the country, on a measurement, one can estimate that these children have gone through several millions of Dukkhas which could even be much more than what the people of Karnataka and Tamil Nadu went through when Veerappan abducted Rajkumar.

There are many things that can be done to reduce the suffering of the children in schools because of the corporal punishments. What is necessary is enlightenment that makes the teachers who become more humane. By getting them enlightened on the issue of corporal punishments they are ready in many other respects too for reformation.

Action research has proved that this reduction of suffering of children is possible by making teachers more humane through enlightenment. Our institution had organised several learning and development interventions for primary school teachers through the Government of Karnataka and through private managements. Dr Rajmohan Rao when he was principal of Govinda Dasa College, Surathkal, did his research on the impact of the learning and development intervention on the teachers for getting enlightened to give up corporal punishments. His thesis which fetched him a PhD was his research on more than three hundred teachers who assembled in Mysore to go through a learning and development intervention which our institution conducted. He made many discoveries among which the most important was that it was possible to influence teachers to give up corporal punishment. Several others also did action research which showed, on an average, fifty-two percent of the teachers believed in corporal punishments at the entry point and at the exit point, one hundred percent believed that there was no need for corporal punishment to influence children to make a change in their behaviour or associated learning of the subjects. There are still many people who hold an unscientific belief that physical punishments for children are essential to get a desired change in their behaviour. However, they do not apply the same belief for the adults which goes on to prove that their first belief is unscientific and is only a product of an old sign of culture.

There are several areas where enlightened humans can try to reduce human suffering like parental interventions, interpersonal communication, lower level decision making or problem solving and more importantly, behaviour to even strangers whom one meets in everyday interactions. The attitude shown, the behaviour exhibited, the communication that ensues, the decisions that follows or the problems that get solved, all need a support of an attitude of being enlightened and naturally humane.

Kevin Carter was a photo journalist who went to Sudan to report during the civil wars in the early nineties of the last century. Among many pictures that he took, one got him a Pulitzer Prize. It was the picture of a young child, all alone in an area being watched by an eagle. He shot the picture and thought that the child would be saved by the rescue operators and left the place with others in his team. Later in his life, he regretted that he did not save the girl or do the necessary actions to see that the girl was rescued. He suffered throughout his life thereafter and there was nothing that would mitigate his suffering. Some of his friends attributed his sense of guilt for not being humane to the child a reason for his suicide in 1998 a few years after he shot the picture.

Enlightenment and being humane have to go together to reduce human suffering and also to mitigate different types of human suffering. One may have to make it a principle of life to disallow any contribution by that person to the totality of human suffering. Let everyone reduce the total amount of Dukkhas that people create in the world by getting more and more enlightened and consequently humane.

By Sunney Tharappan
To submit your article / poem / short story to Daijiworld, please email it to news@daijiworld.com mentioning 'Article/poem submission for daijiworld' in the subject line. Please note the following: