Can you imagine a single day in your life without water in your home, school, college, organization, industry or farm? If you have access to clean and safe freshwater today, consider yourself most fortunate because it is estimated that around 2.2 billion people are living without access to safe water. 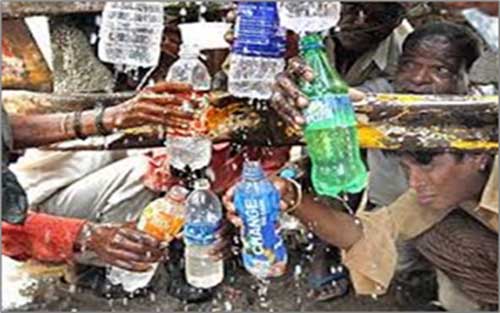 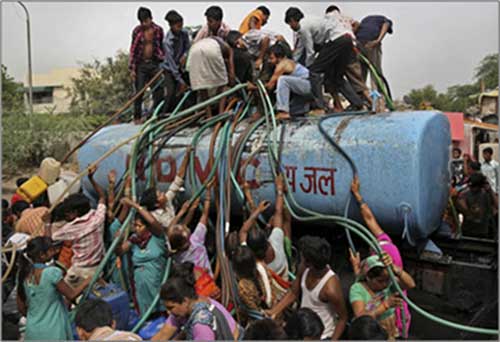 Every year, March 22 is celebrated as World Water Day to focus attention on the importance of freshwater and support the achievement of Sustainable Development Goal (SDG) 6: water and sanitation for all by 2030.

The theme for this year’s World Water Day is “Groundwater: Making the Invisible Visible”.

Water covers more than two-thirds of the surface of our planet. The distribution of water on the Earth’s surface is extremely uneven. Only 2.5 percent of water on the surface is fresh; the remaining 97.5 percent resides in the ocean. Of the freshwater, 69.5 percent resides frozen in ice sheets and glaciers, 30.1 percent in underground aquifers, and 0.4 percent is located in lakes, rivers, the atmosphere and as moisture in soil. 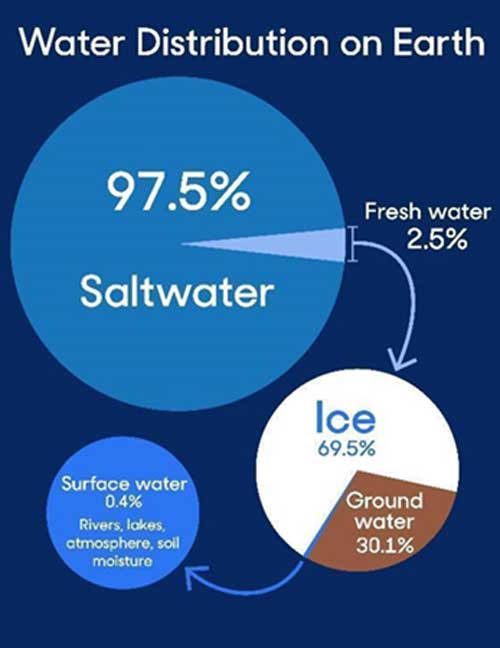 Groundwater is the water present beneath the Earth's surface in rock and soil pore spaces and in the fractures of rock formations which feeds springs, rivers, lakes and wetlands, and seeps into oceans.

Groundwater is recharged mainly from rain and snowfall infiltrating the ground and is usually extracted to the surface by pumps through open wells, tube wells, borewells etc.

Groundwater is a vital resource that supplies a large proportion of the water we use for drinking, sanitation, food production and industrial processes. In fact, Groundwater provides almost half of all drinking water worldwide, about 40% of water for agriculture and about 1/3 of water required for industry. It sustains ecosystems such as wetlands and rivers, maintains the baseflow of rivers and prevents land subsidence and seawater intrusion. Life would not be possible without groundwater. Most arid areas of the world depend entirely on groundwater. Moreover, groundwater is considered as an important part of climate change adaptation process and is often the only solution for people without access to safe water.

Despite these impressive facts and figures, invisible groundwater is out of sight and out of mind for most people. Human activities (including population- and economic growth) and climate variability are rapidly increasing the pressure on groundwater resources. This is evident from the serious depletion and contamination problems that are reported in many parts of the world due to overexploitation i.e., abstracting more water than is recharged by rain/snow and carrying out activities that lead to serious pollution.

In view of this, it is the need of the hour to protect groundwater from overutilization as continuous overuse and pollution issues can lead to depletion of this resource along with extra-costs for processing it, and sometimes even preventing its use. Industries can opt for several innovative solutions to reduce, reuse and recycle water in several ways such as Zero Liquid Discharge (ZLD), use of waterless urinals, water efficient taps etc. to name a few. Hence, safeguarding and sustainably utilizing groundwater will be central to surviving and adapting to climate change and meeting the needs of a growing population. 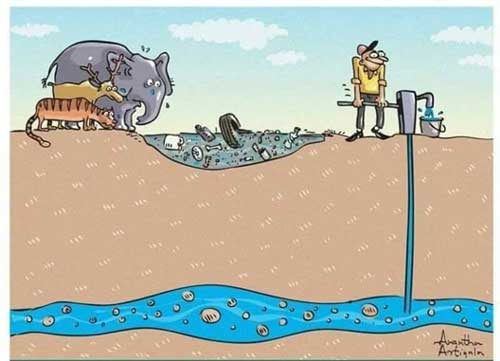 Water is a priceless resource and each of us has the responsibility to do all that we can to value, conserve, harvest and use it wisely in our day-to-day lives.

The following are some simple and practical ways to conserve water:

1. Turn off the faucet while brushing teeth/shaving
2. Run the washing machine and dishwasher only at full load.
3. Use water saving fixtures such as low flow shower head and faucet aerators.
4. Fix water leaks at the earliest.
5. Implement Rainwater harvesting measures for immediate use or recharging groundwater wherever possible.
6. Install dual flush/low flow toilet or put a conversion kit on the existing toilet.
7. Avoid overwatering lawns/gardens and ensure to water lawns early mornings or late evenings to avoid evaporation and water loss.
8. Use innovative ways to reduce water use in gardening/farming such as sprinklers for lawns and drip irrigation.
9. Wash vehicles using a bucket of water rather than using a hose with continuous water flow. Some other alternatives such as a pressurized flow (spray handle that automatically shuts off the nozzle as you leave it) could be more water efficient if used judiciously.
10. Create awareness on conserving water with friends and family.

Let us all be committed to take these small actions as they can go a long way to create a massive change in the way we value and conserve water for our present and future generations. Although groundwater is out of our sight, let it not be not of our mind. 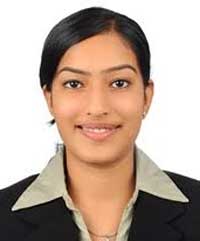 By Sharon D'Souza
Sharon D'Souza from Mangaluru has completed M.Tech in Environmental Engineering from MIT, Manipal and is a CII Certified Professional in Resource Efficiency and Environmental Sustainability with 10 years of experience in the HSE field. She is passionate about creating awareness on environmental issues and how each one of us could help reduce our environmental impact at an individual and organizational level.
To submit your article / poem / short story to Daijiworld, please email it to news@daijiworld.com mentioning 'Article/poem submission for daijiworld' in the subject line. Please note the following: