The death of Naveen Gyanagoudar, an Indian medical student at Kharkiv in Ukraine, is an unfortunate incident. Debates on whether the Indian students in Ukraine could have been saved much earlier because the possibilities of an attack by Russia on Ukraine were hanging in the air for almost a month is of no use at the moment as that time will not come back to us. The anger of others, like the father of Naveen, was expressed through the words of Venkatesh Vaishyar, father of Amith Vaishyar who was stranded in Kharkiv. His statement that the government alone had to be blamed for the ill-fate of Indian students at Ukraine may be legitimate but it will be of no use at present.

No one ever imagined that thousands of Indian students were studying in medical colleges in Ukraine, a much less developed place than India from different perspectives. Authorities in India did not have a register of Indian students studying not only in Ukraine but also in China or Russia. Equal number of students may be pursuing their medical and other studies in different countries across the world. Indian administration may not have any knowledge of their presence in any of these countries. The incidents that happened in Ukraine bring up an immediate need for having a register of Indian youth studying abroad, either with the Union Government or with the State Governments. Systems have to be established so that every young person who goes out to foreign countries to study will be registered with the Indian governments and regular perusal of their existence and status in other countries would be monitored, if not regularly checked up. 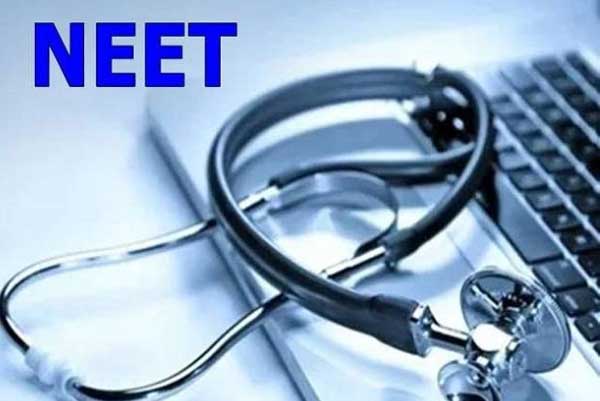 Sometimes, sudden turn of events bring up major issues even when they happen elsewhere and unexpectedly. The Ukrainian student problem brings up not only the need for the maintenance of a register of students who go out to study but also to look into several factors that make these students go to other countries, particularly for medical education. As more and more reports on Ukrainian student problem came up, there also arose a question of how these students reached a country like Ukraine. Eventually socially interested people focused on the fact that Naveen was a student with 97% in his PU examination and still could not get an admission in India.

This brought up unexpected debates on NEET as a national test for medical admissions and its impact and relevance as far as youth in different states are concerned.

It may be worthwhile to consider the social and political fallout of the discussions on Ukrainian student problem leading to the predictableness of NEET and its after effects. It is relevant to refer to a report in the Hindu dated 03 March 2022. It reported a tweet by T.A. Narayana Gowda of Karnataka Rakshana Vedike. He referred to the availability of the maximum number of medical colleges and seats in Karnataka and yet meritorious students from the state were denied admissions here. He pointed out that Uttar Pradesh with over twenty-five crore of population does not have as many medical colleges as Karnataka with a population of 6.5 crore. He endorsed the stand taken by Tamil Nadu as a state against NEET. Similarly, the same report quoted considered opinions expressed by Kannada activist Shruthi Marulappa who questioned the NEET as it snatches away the medical admissions of children from Karnataka. Despite the state providing the infrastructure and the associated investments youth from Karnataka, who are the sons of the soil, do not get satisfactory representation in admissions.

The most pertinent question here is whether the opinions like the two expressed above should be dismissed as symbols of parochialism or obscurantism or regionalism.

It may be interesting to look at some statistical information provided by those who believe that the medical entrance examinations should be conducted by each state and not by the union. Karnataka has 9445 undergraduate medical seats of a total of 84649 in the country, in fact, the highest for any state in India. It is more than 11% of the total number of medical seats in the country. However, the total number of medical aspirants from Karnataka who get admissions in the medical colleges with in the state is not proportional to the total number of available seats after the enforcement of NEET. Karnataka has the maximum number of medical colleges and seats in any state in the country. However, many seats are allotted to students from outside the state. A complaint like this may easily be dismissed by many as a sign of parochial feelings because such people will say that we have to consider the country as a whole. Those who oppose NEET will ask them on their face, ‘Are you primarily a Kannadiga or a Tamilian or a Keralite and then an Indian and would like to opt for the first choice?’. The debate can go on endlessly with both the sides providing legitimate arguments.

So, what are the disadvantages of NEET?

The first issue that has to be remembered is legal and that of the federal structure. Education is in the concurrent list and all the expenditure for education is looked after through state budgets. When the state is investing in education, it should be the state which should have the right to admit students into its institutions. If other states want, they can also build more institutions. A state which has built more institutions cannot be deprived of the seats that it possesses in these institutions. Such a policy is against the federal structure. India being a union of states and freedom given to each state to manage or administer its education, the union government should not come to take away the benefits of what the state has built up. So, the legal positions are in favour of the states. The idea of the whole country being considered as one unit for one profession alone is unfair, many argued.

The second reason brought up by the advocates against NEET is economic. The states or the people of the state spend considerable amounts to build up institutions, not to mention the intellectual and emotional investments into the making of these. When they plan the institutions, they plan it with an idea of bringing benefits to the children of the state. However, NEET takes away several seats in medical colleges as per the graded list in the National Eligibility cum Entrance Test. Indeed, they argue, there are seats available under the management quota which can go to applicants from other states. They even go to the extent of saying that a separate quota may be allotted in the admissions exclusively for the youth from other states as a policy for all state governments and these admissions could be done through NEET. Or, in other words, NEET should confine itself as a method of admitting students from outside the state.

The third reason could be listed as social in nature. Depending on the basic composition of the population in each state, admissions to medical education can be organised. If a state has a larger number of scheduled caste or scheduled tribe or any other community, they could be offered an admission quota as per their population. Similarly, if a state has got more rural population, there could be a quota fixed for them so that rural students will have greater chances of getting admitted into medical education. This will lead to poor youth getting trained in medical profession and their commitment to the poor could be possibly greater because of their experience of poverty.

There are also socio-political issues that are involved in the NEET. Some studies that had been done refer to the children from rich families getting medical admissions in the colleges within the country. The same people who studied also report that the reason for the affluent people getting easily admitted is NEET. Their study has shown that about 93% of the students who got admitted to medical colleges through NEET have taken entrance coaching or training. The cost of such training is rather high, so much so that ordinary youth are not able to make use of it. This results in a specific class being created in the medical profession itself which may even have behavioural issues connected with treatment of patients.

The next is administrative and structural. When any programme or examination is conducted for a large number of people and across a wide area, the chances of lapses or errors are plenty. Similarly, chances for corruption also are much more in such cases. So, it can happen in any national level examination for large numbers of students. This may not happen in the case of Indian Administrative Service examinations, because the numbers are not large. NEET may attract corrupt practices just as there could be a lobby of corrupt entrance test coaching centres getting involved in manipulating admissions. Of course, someone can argue that it can happen even at the state level, with a debutant stressing that it is easily detectable in a shorter expansiveness.

It is satisfying to note that the Government of Karnataka has taken the initiative to offer help to the poorer sections of the students to appear for entrance examinations. A budgetary provision was made for providing free coaching to poor sections of the students for NEET and JEE. ‘Mukhyamantri Vidyarthi Margadarshini’ scheme is announced recently to help students from weaker sections as it will be an offer of a free coaching. However, this needs serious considerations for its organisation and conduct. It is necessary to organise these directly instead of online interventions. More importantly, these should be organised in rural centres where there are pre-university colleges. The government may give the charge of organising a designed programme to any of the pre-university colleges in a specific area so that the rural students would benefit. They should not be organised at district centres for fear of entry of the affluent students who otherwise have other opportunities. Undoubtedly, its success is going to depend on its organisation and conduct.

A large number of sociologists argue against NEET for the disadvantages it brings to the poorer sections of the people by denying them a chance to get into medical profession. In fact, even if NEET continues to be at the national level, it should be possible to find a way of restricting upper class admissions and promoting those from the poorer classes. Such a policy would need definite strategies and methods for granting admissions into medical colleges to those from the rural sector, poorer sector, the scheduled sector, the tribal sector and more than anything else, first generation educated. Naturally, such policies can come only from governments which have committed themselves to the welfare of the common humans, especially the youth.

By Sunney Tharappan
To submit your article / poem / short story to Daijiworld, please email it to news@daijiworld.com mentioning 'Article/poem submission for daijiworld' in the subject line. Please note the following: