So much has been spoken, written and discussed about the stability in marriage, that I would like to propose a single formula and request the couples to hold on to it firmly and implement it in their lives and experience the results for themselves. The formula is just this: “keep your EQ high”.

What is EQ? The EQ here stands for “emotional quotient”, which refers to your ability to sense and understand emotions and feelings in yourself and in other people. It is also the capacity to use this knowledge to monitor and guide your behaviour. If you have high EQ you can easily (i) identify emotions in yourself and in others. (ii) empathize with other people (iii) adapt your feelings and behaviour to different situations (iv) control your impulses (v) withstand temptations and delay gratification (vi) resolve conflicts with others (vii) communicate effectively. 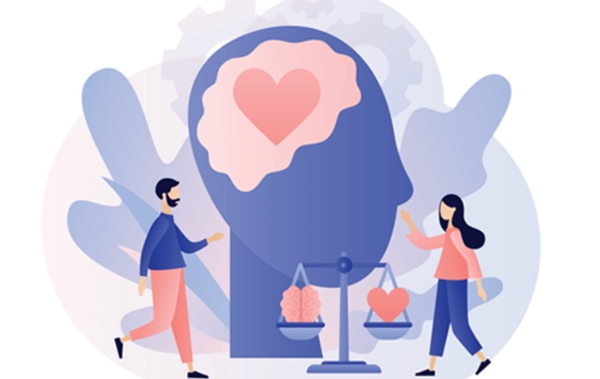 EQ is also known as Emotional Intelligence (EI). What is then Emotional Intelligence? We have heard about IQ (intelligence quotient)– so much research is done on IQ of children regarding what it is and how it influences their future. Now research is going on in full swing on “emotional intelligence”, namely, the children are taught to become aware of their own emotions and also to understand emotions of others and respond to them with intelligence. These children have done marvellously well later in their life, whatever be their academic IQ.

The same is true for relationships between spouses. Having done research with innumerable couples the psychologists Peter Salovey and John Mayer came to the conclusion what helps to keep the marriage stable is the EQ or high “emotional intelligence”. They define it as "the ability to monitor one's own and others' feelings and emotions, to discriminate among them, and to use this information to guide one's thinking and actions.".

EI first of all is a topic of ‘intelligence’, which is a very complex phenomenon in human beings. Intelligence denotes attention and focus, may be some home work and regular practice. Intelligence is interpreted as knowledge, here the knowledge of the partner. It means marriage can never be taken for granted. It should be a step taken with proper preparation and reflection. These days arranged marriages are less and matrimonial ads are becoming more popular which give an opportunity for the couples to come to know each other. They will certainly come to know each other if they express openly their feelings and expectations, likes and dislikes. Have a desire to understand each other in an intelligent manner. EI is a capacity to observe the distinctions and perceive differences in feelings and emotions. The couples should reflect, inquire and understand in what way they are similar and in what way they both are different. Clear knowledge of this will help to monitor actions and interactions. Then the determination to marry for life also follows.

Secondly, the intelligence is concerning ‘emotions’; It is a process of perceiving, reasoning, understanding, and managing emotions. Perceiving means reading the signals accurately, even those expressed through body language and facial expressions. Reasoning with emotions consists in prioritising them and formulating an adequate response appropriate to the context. Understanding means reflecting on the background and causes of emotions, if some one is angry, we reflect what made him angry. The study of causes of particular feelings and emotions demand interest and also attention. It reveals the meaning and message of the emotions. Every feeling and every emotion has a definite meaning and an important message. Managing emotions means regulating and monitoring emotions my own and those of my partner. The final result is an appropriate response and personalisation of the message. Managing means also setting the priorities in thoughts and actions, always the first place should be given to mutual trust and fidelity. Firmly declining what goes against it and taking up activities and programmes which strengthens friendship, trust and fidelity.

EI also means a learning process. Regular practice in self-awareness. Just do an exercise of learning your emotions and feelings. Both sit down with your feelings now and then and write them down on a piece of paper. The exercise will teach you that all emotions have a meaning and a purpose. They have also a message to give you. Learning what emotions and feelings are telling you is a life long journey.

What do couples actually expect from marriage? They desire friendship, support, understanding, respect, attention, caring, and concern, and when you have all these the sexual needs are also satisfied. Friendship fans the flames of romance because all hindrances towards its fulfilment have been eliminated. Preserve your friendship strong despite the inevitable disagreements and irritations of married life. For a successful marriage the couples should experience what is technically called, "positive sentiment override" which means the positive thoughts about each other become so pervasive, that they easily supersede negative feelings. They would never lose their balance even in intense conflict, which would not be possible if positive sentiments were weak. Build up strong positive sentiments towards your partner which can conquer any calamity that can arise due to negativity. The mutual positivity should give rise to deep optimistic feelings and this will act as a panacea against all vicissitudes.

Your marriage may start off with a high positive set point. But far too often this blissful state doesn't last. Over the time anger, irritation, and resentment can build to the point that the friendship becomes more and more dilute, and gradually ceases to be a daily reality. Eventually you both end up in "negative sentiment override." Everything gets interpreted more and more negatively. Even ordinary words and conversation get negative connotations. Then there is no reverse. Emotional intelligence therefore means building up positive sentiments towards your partner, which have the power to wipe out and override negative feelings.

Please know that the “happy marriages” were never so perfect unions. Many couples who affirm that they are satisfied with each other, still had significant differences in temperament, in interests, in family values. Conflicts were not infrequent. They argued and disputed, just as the unhappy couples did, over money, jobs, travel, children, household work, , sex, and in-laws. Their success lies in the fact they constantly worked on the principles of emotional intelligence, cultivated strong positive sentiments towards each other and thus navigated their way through these difficulties and kept their marriages happy and stable. They cultivated the habit of listening to each other’s perspectives calmly and lovingly. This helped them both to find compromise solutions and get back into marital intimacy. One thing is certain, in all strongest marriages we observe husband and wife share a deep sense of meaning. They never just “carry on” or “get along”, but stand for each other and support each other’s hopes and aspirations and build a “sense of purpose into their lives together.”

When the partners spend themselves in endless, useless rounds of arguments and feel isolated and lonely in their marriage, who should be blamed? They themselves are the cause of it. It is due to their failure to create meaning and purpose in their partnership. Only when the marriage is never taken for granted, rather given the nurturing and respect it deserves does it become really good and happy. 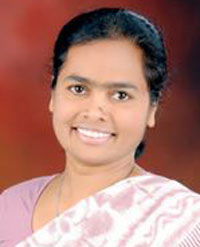 By Dr Sr Judy Lewis
Sr Dr Judy Lewis UFS is a clinical psychologist and counsellor
To submit your article / poem / short story to Daijiworld, please email it to news@daijiworld.com mentioning 'Article/poem submission for daijiworld' in the subject line. Please note the following: