Damian D’Cunha completes a century on 10th February 2022. The centenarian is settled in Koppa for the last seventy years. His life story reads like a journey that offers many insights into the struggles of life, facing challenges to raise a family, migrating for a job that is hardly enough to feed the family, his unwavering faith in times of trouble, and timely divine providence. Damian although in a wheelchair now, recounts his old times with near-perfect memory at times getting into graphic details of what happened at the time. He is a good storyteller of his life and the life that was seen around since the time he was an adult.

The life of those small landowners revolved around sowing and reaping and what was harvested that hardly gave them enough to survive on. And those of landless were even more pathetic as agricultural employment was hard to come by. Even if there was one, the wages paid in kind were hardly sufficient to feed many mouths that waited for the returning parent with few grains. Poverty was ubiquitous. Most of us tend to believe that the time bygone was gloriously good with all the year-round festivities. Well, that may be true for the royals and those surrounding them. It was a life on the edge for all those who were away from the royal glitz and aristocracy. Everything, in reality, was scarce - food, respect, freedom to speak. Whereas, democracy has given the present time an edge over everything to all those who were voiceless and were on the margins at one time. The same was the situation at a time when Damien was starting his family. 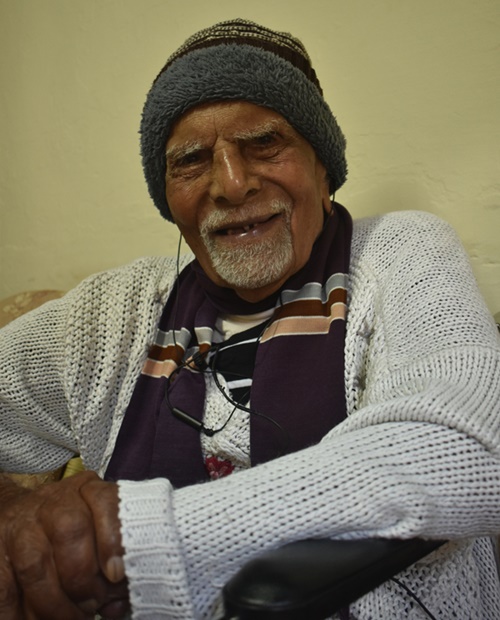 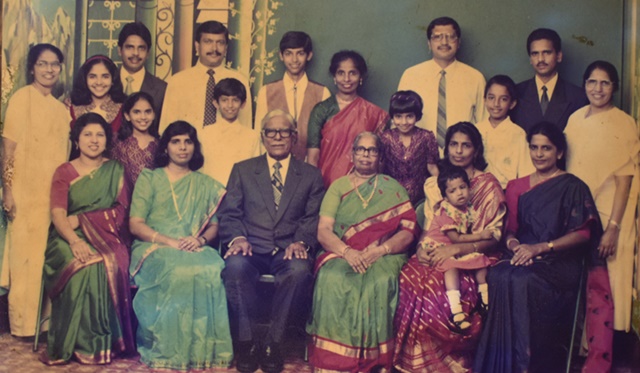 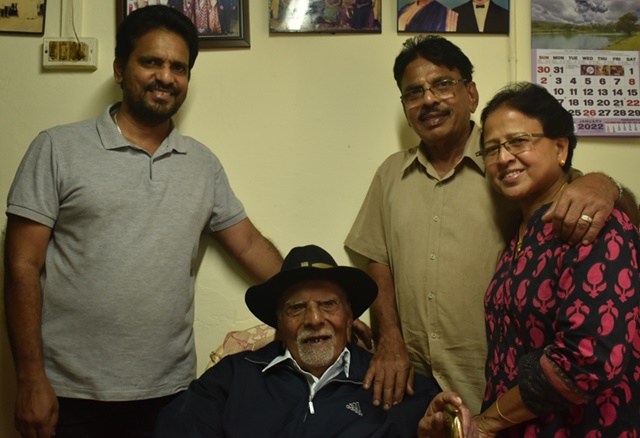 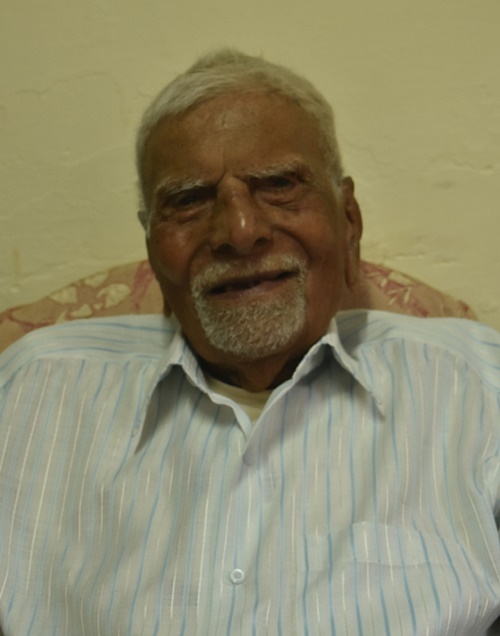 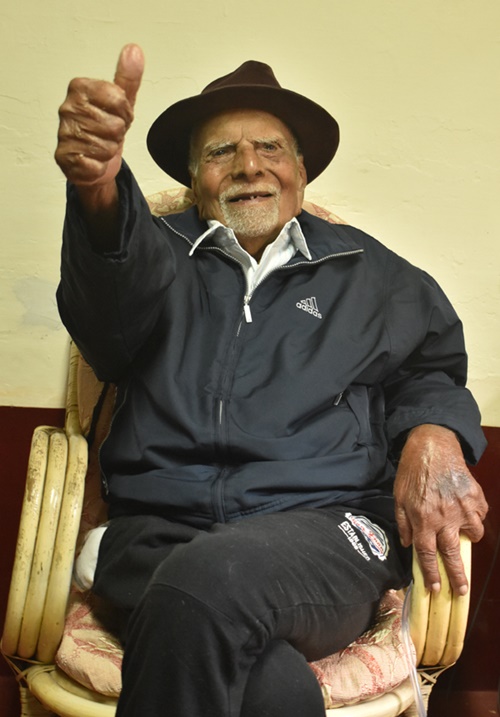 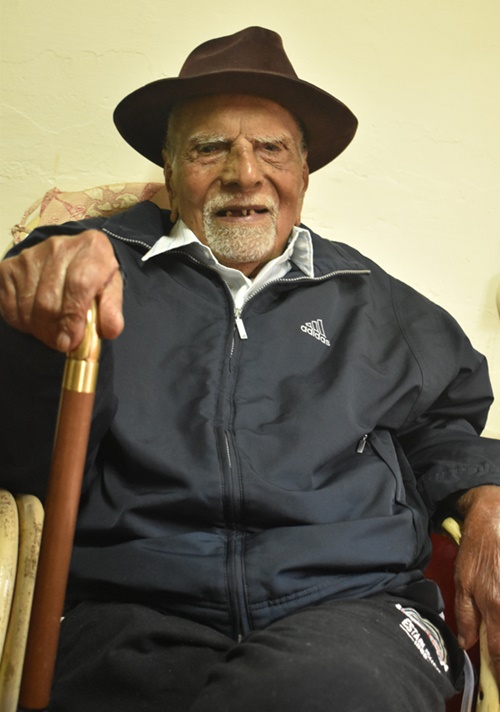 Damian was educated till the eighth standard and got a job as a teacher in a church school in Taccode near Moodbidri, which he called an ‘untrained teacher’. By untrained he means perhaps the job was not of permanent nature but an ad-hoc arrangement. His salary was nine Rupees. The salary would often arrive at irregular intervals, which made things worst. Leaving the teacher’s job, Damian also worked as a helper to build the mud houses for some time. His efforts to find a job in Bombay turned futile as the neighbors who were working in Bombay advised him against coming to Bombay. The Western Ghats bordering Dakshina Kannada and Chikkamagaluru districts were by then the hub of coffee plantations started by the British. The depressing employment scenario in the coastal districts made the people look for greener pastures in the coffee plantations. Damian made his sojourn to the Ghats, after initially abandoning it for fear of wild animals, leeches and the tough terrain. Rarely there were buses, and one that ran could only seat up to 14 people and ran on coal making it the privilege of the few. Daniel was able to catch the bus to the Ghats and gradually made the coffee land as his and his family's home.

To recollect the times how Damian lived, an instance of telegram fiasco would be self-explanatory. He had left his young wife back home below the Ghats, and she dies at childbirth. Damien’s mother sends him a telegram, which arrives worded as ‘Damian Koppa’ and the third word was –Louiza. The telegram roamed around five homes and a few wrong Damian’s before finally reaching the real Damian D’ Cunha. By the time it reached it was past five days. Damian’s mother’s name was Louiza and he could not make out who had passed away. The buses were very limited to afford a passage to Damien back home and he couldn’t attend the funeral of his wife a fact he came to know later. In these days of instant graphic messaging this recollection looks like a horrendous communication catastrophe that belonged to the time gone by.

Since he lost his first wife Damian married Elizabeth, who was from Shirva. He got 600 Rupees in dowry and out of that money he brought to land and a house in Hospet. Damian remembers distinctly and with gratefulness the name of IM D Souza whose father gave him a job in an estate belonging to a British called Herbert Brown, also known as Alageshwara Estate. I M D Souza used to supply labourers to the Tea Estate. The tea estate had modern machinery all imported from Europe. Damien recalls IM D Souza as being a powerful man who challenged Herbert Brown and removed all labourers whom he supplied and employed them in another estate. Damian recalls IM D Souza as a man with rare courage to have challenged a white man’s authority.

It was around the time of World War II and life was highly rationed in every sense with prevailing fear everywhere. Damian had work but not enough to keep him going. He searched for job and when he got one had to shift his family to the place of a new job. As he took his meager belongings in a bullock cart, he left behind jaggery an all-important food item. Jaggery was a highly controlled food item during those times. There were police everywhere, checking everything that was stacked in the bullock cart. Damian put his faith in the divine and prayed for the safe passage he recalls narrating the times. As devout Catholic, he kept his faith and says at no time he was let down in times of trouble.

Koppa is a town on the extreme west of Chikkamagaluru district bordering Shimoga. It gives an impression of a small town where everyone knows everyone. People would come to the town to shop for their provision once a week as they are working in places located in the distant villages with coffee plantations. The town had a Catholic church coming under the jurisdiction of Mysore Diocese. Damian was a leading member of the church partaking in all routines of the church. His wife Elizabeth wanted the house that was near to the church to facilitate her spiritual inclination like Damian. He was always ready to serve the church, to form marriage alliances between people, to help counsel marital problems, and was at the forefront of doing social service. He recalls Italian bishop by the name Fuga who was the bishop of Mysore. The parish priest used to come from Balehonnuru to Koppa church of which he was in charge. Once when the Bishop was in pastoral visit, Damian described to him the power of praying in the cemetery much to the surprise of the bishop. He would go to the cemetery and pray thus ‘ Look at me I belong to you. You have gone before me, you all have left me here. I am in a problem caught in a worldly conundrum. Come to my aid and free me from this temporal malice.’ More often than not his prayers were answered. He was mentioning the difficulty in procuring timber for the house, walls of which were put in place with great hardship. The forest department wouldn’t pass the timber procurement without greasing their palms. They often refused his appeals. Dismayed with hopelessness Damian went to the cemetery, knelt down and prayed to the departed expressing his pain and helplessness. Surely enough as he was returning from cemetery to his home, hardly fifty steps, a forest officer came in his jeep and conveyed that the permission was granted for the timber allotment and that too free of charges.

He worked for the estate of PG Gurjer for a long time of 32 years with much loyalty and dedication. He was well respected at his workplace and in the town. People visited his home to seek counsel on various matters. He always wanted to be self-reliant and desired for owning an estate. Working all life he had realized that serving someone only gave what was enough to overcome the basic needs of his family. Scouting for land to develop a coffee plantation, he brought a sixteen-acre land near Koppa and developed it methodically with a lush coffee, pepper, and coconut plantation. Today he is a contented man, happy and complete. Father to eight children, grandfather to ten, and great-grandfather to eight, he is the true patriarch of the D'Cunha family, a man much loved in Koppa. Even though a centenarian, one cannot miss his gentle mannerism, thoughtfulness, and fatherly care. He belonged to a time about which, most of us would not know, my interaction with him gave me deep insight into the time that has passed by. Being a centenarian is a true blessing for the family and the community he belongs to. The family and the community feel a deep sense of pride that someone who lived for 100 years is around to take their care. Wishing Damian D’Cunha a very happy 100th birthday with lots of health and happiness and big thanks to the D’ Cunha family for sharing this human story with us. As a parting gift, Damian sings the credo in Latin almost looking like a Soprano singer that transported us into the time gone by.