Isolated life, gradually was moving towards desperation. Resigned to our cocoons, human race was discovering new passions. Mine was cooking. This was the year 2020- the year of unprecedented uncertainty and boredom!

Watching some amazing shows and movies on Netflix, phrases such as “bloom of cilantro”, “freshness of herbs”, “mixture of flavors” and “depth of the dish” poked a part of my heart that I did not know existed. I do love cooking, but those shows made me realize my true potential! “A recipe has no soul. You as the cook must bring the soul to the recipe” and many such quotes inspired me to surge ahead and find my niche in life. I had finally found my soul.

It was time to put my amazingly creative culinary mind into action. Ooh !!, the feast I would prepare on a dull Sunday morning, made me proud. I could not sleep a wink the previous night. Movies, I watched were more or less inspired by French cuisine and I decided to make Chicken with an Indian twist. I would name it later as French names sound so romantic and also unpronounceable. Till this day, all I knew about French food was French Toast and French Fries, both I realized during the lockdown, are not even remotely connected to the French. 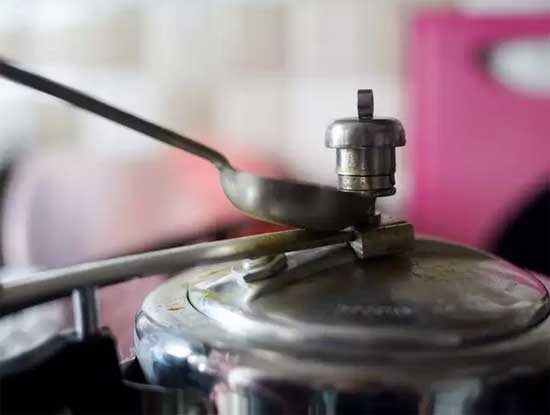 All night, a tiny fragment of my brain, was sitting next to the marinated chicken, inside the fridge. All it said the chicken was to “rest in peace”. The marinade was a mixture of what the best of France and India could offer. I decided to use one of the five basic French sauces- Hollandaise. I had done it earlier when I had made a delectable eggs benedict, a million years ago. Luckily, no one had ever tried this dish earlier and my mediocre benedict was considered a bench mark of sorts. I had even considered myself an expert to critique on Jamaica Blues’ and Dome’s average eggs benedicts.

I remembered vividly one of the top chefs of France saying that it so difficult to combine so many flavors in a dish. My response to it was “put everything in a grinder and grind it”. Hence, I decided to combine the Indian flavors to give the chicken a bit more depth.

Cooking is all about innovation. Scraping the crevices of our kitchen drawers, I pulled out some forgotten spices, which made innocent hollandaise suspect some foul play. The sauce was now intruded with many old masalas- some of which were past expiry dates. Nutmeg, Black cardamom, green cardamom, Cumin, cinnamon, cloves, many of which were bought but seldom used.

I always like the red color as any white colored meat, however tasty, is considered bland. I added a dash of chili powder and sprinkled freshly cut coriander onto the innocent hollandaise, which by now was confused about its very existence. The addition of all those spices had emboldened me to cut a slice of orange and squeeze the juice into the startled chicken.

In my head I was thinking how the bloom of cilantro along with the acidity from the orange would balance out the heat from the chilly.

I placed the chicken neatly into its final resting place- a newly bought glass bowl. My wife had vehemently argued with me, not to spend extra money at these trying times. There were millions who were hungry and without jobs and here I was spending money on baking a chicken, she said. I asked her to look at the brighter and bigger picture. In a year or two, we would be owing restaurants all over France and India, I told her. Self (read over) confidence!

By morning, rich flavors would have infused into every inch of the chicken’s body. I imagined the tender pieces, melting in my mouth. I was giving the Mughals a run for their money.

The rested chicken was supposed to be baked at 180 degrees for 30 to 40 minutes. Cooking, I learnt is all about the utilsation of fire. The idea was to use high flame initially sealing the juices and then gradually reduce the flame to cook it to perfection. The picture of me, poking the chicken with a pointed knife and all those sealed juices spurting out of its body, was going to be my Instagram feed, I decided. The ambitious side of me even imagined myself like that old grandfather selling chicken all over the world. It would be my own version of Kundapura Fried Chicken (KFC).

Waking up very early in the morning, I kept the chicken out of the fridge. The color of the carcass was not appealing. Was it the sign of a disaster? No. It can’t be. The abundant knowledge of 3 movie makers was condensed into that marinade which now clung to that poor chicken like gum to shoes. I cannot describe that color, as I haven’t seen such a color in my life, ever. Did I discover something which the masters had missed out? Well, it had to be.

I decided to seek more knowledge while the chicken had to come to room temperature. A quick surf on the gentle waves of Netflix and my mind bloated with more knowledge about Indian cooking. A quick decision was made. I would use innovation here. Instead of baking, I was going to use the frying pan, seal the juices and then cook the damn bird in slow heat surrounded by potatoes, sprinkled with rosemary and thyme. I had no clue how the two herbs tasted, but the pictures of those lucky potatoes clinging to the inseparable herbs could create envy among recently wedded couples.

I added pure ghee to the pan. It seems ghee doesn’t burn easily and is best for chicken as it balances the heat of the chicken, with its cooling benefits. Basically, from what I heard from everyone back home-chicken cooked in ghee doesn’t give you trouble the next morning! I heated the pan to an extent where my small kitchen resembled a “havan kund” of our village temple.

The crackling sound when I placed the chicken, hurled lots of godly liquid into many corners my wife’s spotless kitchen. Juices had to remain inside. I seared the chicken for a good ten minutes before I flipped it. The poor chicken was charred and I had to carefully manouvre the spatula to relieve it from the pans tight grip. Ghee had blessed the sacrifice and had evaporated to the heavens, through the kitchen exhaust.

It is supposed to be that way, I consoled my bloated mind and flipped over the chicken, adding more ghee into the pan. The juices could now never escape the body.

Precisely ten minutes later, I transferred the chicken to a preheated pressure cooker, filled with decorated potatoes and two spoons of ghee and enriched the ghee with cinnamon and cloves. The chicken would be out of the world!

I slow cooked the chicken for another half hour, before I decided it was time to stop. The chicken inside the cooker would now be soft on the inside, crisp on the outside. I couldn’t wait to use the knife for the spurting picture. As the cookers snoring completely subsided, I opened the lid.

What a sight it was!!

The Indo – French collaboration was a complete disaster. The mangled body of the chicken was unidentifiable. It was difficult to say whether the carcass inside the cooker was indeed that of a beautiful bird. The so-called tender flesh was now afloat the ghee, the potatoes had mashed themselves and found peace in the hollow of the chicken, where once its entrails used to be. The very existence of rosemary and thyme was questionable. The debris of the innovative marinade was stuck to the sides of the pressure cooker. I definitely had to find some innovative ways to clean this mess up.

“How is the Indo French collaboration going on?" My wife had somehow over estimated my culinary abilities, but I still had not given up.

“I think, there is something wrong with our cooker." I managed a smile. 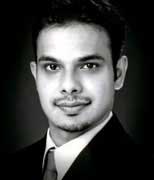 By Anil Aron Victor D'Souza
To submit your article / poem / short story to Daijiworld, please email it to news@daijiworld.com mentioning 'Article/poem submission for daijiworld' in the subject line. Please note the following: