Anti-Conversion Bill: A Self Goal by Karnataka BJP?

We are pained by the irresponsible statements and false allegations made by a few people holding leadership positions in the country ‘in preparations’ for bringing out the anti – conversion act in Karnataka Legislature. Though the Bill is passed in the Karnataka Legislative Assembly in the last session, it is yet to be introduced in the Legislative Council for passage and presented for approval of the Governor before it becomes an Act for implementation. Even after the passage of the Act, there is a strong possibility that it will be challenged in the Court! 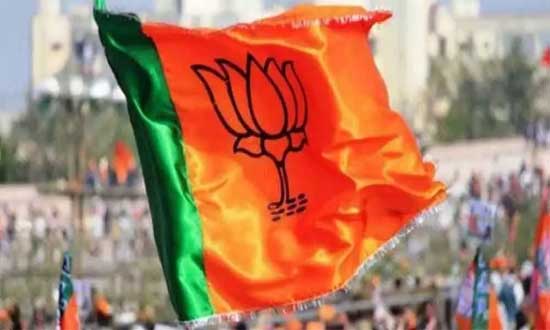 Whatever may the merits or demerits of the Bill in question, it has exposed the lack of understanding and knowledge on the part of the proponents of the Bill about one of the most ancient and integral minority Indian community. In their enthusiasm to garner some perceived political gains, they have agonized a patriotic and peace loving community in the country to the detriment of all concerned by claiming that ‘Christianity was a contribution of British rulers to India’. Without being prejudicial, an earnest attempt is made by me in this article to present some factual data about the Indian Christian Community which may help our general readers to have a proper prospective of the issue:

· Christians in India are more than 100 generations old! It is wrong to say ‘first generation Christians are dangerous than second or third generations’!
· Christians and Pope are praised in Goa which has a Christian population of 3,66,130 and simultaneously ridiculed in Karnataka where the Christian population is nearly 4 times larger – 11,46,647 as per 2011 census!
· St. Thomas the Apostle had come to India in 52 AD and Christian communities had well settled in the South West region of India even much before the arrival of Vedic Aryans in that region.
· There is a reference to Christians of India dating back to 324 A.D in the form of ‘John of Persia & Greater India’ in the list of the delegates to the Christian Council of Nicaea.
· As early as 1329 A.D Pope John the XXII had formed a Roman Catholic Diocese for South Asia ( Greater India) with Quilon (Kollam) as the headquarters and had appointed a Dominican Prior Jordanus Catalani as the first Bishop to look after the spiritual needs of Christians spread over the Indian Subcontinent extending from Afghanistan to Sri Lanka and Burma.
· In 1671 A.D Pope Clement X appointed an Indian Christian Fr Thomas de Castro (born in Goa 1621 , died in Mangalore 1684) as the first Bishop of South India with headquarters in Mangalore. He built the Milagres Church, Hampankatta, Mangalore in 1680 on a piece of land provided by the Keladi rulers. His grave is found in the Milagres Cemetery Mangalore. His contemporary Goan priest, St Joseph Vaz( 1651-1711) who had worked as Vicar of the neighbouring Rosario church during 1681-84 and in the distant Sri Lanka( 1687-1711) is revered all over Christian world as Apostle of Canara and Sri Lanka!
· By 1780 in Karnataka alone, there were more than 60 Christian parishes or communities with individual churches and parish priests peacefully practicing their religion – 28 in coastal and rest in old Mysore regions. This was much before the establishment of British rule in India!

The first ever Indian to address his country as ‘Mother’ or Motherland (instead of Fatherland) was an Indian Christian poet in English , Henry Louis Vivian Derozio (1809-31), assistant headmaster of Hindu College, Calcutta and founder of ‘Young Bengal Group’.

Bombay born Catholic trade union leader and close associate of Lokamaniya Bal Gangadhar Tilak, Joseph ‘Kaka’ Baptista (1864 – 1930) advised and assisted Tilak in organizing a non-denominational Hindu festival, ‘Sarwajanik Ganapati Utsav’ in Maharashtra and in popularizing the slogan ‘Swaraj is my birth right’ .Joseph Baptista founded All India Trade Union Congress in 1920 and was elected Mayor of Bombay in 1925. He was also the defence lawyer of Veer Savarkar at Bombay High Court.

Kerala born, but Madurai based, Syrian Christian Barrister / Journalist George Joseph (1887 – 1938) played a key role in editing and publishing ‘The Indpendent’ (1921), a journal started by Motilal Nehru and the young India of Mahatma Gandhi (1923). He was imprisoned for leading the Viakom Satyagarha (1924- 25). His wife Susannah Joseph along with Nagammal, wife of E V Ramaswamy led the women’s group at the same Satyagraha.

Tanjore born and an expert in Hindu law, T R A Thamboochetty was the first Roman Catholic to be appointed as the Chief Judge of the Mysore High Court in 1894 by the Maharaja and his son T Thamboochetty built the iconic St Philomena’s Church in Mysore under the patronage of the Maharaja.

Orissa was the first Indian province to be created on linguistic basis as early as 1st April 1936 and the credit for this goes to an Indian Christian, Utkal Gaurav Madhusudan Das(1848-1934), the founder of ‘Utkal Sammilani’ and President of All India Christian Conference.

In-spite of being only 2.3% by population, Indian Christians who are spread out in various proportions throughout the country are capable of exercising greater political pressure in comparison to Muslims and Sikhs in our federal system. Christians are in absolute majority in the three states of Nagaland, Mizoram and Meghalaya, almost a majority community in Arunachal Pradesh and Manipur and a significantly influential minority in Goa, Kerala and Andaman and Nicobar Islands.

If a few scores of foreign born Christian missionaries are found to be working in India at present, in contrast, thousands of Indian Christian priests and nuns are engaged in education, health and social service activities in almost all 200 countries of the world!. Nearly four thousand nuns of Missionaries of Charity of Mother Theresa through a network of 590 missions are actively alleviating human suffering in 123 countries! Hundreds of Indian priests and nuns belonging to various Roman Catholic congregations like the Society of Jesus, Franciscans, Holy Cross, Carmelites, etc, are found running parishes and institutions all over the world.

However, the global extension activities of the indigenous Indian churches of Kerala have no parallel in the whole world! They have succeeded in establishing full pledged Archdioceses and Dioceses with designated Cathedrals in many countries in which they have sizeable number of Indian believers and worshippers in their own unique religious rites like Syro-Malabar, Syro-Malankara, Malankara Orthodox, etc. Given below are some of the details:

Syro-Malabar Catholic Diocese of Mississauga, Canada(Estd 2015), the largest diocese by area in the world catering to the spiritual needs of about 60,000 faithful scattered all over Canada through a network of 16 churches and 42 missions.
St Thomas the Apostle Syro-Malabar Diocese of Melbourne (Estd2014)to look after the spiritual needs of 50,000 Catholics of Australia and Canada.
St Thomas Syro-Malabar Diocese of Chicago (Estd2001) catering to the spiritual needs of 90,000 faithful through a network of 42 churches and 32 missions spread over 25 States of USA.
Syro-Malabar Catholic Diocese of Great Britain, Preston, UK (Estd 2016) to serve about 38,000 faithful of U.K.
Syro-Malankara Catholic Diocese of US and Canada, Elmont, New York (Estd2010) to look after about 10,000 faithful in 10 US cities and 2 Canadian provinces.
The UK, Europe and Africa Malankara Orthodox Diocese, London (Estd2009) with 41 parishes in 10 countries.
Malankara Orthodox Diocese of North-East America, Muttontown, New York (Estd 2009) with 63 churches spread over in eastern parts of US and Canada.
Malankara Orthodox Diocese of South-West America (Estd 2009), Beasley, Texas.
Malankara Archdiocese of the Syriac Orthodox (Jacobite) Church in North America (Estd1993), New Jersey with 40 parishes.
The unique and small Brahmavar Diocese of Malankara Orthodox Syrian Church with headquarters in Nantoor, Mangaluru, has an overseas church in Abu Dhabi, named St George Orthodox Cathedral!

The Karnataka based religious congregations like the Apostolic Carmel and Sisters of Little Flower of Bethany have gone global! The AC Sisters have a separate Province in Sri Lanka and run schools and social service centres in Kenya, Italy, Kuwait and Bahrain. The Mangalore based Bethany Sisters have two convents in Tanzania, five in Germany, four in Italy, two in France, two in Mauritania and one in Senegal! The Diocese of Mangalore has adopted the Same Diocese of Tanzania for missionary work and a few Mangalorean priests are working there. Even the lay organization like Bangalore based Federation of Konkani Catholic Associations, Karnataka, has affiliating organisations in UAE, Kuwait, Qatar, Canada, UK and USA. All these institutions maintain active websites and share information about Indian events on a regular basis through popular video magazines like daijiworld.com.

Indian priests and nuns are well respected all over the world for their dedicated service and humanity. I have personally observed this during my stay and visits in such diverse countries as Kenya, Uzbekistan, Germany and Indonesia. Mother Theresa’s Sisters are simply called as ‘Indian saints’ by many people in Tashkent. The Social Sciences block of a famous university in the distant Jogjakarta city of Indonesia is named as ‘Mother Theresa Block’. I could not resist the temptation to pose for a photograph (which is reproduced here) in front of that Block during my trip there on January 31, 2017.

The Indian Christian institutions are intimately connected with one another and are in constant interactions with the local communities through various networks. Any harassment and discrimination meted out to the Indian Christian community will result in widespread dis-appointments and unhappiness on a global scale. So when some miscreants desecrate a church or mutilate a statue of Jesus Christ even in a remote Karnataka town, pain and shock is felt across the world! If the aim of the BJP Government is to build honour and prestige for India among the comity of nations, enacting legislations like the present anti-conversion bill will be counter- productive. I hope good sense will prevail and the Karnataka BJP will withdraw/kill the Bill and avoid hitting a self-goal! 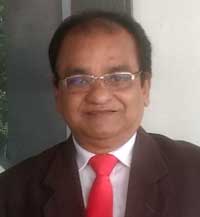 By Joe W Lobo, Kulshekar
To submit your article / poem / short story to Daijiworld, please email it to news@daijiworld.com mentioning 'Article/poem submission for daijiworld' in the subject line. Please note the following:

Title: Anti-Conversion Bill: A Self Goal by Karnataka BJP?