Many a times in our lives, we come across situations or circumstances where our own personal beliefs and values are challenged, where the whole concept of society and the curbs it tries to impose on its people through subtle forms of direct or in-direct gestures, actions or references are omni-present in the current world we live in, and more importantly a situation where only one type of community exists, which brings us to a situation where our views, our perceptions and more importantly our outlook towards life is challenged so much to the extent that one feels the need to confirm to the society and their ways of thinking. This raises a dominant but significant question as to how do you navigate these challenges as well as how do you come up with a comprehensive approach that could help mitigate such situations. 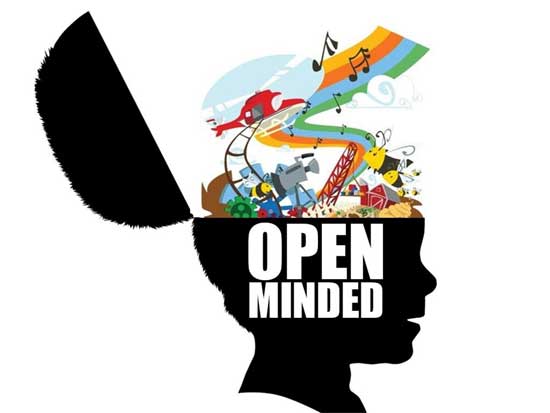 All of this leads to my topic of adopting an open minded perspective to handle these and many forthcoming challenges destined to come along the way. Throughout the course of my very own life, I went through similar life experiences and situations where I had to live in the presence of only one community, which dates way back to school and as far as even my college life. I would with definite confidence say that it is really tough when you are surrounded with people of the same community, leaving you all by yourself to find your way through all these challenges. More so- the mindset part of it, as more often than ever, people of the same community tend to support each other a lot, and you because of the fact that you are different from the rest are poked at, mocked at, made fun of and are thrust with 'grim smiles and expressions' which all goes to show the feeling of one community that forms a dominant characteristic of the particular place, in my example the school. One thing if not evident at the first experience is the fact that there exists a lot of biases and stereotyping that forms a part of the thinking of that community which if looked at from a more broader perspective would actually go to limit the options they have in terms of their growth and personality development, and the fact that 'you are in your comfort zone' which makes it even more intimidating. At that point in time, I was not in a great position to ward off as I would say the 'tyranny of the majority' and the way they positioned themselves in the first school I had begun my education, but the one thing that I learnt from this experience was that you could respect their ways of thinking and more importantly - give them a long margin as their superiority, their pride and the way they uphold themselves would eventually fizzle off in due course. Yet this was something, that I found really hard to follow.

In the last experience, where I had again faced a similar situation was back in college, where people were of the same community as myself, but though I myself am a Goan by ancestry, I was not able to get along with that community as I couldn't speak their language and yet again, have the same mindset as theirs. Yet taking the hard experience I had gained from my schools days, and adopting it to the reality back then, I once again gave them a long margin, I adopted self-love as a motto whenever I helped people out, and more importantly I tried as far as possible to really understand them and what they were really trying to say, which was something beyond all human capability and imagination as well as even defying the value systems that I had personally grown up with all these years of my life.

Both of these experiences taught me one thing, when you are exposed to people of just one community, and they are in majority- your presence is outnumbered, your perspectives are challenged, the biases and also the 'limited thinking' that forms a part of that set community is amplified so much to the extent, that from a narrow perspective, it would appear that they are the best and due to the 'tyrannical nature' that characterizes this dominance, one may appear to be inferior as compared to the rest. However, if we can change the way we approach the situation- and adopt a more broader perspective that would encompass the world at large- we would actually come to the realization that this community is nothing but a pint of the Earth's planet, that is finding yet another way to continue their survival, and that outside influences are considered as one of the biggest threats to sustain it. By adopting this perspective on the situation and approaching it, not only do we realize that the community is 'limited in its thinking' and the way they perceive life that is as they say- homogenous to the current environment. On the contrary, we have done ourselves a favor as we have 'opened up our minds' and in that way 'broadened our perspective' to clearly handle the challenges of this life and whatever may come along our way.

I would just like to end this post with one question translating to a thought that would obviously bring me to my topic that- if all the communities around the world were homogenous or the same in their thinking- how would humanity exist? How would we continue to nurture the very core purpose of our existence on this planet?

I hope you have had a great read and do feel free to leave your thoughts and views after reading this short writeup.... 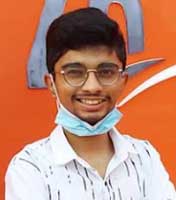 By Bryce D’Souza
To submit your article / poem / short story to Daijiworld, please email it to news@daijiworld.com mentioning 'Article/poem submission for daijiworld' in the subject line. Please note the following: