During his recent day-long visit to the Coastal districts of Dakshina Kannada and Udupi, the Chief Minister Basavaraj Bommai said that there would be “action and reaction” which are to be taken into account while viewing incidents such as moral policing. He also argued that moral values were needed in society to lead a cohesive life and that just as the government has to maintain law and order, society too has to behave in a “responsible way”.

Hardly the chief minister had returned to the capital the news of a sub-committee for the welfare of minorities initiating a survey of Christian Missionaries hit the headlines that gave way to ‘action and reactions,’ pouring out exactly how the Chief Minister had signalled.

Karnataka MLA Goolihatti Shekhar of the BJP chaired a meeting in the absence of his party colleague and chairman Dinakar Keshav Shetty. Shekar directed district authorities to find out how many of the 1,700-odd churches and prayer halls in the state were legal. 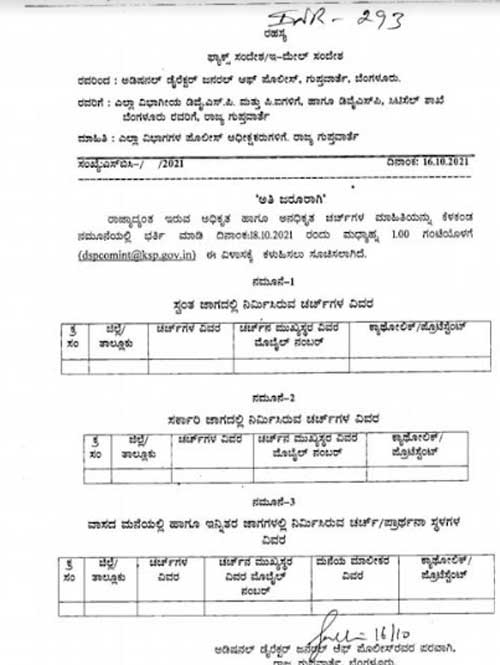 The Congress’ MLA Rizwan Arshad, a member of the panel opposed this decision and said that the minority welfare and backward classes department is supposed to take care of the welfare of these communities and not target them. The BJP has misused the department to target the Christian community, he had alleged. He said, “The panel has directed DCs of some districts to do a survey on churches and have asked them to further examine their activities and much more. I strongly condemn this.”

In a well-attended press conference the Archbishop of Bangalore archdiocese Rev Peter Machado blasted the ‘personally and politically motivated decision’ of a subcommittee and called it a futile exercise which will serve no purpose. Instead he suggested to carry out a survey of Christian educational institutions and health centers run by the Christian missionaries which will give a fair idea of the service that is rendered by the Christian community to nation-building. 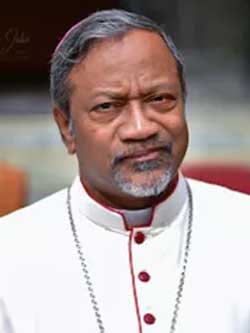 He questioned why only the Christian community is targeted for the survey. He wondered how the honourable chief minister hitherto seen as a broad-minded person should succumb to the pressures from fundamentalist groups, who wish to indulge in disturbing the peace, harmony and peaceful co-existence in the society.

The archbishop clarified that the Catholic Church is always against forceful, fraudulent and incentive based conversions. On the other hand, the Constitution of India under its Article 25 (also 26, 29 & 30) ensures the freedom of every citizen to profess, practice and propagate his/her religion without fear or force? Why do we need any anti-conversion laws when there are enough safeguards enshrined in the Constitution and the legal system of the country to punish the guilty?

On the following day, former MLA of Mangalore South constituency J R Lobo who himself was chairman of the state legislative backward class and minority welfare committee in a press meet, slammed the government for its communal action. He, without mincing words said, “The government is targeting Christian community.” 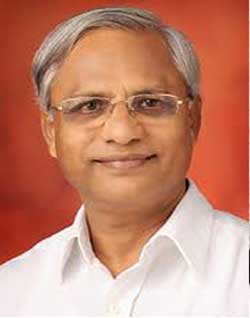 He even dismissed the fact that Minorities Welfare Committee has the powers to conduct a survey. The committee can only recommend and the action if any has to be taken by the State Cabinet, he stated.

JD(S) MLC BM Farooq, another member of the committee was the first to call me to explain about what happened in the meeting. He said, “All these issues should be discussed in the Legislature or Parliament. “As a committee, we do not have any such power.” Farooq said he walked out of the meeting when they suggested that the committee members should visit churches on a Sunday. 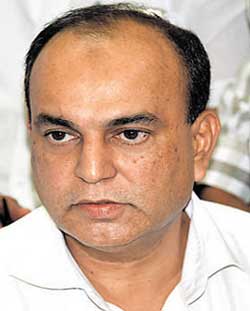 He cited a verse from the Holy Quran that read - “You Be Your Religion, To Me Be Mine.” Every Muslim, must show respect for every other religion. This is what prophet Mohammad (pbuh) had said and done, he added.

Prior to talking to other members of the Christian community, I spoke to Captain Ganesh Karnik, a former Indian Military officer who had been member of the Karnataka Legislative Council for six years. He was also the Chief Whip of the opposition BJP party in the council and deputy chairman of the NRI forum of Karnataka which has sizeable following within the NRI Kannadigas. Captain Karnik currently is the spokesman of the State BJP and is known for candid views and a secular mindset.

When I called him he was in Bengaluru and was unaware of the survey. He asked for the terms of reference which I forwarded to him. 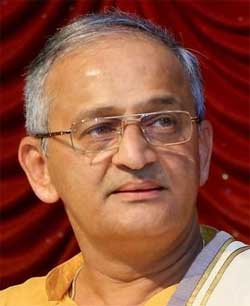 In an exclusive interview Capt Ganesh spoke on many issues, including the conversion, which he said he opposes vehemently. The recent report of seeking survey is sporadic, according to him, which has emanated from police asking for investigation on a conversion case. (Perhaps he was referring to the conversion of MLA Goolihatti Shekhar’s mother.) However, he denied that this survey is initiated by one person but with the tacit approval of a majority. But he had no answer as to why it is directed towards a single community if it is meant to study and introduce the welfare schemes of the government for the minority communities. But he did appreciate the role of Catholic Christian community in sectors such as education and health, etc and felt possibly Catholic community is being mistaken for the anti-social activities of other communities within the Christian denominations. BJP as a party in no way targets the minorities, he maintained.

Speaking to me the Bishop of Mangalore diocese Dr Peter Paul Saldanha said “In a way the committee has faulted against the Indian Constitution. The Indian Constitution has given right to every Indian citizen to choose the faith according to one’s own conscience, I don’t understand why a survey is needed at this critical juncture. If at all if a survey is needed, it has to be notified by the State or Central government.” 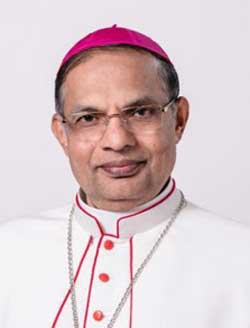 Further he stated that, if someone like Goolihatti Shekhar’s mother desires to convert to any other religion of her choice the Constitution guarantees her that right. I am amused why a son has to blame the Christian Missionaries for offering material benefits to his mother. On the contrary it is the duty of a son to take care of the needs of a mother.

It looks like a politically powerful politician out of personal grudge has ventured into a move that is legally incorrect and will have serious implications, he added.

I spoke with Silvian Noronha, chairman of Federation of Konkani Catholic Associations (FKCA), an umbrella group of almost 33 Catholic associations worldwide. He also expressed his strong resentment towards the ongoing survey and said although it will not harm the life of Christians in general it will definitely spoil the peace and harmony in the society. “I don’t know why they cannot live us alone,” he said in a voice of bitterness and frustration.

Stany Lobo, a tall leader from the community and president of Catholic Sabha which is active in more than 200+ parishes of Dakshina Kannada and Udupi diocese limits, sounded positive in his point of view. “Let us wait and watch, as to what comes out of this survey. Are they aware how many denominations are existent in Christian community, why are they polarizing the already a divided and sensitive society. Is it because of the forthcoming assembly elections or is there any other hidden agenda. Is this survey really needed at a time when we are going through an impending Corona crisis, floods and thunderstorms everywhere and in-fighting for the CM’s chair in their own party,” he demanded to know. 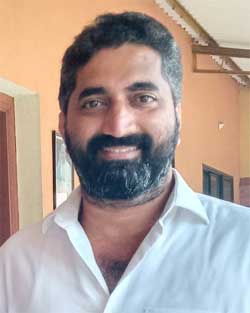 Joylus D’Souza, currently chairman of Christian Development Board and also an active BJP activist from the Christian community when contacted, said, “The BJP government is fully committed towards the welfare of minority communities, including Christian community and has released funds for their development activities from time to time. If some members feel that certain stray incidents have dent the party's image and sends out an unfair signal, we will shortly and certainly resolve the same by conferring with the honourable chief minister. Be assured that our government works for the welfare of all.”

As far as I know the Catholic Church doesn’t conduct prayer meetings in individual houses as they own government approved churches, said a top BJP member from the Coastal region on the condition of anonymity. “This is the same mistake former Bajrang Dal convener Mahendra Kumar and his erstwhile gang committed and attacked places of worship of a decent community upon wrong information. It was only later they realized that they have targeted a wrong section and called it as ‘wrong address’. Sadly, Kumar had to fight 17 cases all alone and met his death following isolation and depression.”

“Let me tell you frankly and don’t quote me on this,” said a BJP party activist. “BJP or Bajrang Dal is not against Christians per say. We are aware of the fact that Christians are striving hard for the welfare of the society but it is only a few who take advantage of the situation. Finally they will end up like Mahendra Kumar as the party doesn’t support anti-religious stripe,” he said.

I asked many BJP leaders (including two local legislators) for their point of views, but they vehemently refused to be a party to the committees’ decision. “It is wise to be quiet and not tarnish the image of a gentle community,” said one of the members. “They have immense contribution to the society, be it socioeconomic, in the fields of education, medical, cultural and their members have actively contributed to the society in a big way, from their hard earned savings. Be it working overseas or running small time businesses they contributed their might. Let us work towards maintaining peace and order in the Coastal region. Already many companies - including tourism companies have backed out due to constant communal clashes in the region,” he said.

The survey now smiles at the political future of Goolihatti Shekhar as it is not sure if he will continue to be a member in the committee. Is it the personal vengeance that forced him to take up this survey or does the party really supports him in this politically smacking decision, is the question floating in the social media? It is high time the Chief Minister realizes how far the action-reaction war has triggered and that if no action is taken on time it can also tear down the religious fabric woven with much care and concern by the founders of our Constitution. 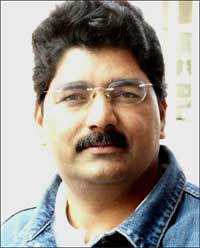