Global Warming: Neither Climate Change nor its Man-Made

Introduction: The Earth’s climate is dynamic and it is always changing through the natural cycles. The humans are experiencing today is part of this system only. It is beyond human control. Humans need to adapt to that. Our forefathers adapted to this but the modern man to meet with the greed destroyed this system and brought in the new concept of global warming to divert from the real issues that humans are facing as in that also they are the main beneficiaries. As part of misinformation campaign scientists have warned that a warming planet would cause more extreme storms. If global warming continues unchecked, summer monsoon rainfall in India will become stronger and more erratic. Unfortunately, nobody follows the definition of ‘Climate Change’, even those who put forth the definition like WMO/UN, IPCC, UNFCCC, UN, etc. World Meteorological Organization of United Nations (WMO/UN) brought out a “Climate Change” manual prepared by top meteorologists from national meteorological departments around the world [one of them (late) Shri. K. N. Rao, is from India Meteorological Department] in 1966. It presented methodologies to separate natural variability from human-made, namely trend and assesses the cyclic variations in the data series. Later IPCC and UNFCCC presented definitions in line with WMO/UN. However, IPCC’s reports were prepared by handpicked-up persons with poor knowledge on the science of Meteorology & Oceanography. 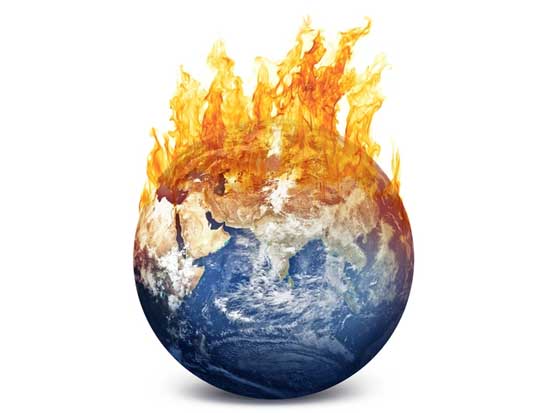 Definition of Climate Change: According to these definitions, climate change consists of (1) natural variability and (2) man-made trend. Natural variability consists of (1a) irregular variations that include inter-annual and intra-seasonal variations and (1b) Systematic variations/Rhythmic Variations or Cyclic variations. Man-made trend is expressed by Greenhouse Effect Component (2a), which includes anthropogenic Greenhouse gases effect (global warming) (2ai) and aerosols effect, etc. (2aii); and Non-greenhouse Effect Component (2b), which includes land use and land cover changes, which include Urban-Heat-Island Effect (2bi) and Rural-Cold-Island Effect (2bii). According to IPCC’s AR5, 2a is more than half and 2b is less than half of the trend.

IPCC’s poor image: IPCC claims that [IPCC-AR6-WG-I of 9th August 2021] IPCC doesn’t tell governments what to do. Its goal is to provide the latest knowledge on climate change, its future risks and options for reducing the rate of warming. The IPCC doesn’t conduct its own climate-science research. Instead, it summarizes everyone else’s. To get a glimpse of that future, scientists run experiments using computer models that simulate Earth’s climate. The IPCC uses a set of scenarios to try to understand what the future might look like. All climate models work a little differently and create different results. That is, it is half-baked science and produces more greenhouse gases through use of computer that use enormous power.

IPCC concluded in AR4 that Himalayan Glaciers will melt by 2035 and Al Gore concluded that Greenland will be ice free in five years. When we questioned on IPCC’s conclusion, the IPCC’s Chairman, Rajendra K. Pachauri said it is “voo-doo science” – in fact my article on this was supposed to go for print in Down To Earth Magazine but just at that time announced Nobel Prize awarded to IPCC & Al Gore jointly in 2007 and thus withdrew my article and published another article of mine on Polavaram Project in its place. However, surprisingly, after receiving the Nobel Prize both withdrew their conclusions: “Himalayan Glaciers won’t melt by 2035 & expressed regret by saying that established standards of evidence not applied properly. Also, Al Gore withdrew his conclusion that “Greenland will not become ice free in 5 years”. This was announced only after IPCC & Al Gore jointly received Nobel Prize & money – now two others of three received half the Nobel Prize for similar subject just before COP26.

Global Warming: Global average annual temperature anomaly of 1880 to 2010 – there are diverse versions both with surface data and satellite data (most of them are adjusted data series only and not raw data series) – presents 60-year cycle varying between -0.3oC and +0.3oC with a linear trend of 0.6oC per century. Under linear trend if around 50% of this is 2ai [global warming component] then it is 0.3oC per century and the same from 1951 to 2100 is 0.45oC [as per IPCC, 1951 is the starting year of global warming]. In nature the trend is not linear as the Sun’s Energy is constant. Because of this so far there is no scientifically defined value for climate sensitivity factor that translates carbon dioxide levels in the atmosphere in to rise in temperature – Methane and Nitrous Oxide are short lived gases unlike carbon dioxide in the atmosphere and thus have no impact. Because of this groups are running for days/months/years simulations on sophisticated computers but with unrealistic ranges. Thus 2ai is nearly negligible to cause any extremes. In fact the satellite data goes with it but later the data series were withdrawn from the internet – however I included this in my 2008 book that is available online [Climate Change: Myths & Realities]. Where intensive irrigated agriculture is cultivated, in those regions showed negative trend or zero trend; and Western Ghats with the human destruction showed positive trend. However, India and China showed night temperature rising and not day temperature.

All-India southwest monsoon rainfall presented 60-year cycle – published in 2000 book. The frequency of occurrence of high magnitude floods in few northwest Indian Rivers follow this cycle – published in 2016 books. All-India annual rainfall data series of June to May for 1871-72 to 2014-15 presented also 60-year cycle [same as southwest monsoon season rainfall] – two full 60-year cycles completed by 1986/87 and new third cycle started in 1987/88 – starting year of new year in Indian Astrological cycle [in Telugu calendar it is “Prabhava”], which is lagging by three years to Chinese Astrological cycle. Godavari River water flows followed this 60-year cyclic pattern only. Recently, a team of scientists conducted Tree Rings study to build Brahmaputra River flows for 1309 to 2004 [7 centuries]. They identified two 30 year drought years that fits in to below the average 30 year period of 2nd cycle [1957/58 to 1986/87] and below the average 30 year period before the start of 1st cycle [1835-66]. This clearly shows that there is no impact of the pseudo global warming on either in Indian rainfall or in water flows in Indian rivers.

However, Andhra Pradesh rainfall presented a different picture over that of all-India rainfall. Andhra Pradesh receives rainfall in southwest monsoon [June to September] and northeast monsoon [October to December] and from cyclonic activity from pre-monsoon and post-monsoon. Southwest monsoon rainfall showed 56-year cyclic pattern. Northeast monsoon rainfall presented the same cycle but in opposite direction. The cyclonic activity in Bay of Bengal during May to November presented similar to Coastal Andhra southwest monsoon pattern. During the above average 28 year period showed more than 10 cyclones per year reaching as high as 16 but during the below the average 28 year period presented below 10 cyclones per year but mostly around 4 with reaching zero. These are seasonal. However, annual rainfall data series of Andhra Pradesh [average of three met sub-divisions] showed 132 year cycle. Prior 1936, it was below the average 66 years in which drought conditions prevailed in 24 years [severe drought conditions existed in Bangalore during 1876-78 according to British Memoirs] and wet conditions in 12 years. The above average 66 years [1936-2001] period existed 24 wet years and 12 drought years. Since 2002 the 66 years below the average pattern started. Current data proved this pattern. The water flows in Krishna River followed this cyclic pattern.

So droughts and floods are part of natural cycles and heat and cold waves/winter rains are part of general circulation patterns existing in those parts of the countries. India gets it through Western disturbances in summer and winter and under similar patterns in USA-Canada, namely Polar Vortex – Jet Stream.

First one must understand the scenario of systems existing in any given country and characterize those systems in relating to climate or weather and without that, blindly following IPCC/UN will lead nowhere. 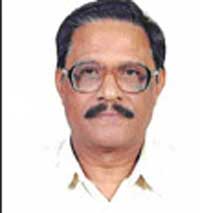 Title: Global Warming: Neither Climate Change nor its Man-Made