Covid19 in India: From Celebrations to Understanding Reality

October 22, 2021 Prime Minister Modi hailed the Covid-19 vaccination policy of India as a milestone in the control of the pandemic and hoped that the country’s policy of self reliance would revive its economy and boost the confidence of its people. People rejoiced and appreciated the efforts of Prime Minister Modi in controlling the pandemic while the opposition started criticizing Modi for patting his back. In this connection, this article examines the successes of India’s Covid policy and its failures. 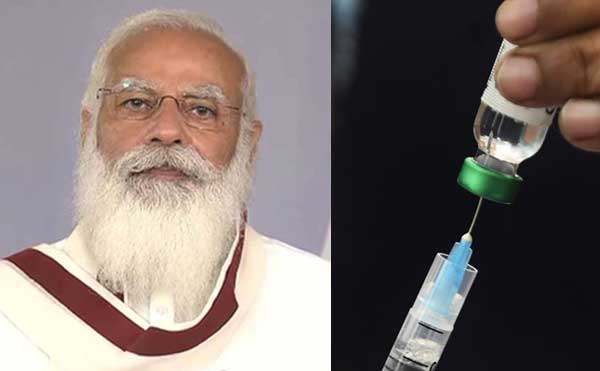 Though it is nearly two years since Covid-19 emerged, it still lingers on. While the number of cases and deaths due to Covid 19 in the world is still high, the numbers are reducing substantially in India. India has been able to control the pandemic to a great extent by taking precautions and by administering the vaccine. In my earlier study, I have given different factors of Coronavirus as care taken by the Government of India headed by Mr Modi, racial and cultural factors, immunity of the Indian population, high atmospheric temperature, food habits, less urbanization, less travelling and a democratic political structure. For the present study, 10 countries were selected which have around five million cases and the figures are given in table 1. 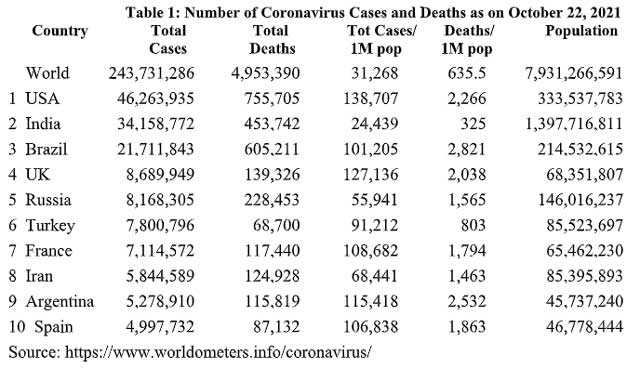 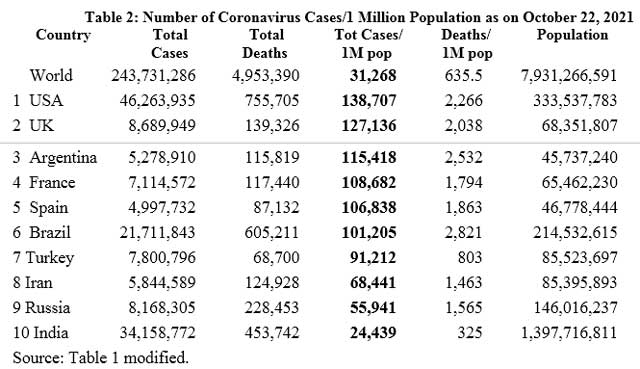 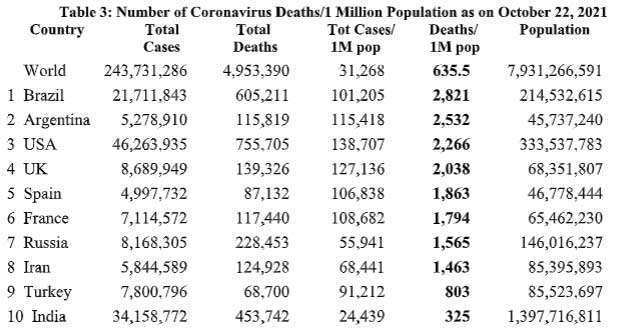 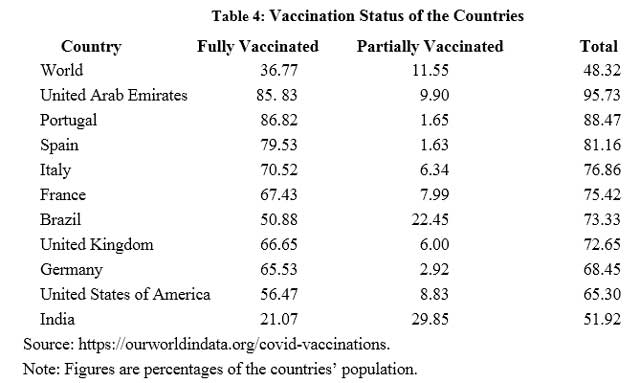 By Dr Richard Pais
Dr Richard Pais is a retired associated professor and head of the department of Sociology, St Aloysius College (Autonomous), Mangaluru.
To submit your article / poem / short story to Daijiworld, please email it to news@daijiworld.com mentioning 'Article/poem submission for daijiworld' in the subject line. Please note the following:

Title: Covid19 in India: From Celebrations to Understanding Reality