Bell of Atri is a famous Italian story. Long and short of the story of is, a bell was hung by the king to notify any injustice, so the enquiry was held and justice delivered. Back home, in Hosbet, a remote yet historically important church of Mangalore diocese, the bell was used to notify the demands of the village and raise an alarm to the powers that be. The untimely toiling of bell in Hosbet church in the mid seventies was a call to gather in solidarity to anything that people wanted lawfully from the government. The church bell was a wake up call to the different law enforcing tyrannies unleashed by the different agencies of the government. The parish priest, Fr John Fernandes, used the bell for a purpose other than religious, to bring awareness among villagers. Fr John Fernandes was a different thinker in a church that was too dogmatic and not known to stray from the established tenets of faith. 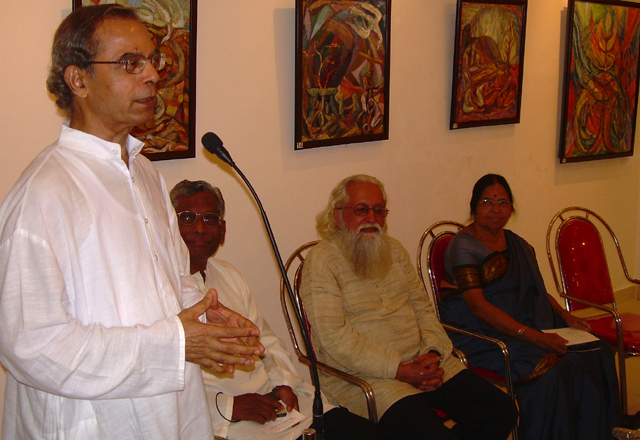 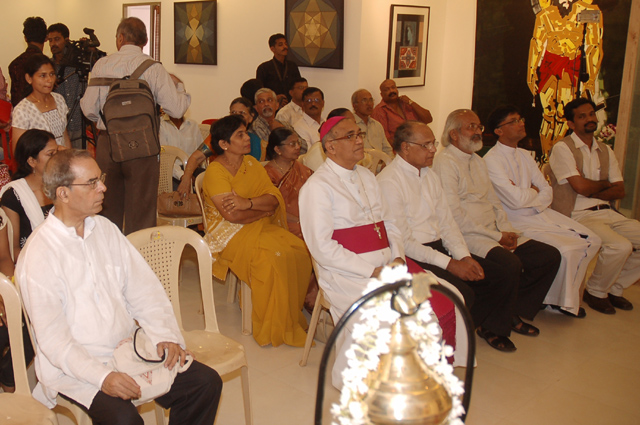 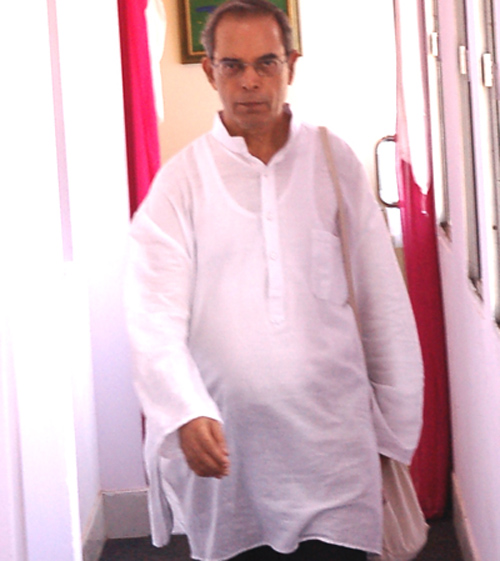 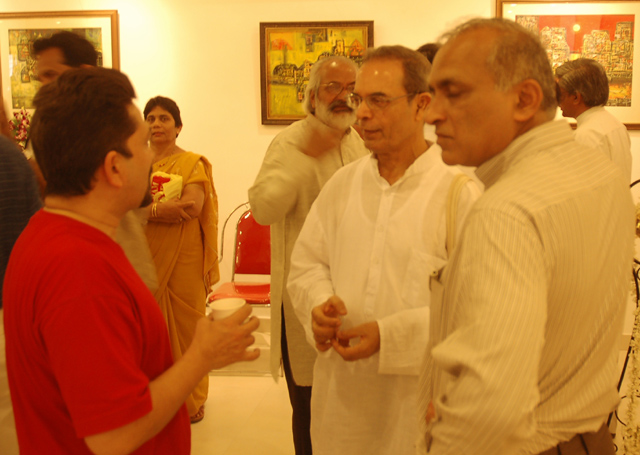 From an obscure riverside village of Udyavar near Udupi then belonging to Mangalore siocese, Fr John Fernandes’ journey to different places and situations in India and abroad, is nothing short of a miracle. When Fr John passed away on 3rd July at the age of 85, an era of thought came to an end. He leaves behind a legacy and at the same time a void in the space of liberal theology, interfaith dialogues, ecumenism and humane face of religion. Simple in demeanour, Fr John had respect and space for different thought, however he disagreed with it.

The frugal background that he belonged to gave him much needed foundation to decipher life the ocean of theology later in life. He was aware of the periphery or the margins of society he was born in and he loved being pushed to the border in order to be with people who lived on margins and were deprived of basic human dignity. He encountered many opposition in doing so, mainly from the people in power. He was deft in engaging with opposition. Opposition, he thought was very organic in any situation. He believed in the process of dialogue in any situation to over come differences. He appropriated his studies in Europe to bring about a change in the life of people in different pastoral assignments. He developed a worldview in understanding different religions and negotiated those differences to bring about a change, leading towards unification and inclusion. He despised borders and walls and built bridges across differences. In an effort towards interfaith dialogues he became a vegetarian so that his non-vegetarianism would not become an impediment in dialoguing with the members other faiths. His efforts were directed towards process of change more than towards accomplishments. He did not rest on his laurels nor sought to obtain them but took immense joy in seeing the fruits of his labour.

His vast theological studies and experiences were used to providing world view to many things in Mangalore. In two of the art camps we organized in collaboration with Chair in Christianity, Mangalore University and Orchid Art Gallery, he chose the topic of ‘Peace and Harmony’ to drive home the point for universal brotherhood. ‘ That the religious differences are man made and the creator want us to live in harmony with other creations.’ he would often repeat. The Mangalore artists in that camp, gave expression to Fr John Fernandes’ thought of harmony. His close friend Jyoti Sahi and artist of repute known for Indianisation of biblical themes gave much theological and artistic inputs to Fr John Fernandes’ concepts. ‘Primal Culture, Art for ecology, dialogue and peace’ was the second art camp through which another theme of nature and its connection to human existence was explored.

Fr John Fernandes’ activism also extended to environmental issues. ‘Dakshina Kannada on the Threshold of 21 Century’ a symposium held under his leadership raised critical issue of environmental degradation. Ecology and eco-theology were juxtaposed to critically analyse the model of development pursued by industries and government.

Fr John Fernandes’ auto biography documents his various works in India and abroad. His work in parishes gives a glimpse of the surroundings of churches of Mangalore diocese, especially parishes in remote areas. His vast knowledge gained from studies in India and abroad was made to encounter at grass root level. He recounts many such examples as to how a challenge was faced head on and solution was arrived at. He was deeply aware of the root cause of the problems and worked out a solution. In one such incident at Hosabettu Church better known as Bidirem Church he recalls how he dealt
with the issue of illicit liquor brewing where some of parishioners were involved. Following are the excerpts from his autobiography - Unbeaten Paths, Theological reflection in times of Change.

One incident which took place in October 1981, could be mentioned here:

'The whole problem of illicit liquor, police raids and harassment and treatment of people was discussed during a parish assembly meeting in the Church after the Sunday service. People decided to tackle this problem unitedly. As coincidence would have it, a special squad of excise and regular police descended on the village. Since by that time, the road was completed the Church, they drove up to the Church, parked their jeeps on the Church grounds and, led by the owner of the licensed shop, went down the valley in two or three directions to the houses of the people. At that time our people were still in the Church. When they noticed that the police had gone to raid the houses, the men grouped themselves into three batches and followed the movements of the police. One group of police raided some houses and searched, but did not find liquor. They started searching the surroundings. In one of the bushes they found two bottles. With that they entered the nearby house, found a boy there, and frightened him to confess that the "brew" was theirs. By that time one group of the villagers arrived there, confronted the police and warned them that if they harmed the boy, they would not go back safe! So the police did not manhandle anybody, but ordered the boy to accompany them to report to the officer sitting in the jeep. The group of villagers, too, followed them.

In another place, away from a house, police found some pots used for distilling. They entered the nearby house, found a woman whom they forced to carry the pots to the jeep. She refused and the police began to threaten her. Just then another group arrived and stopped police from forcing that lady. So the police had found some evidence but could not blame it on definite persons, as they used to do it forcefully in the past. This group too came to the officers near the Church and villagers followed them.

When the whole crowd was discussing with the police officers, some villagers mentioned that the matter was discussed during the parish meeting. So the matter came to me. We held a meeting, something like setting ‘people's court’ — the police on the one side, the villagers on the other and I, playing the role of the mediator:

The police were asked to tell us what their duty was with regard to enforcing the law. They admitted that their duty of the excise police was to registering a case against the offenders, when they found illicit liquor. They had no right to use force. Only when the offenders became violent, they had to take the help of the regular police and deal with it as a criminal offence. They could enter a house where there were only women only with a local witness. Then the youth leaders "deposed" before the assembly how the policemen in the past had manhandled people, even women, and forced them to own up the "stuff" found outside the house. The officers had to admit that such behaviour was not permitted and assured that it would stop. The people had to accept that, if they offended the excise law, they would be punished. From next day onwards it was rumoured in Moodbidri and the neighbouring places and soon in clergy-circles: "Hosabettu Parish priest defends illicit distillers"! These incidents gave courage to the people to resist unjust treatment by State officials and also to start a campaign to stop Government officials were made to respect the rights of the people. That was possible because the people had experienced the strength of united and peaceful action. This was the change in their outlook.

Fr John Fernandes passed away at the age of eighty-five, of which 55 years he was a priest. He was active till the end. With a pandemic situation many of his well-wishers could not bid adieu in a befitting way. But as is characteristic of the man, he left in silence, without noise and fanfare. With his going Mangalore has lost amiable public personality who tried to build bridges among communities of different faiths. Mangalore diocese has lost a dedicated priest whose outlook towards religion was service to the fellow beings and a way to be true catholic. His time as a priest was stringent unlike today where things are liberal. He was critical of community saying Christians are a ‘pray pay and obey’ community. He leaves a void in the area of interfaith dialogue, ecumenism where I do not see anyone filling his place. His worldview of theology was brought to the attention of priestly candidates in the seminary. He was patron to many of poor families helping them with their upliftment and education. The ripple effect of his work, teaching and thoughts on life will be experienced by many in the years to come. A man in the frail body frame was most stronger, unassuming yet a bundle of wisdom. His trademark attire white kurta endeared him to many and his innocent smile will be a visual that will remain afresh in the years to come. Rest in peace Fr John, as the love and goodness you have sown will bear fruits in manifolds.