As we headed to the Youth Hostel of India (YHAI), Shillong for our scheduled trek Meghalaya Caving expedition it was almost dark. We were the last group to report for the trek. As it was a national trek, trekkers from different states had arrived. But most of the time it happens that only 3 states cover a whole group. A Majority of trekkers come from Maharashtra, Karnataka & Gujrat, so this time also it was not exceptional.

After completing the registration process, we settled down in our designated rooms. An orientation program started detailing about do’s and don’ts about the trekking. On this trek we were told not to carry our whole luggage while trekking, we were only supposed to carry our lunch box and water bottle. This made all of us quite happy. 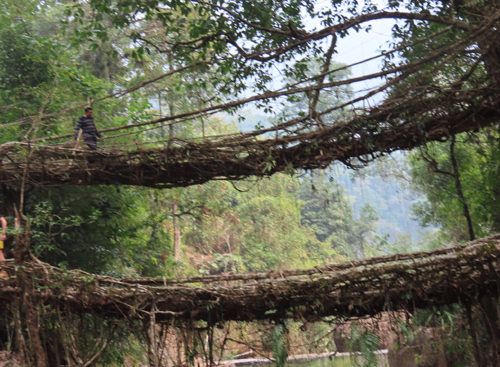 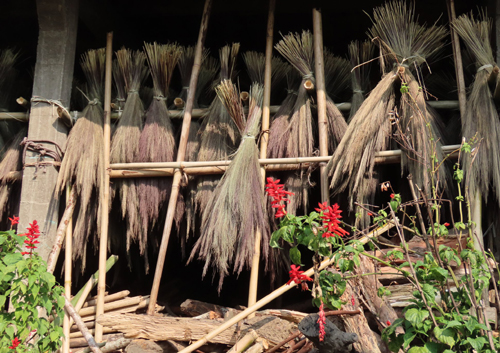 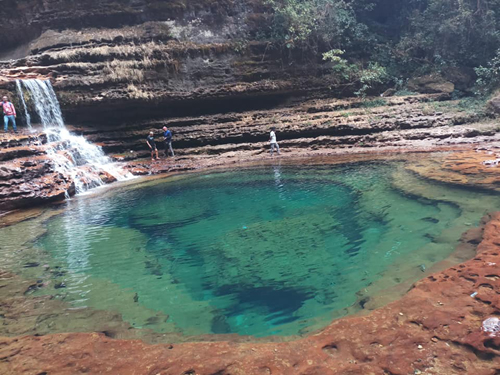 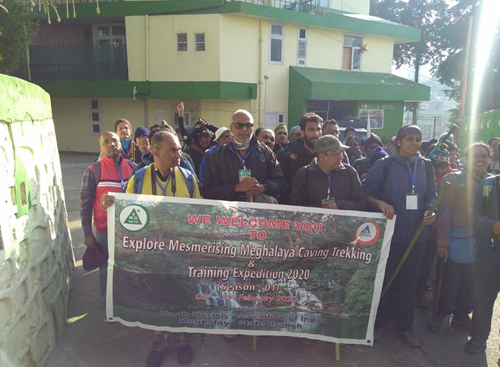 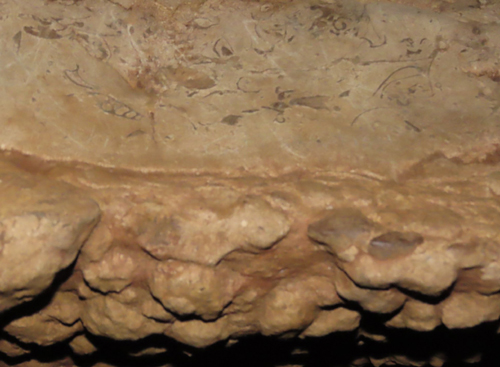 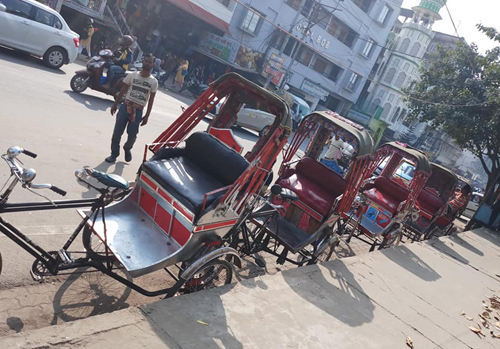 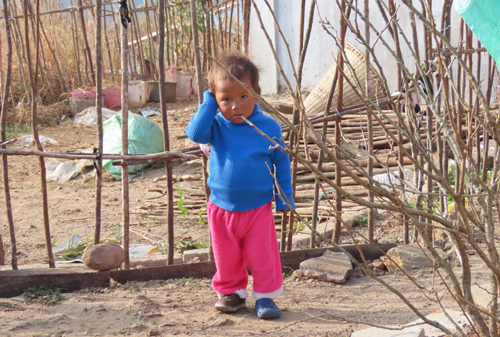 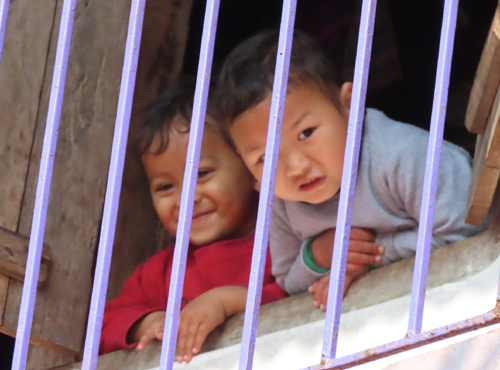 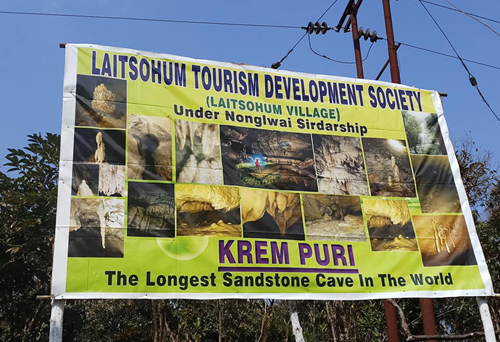 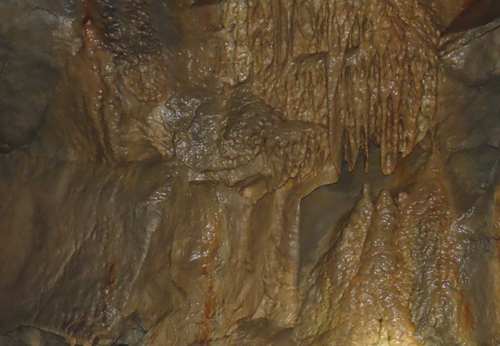 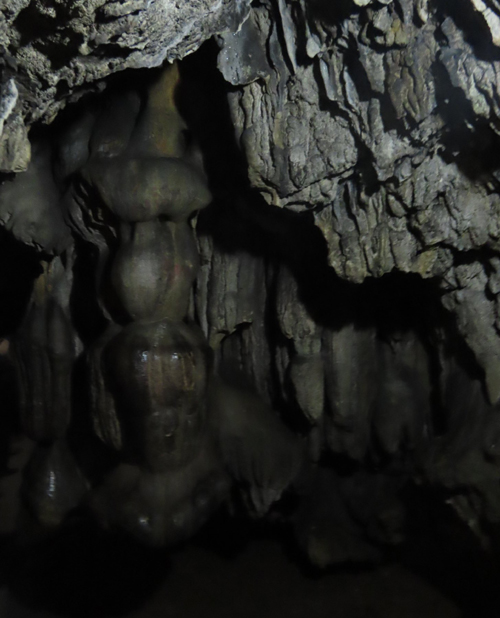 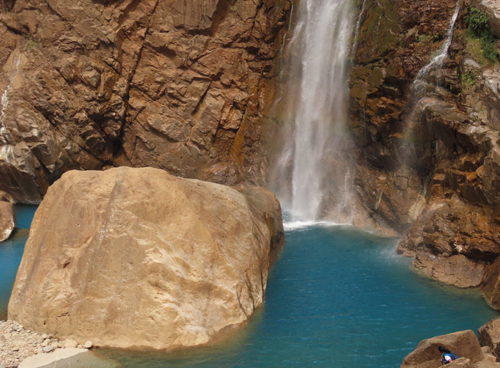 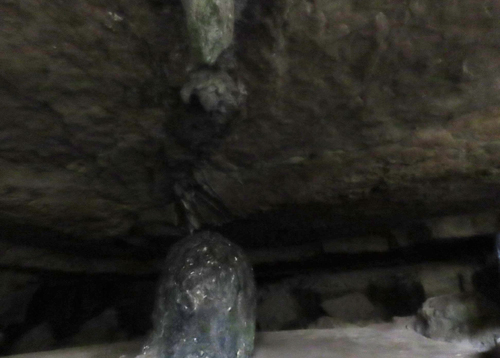 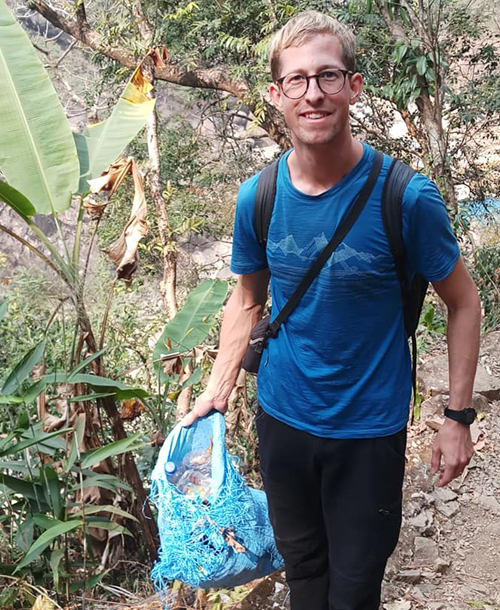 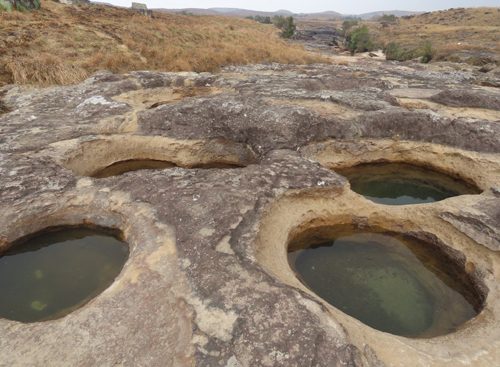 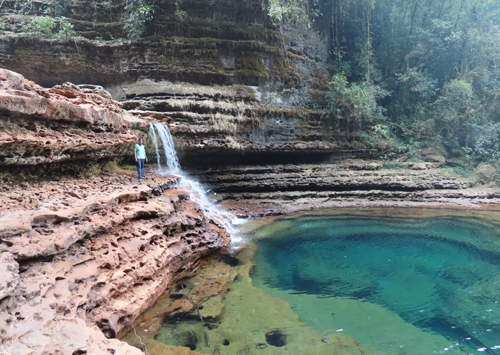 Everyone was quite excited about the trekking because it was not a routine trek like mountains or snow. It was a caving expedition, something newer than our regular treks, so everyone was thrilled about this. Next day early morning after having breakfast, we packed our lunch boxes and handed over our extra luggage. This was one of the routines for all trekking day. Once the flag off was done, we headed towards the transportation facility. First time in my life I saw Vintage bus. It was blue and yellow in colour, and mostly made out of wood. This is one of the things which fascinates me in every trek or travel is diversity. It can be anything like people, attire, food, transportation or language.

After settling down in the vehicle, trekkers started casually talking to each other. All were experienced trekkers. After covering some distance, we were dropped at Mawsynram which is the wettest place on Earth. From here we headed to our first caving destination- Krem Puri which is the longest sandstone cave of the world situated in Laitsohum village. ‘Krem’ means ‘cave’ in the local language-Khasi. All of us had carried the torch as there were no lights inside the cave.

Along with our 2 trek guides (Dani and Kaal) and a local guide, we entered the cave. The Cave was very long about 24 km, but we had planned to just cover less than a half km, because it was very narrow. Some places we had to crawl. Some people were hitting their head unknowingly, while trying to escape from the crawl. Luckily no one felt a breathing problem. It was a unique experience. Here photo session was not very easy.

After this we headed towards a place named Kremmawjymbuin to witness the giant stalagmite formation shaped Shivalinga. After seeing this we went to our next camp Laitryngew.

On the second day we had plans to visit 3 waterfalls namely Lyngksiar waterfall, Daintheln waterfall and Wei-saw-dong waterfall. These waterfalls are divided into steps, but we were not allowed to reach the top of the waterfalls. All of us did lots of photo session here and some guys took baths. After completing around 15km trek we headed towards our bus for our next camp site Sohra, Cherarpunjee.

Next day early morning after having breakfast we started for one of the toughest treks. On that we had to cover rainbow falls and living double decker bridge. We had to cover almost 10000 steps on that day. On the way we saw Nohkalikai waterfall which is considered as one of the tallest waterfalls in Asia. Many trekkers opted only for double decker bridge. We reached Rainbow falls after a steep climb. Here we could witness a rainbow. I think this phenomenon happens due to some minerals available in the water.

On the way I met one foreigner who was collecting solid waste like empty water bottles and snack wrappers etc. thrown by our so-called tourists. I just chatted with this guy for a while and realised that he was a nature lover and wishes a safe environment for next generations. I wish tourists also had realised the same thing.

After seeing a rainbow falls and enjoying the beauty of the waterfall for a while, we started to see the living root double decker bridge. It is nature’s miracle that a double layer bridge has formed from the roots of two trees. By the time we covered the bridge, it was time for lunch. A small water stream was there, with lots of fishes. We had our packed lunch here and rested for a while in cool weather. We had to climb back again 3500 steps to reach our Next camp Tyrna.

Next day from Tyrna village we headed again to see the caves. First one was Mawmluh cave which showcases the beginning of the Meghalayan age.We saw fossils as well here.. Next, we visited Mawsmai and Arwah caves and then headed back to Shillong hostel. In all these 3 caves we don’t need any guide and caves are well lit. Many tourists visit these caves.

After reaching the base camp hostel, we had our certificate distribution program. Some of them stayed back to do more local sightseeing, but I had to join back to work. While travelling back, I was thinking about my next trek the Kashmir Great Lakes.

By Revati Shendure
To submit your article / poem / short story to Daijiworld, please email it to news@daijiworld.com mentioning 'Article/poem submission for daijiworld' in the subject line. Please note the following: