After the Indo-China War of 1962, the relationship between India and China had worsened. No person worked on re-building the relation with Chinese. Chinese had blocked the Kailash Manasarovar and no Indians were allowed to visit for almost 15 years, till the Janata Party government came up in the Centre in 1977 defeating Indira Gandhi, who had declared the Emergency during 1975-76.

But there was one man who had frequent visits to Chinese Embassy and was thinking to build the Indo-China relations. He was mastered in speaking Mandarin (Chinese language) with correct accent, He has well-depth knowledge on Chinese Economy, whose PhD thesis at Harvard titled ‘Economic Growth and Income Distribution in a Developing Nation’ included study of China and Chinese economy and has worked with 2 noble laureates in Economic field Paul A Samuelson and Simon Kuznets. He is none other than Dr Subramanian Swamy. 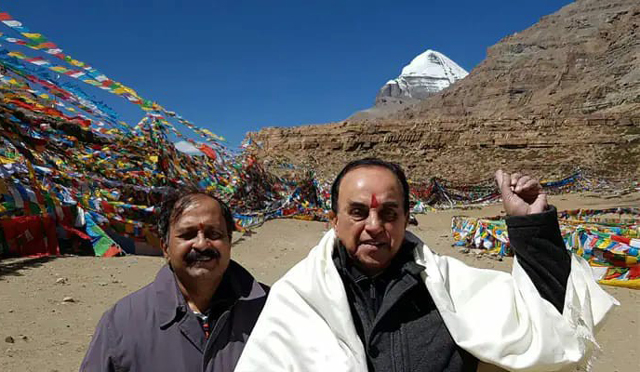 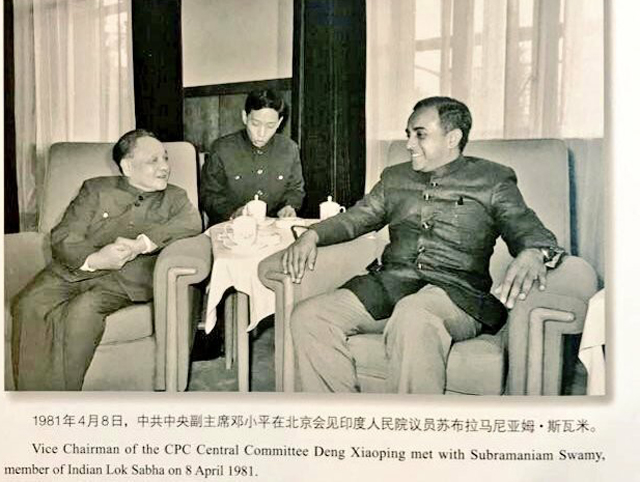 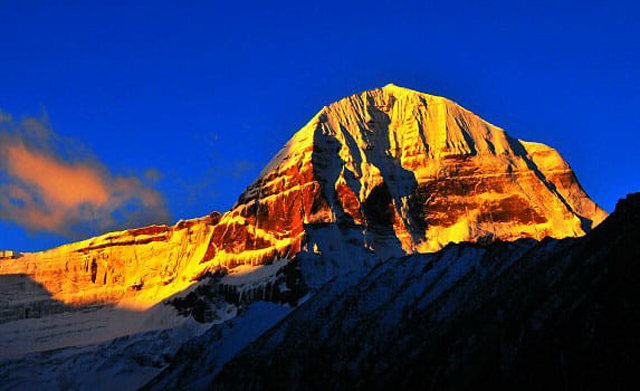 While the Janata Party government was formed in 1977 in the immediate elections conducted after the Emergency of 1975-76, Morarji Desai had become the Prime Minister. Even though initially Dr Swamy was said to be given ministerial berth, but was blocked by AB Vajpayee due to his jealousy towards Dr Swamy’s growing popularity since his heroic act during the emergency.

But Dr Swamy who had constant touch with Chinese embassy got invitation to visit China as soon as Janata Party government was formed. Vajpayee who was the minister of External Affairs in the cabinet of Morarji Desai, even had objected on this visit of Dr Swamy. But Morarji Desai insisted Dr Swamy to go first, and provided every facility and backup from the Indian Embassy in China. In September 1978, as an envoy of PM Morarji Desai, Dr Swamy visited China on invitation of the prestigious Chinese People’s Institute of Foreign affairs, where he met senior leader Ji Pengfei, this was the first contact between the both countries after 1962 war, which laid stone for building Indo-China relations. From this meeting, Dr Swamy started questioning on reopening of Kailash Manasarovar.

The Janata Party could not continue to govern for more than 2 years since getting into power due to internal clashes, which resulted the then PM Morarji Desai to resign, Charan Singh had become PM with support of Gandhi, which she withdrew after few weeks and in the general elections she came back to power in 1980. But this did not create any hurdles for building the Indo-China relationship.

During this period in 1981, Dr Subramanian Swamy was called by the Chinese for the 3rd time after 1978, this time the invitation was from China’s supreme leader, chairman Deng Xiaoping. In this meeting Dr Swamy discusses on various International topics, border issues and on how deal with the same. In the same meeting he asks chairman Deng to reopen the Kailash Manasarovar route for Hindu pilgrims, which is a Holy site for Hindus. But chairman Deng Xiaoping do not understand the name Dr Swamy quoted, so he confirms the Chinese official name of Kailash Manasarovar and accepts to reopen on the condition that Dr Swamy himself should travel there as a first pilgrim.

Even though Dr Subramanian Swamy was in opposition during Indira Gandhi government, he was successful in opening the Kailash Manasarovar. After this meeting official talks between India and China took place when Chinese minister arrived India. Indian ministers and officials present in the official meet were surprised to hear the Chinese minister insisting in an official meeting that Dr Swamy should be included in the first batch of pilgrims to the Kailash Manasarovar after reopening.

In August that year (1981), Dr Subramanian Swamy led the first batch of pilgrims to Kailash Manasarovar and he revisited there in June 2016 as a guest of the Chinese government.

By Gurudath Shetty Karkala
To submit your article / poem / short story to Daijiworld, please email it to news@daijiworld.com mentioning 'Article/poem submission for daijiworld' in the subject line. Please note the following: