The fame of Tequila and Mescal has paved the way for the emergence of another Mexican white spirit bearing the name ‘Sotol.’ By referring to Sotol, we are talking about a type of liquor which is over 800 years old and a part of Mexican history. Sotol is a distilled alcoholic beverage that comes from the northern region of Mexico particularly from Chihuahua region. 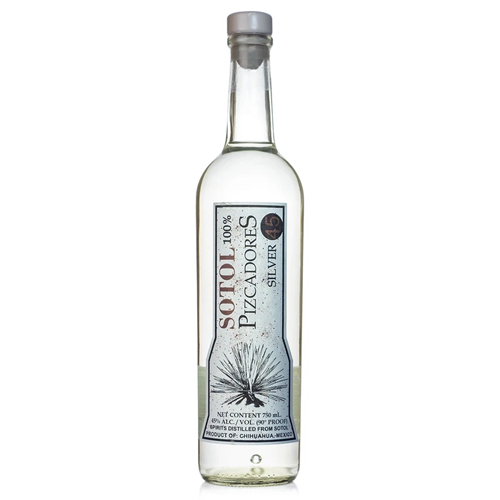 What is Tequila to Jalisco, Mescal to Oaxaca is what Sotol is to Chihuahua. Apart from Chihuahua, Durango and Coahuila are the other states that produce Sotol and its production is regulated by the Official Mexican Standard NOM-159-SCFI-2004. It was in the year 2002 that Sotol acquired the Mexican Designation of Origin status. The word ‘Sotol’ comes from the Nahuatl word, ‘tzotolin’ which means ‘palm with long and thin leaves.’ The piña of the Dasylirion wheeleri plant (Sotol/Desert Spoon) is harvested, cooked, mashed, fermented and distilled to obtain clear, aromatic liquor with around 35-55% ABV.

How is Sotol made?

After selecting the plant (it takes 15 years for the plant to reach maturity), leaves are trimmed and the centre part of the sotol plant (piña) is collected. They are then placed in a pit, dug in the ground, which works like an oven. Through this process, the harvested piñas are roasted (absorbs smoky flavor from the wood used) and then mashed into smaller pieces. The juice is fermented (using saccharomyces cerevisiae) to obtain ‘vino’ which is further distilled in either pot or patent still depending on the sotolero (stool distiller). Sotol could be unaged or aged in oak, chestnut, beech or acacia barrels.

Sotol is classified into four main categories. They are:

How to drink Sotol?

Sotol tastes like a smoother version of tequila and is gaining popularity in US. The flavor profile of Sotol varies according to the area where it is produced. It is served chilled or at room temperature in small glassware (something like tequila shot glassware). Sotol is generally offered neat but can also be used as an ingredient in cocktails. Sotol based margaritas and palomas are quite common these days.

By Varghese Johnson
Varghese Johnson is an assistant professor at St Joseph’s Institute of Hotel Management & Catering Technology at Choondacherry, Palai-Kerala.
To submit your article / poem / short story to Daijiworld, please email it to news@daijiworld.com mentioning 'Article/poem submission for daijiworld' in the subject line. Please note the following: