An Instant Coffee for Life

Existence is beautiful, sometimes it can be terrible and yet it is magnificent. Flash from the past, harking back to the things that I consistently dreamt of being, only concluded with doing nothing but regret. Remember those dewy-eyed memories while you had a roar of laughter right from falling down in the bicycle to every little element? Indeed I do, unlike it is not the self-same. It seems like the fruitfulness of recollection is now sprawling with mournful bitterness. Seasons appear and make one’s way, but the ‘time’ that matters the most, never cease.

There is definitely a master plan beyond the construction of something that can be switched to feasible, for good. But have you ever had a sensation of circumstances that gave you a heavy storm in the mind of being incapable? Absurdly I do. Breaking day with an intense prospect of adroit retains viable, just like brewing your mandatory instant coffee to keep yourself progressive. 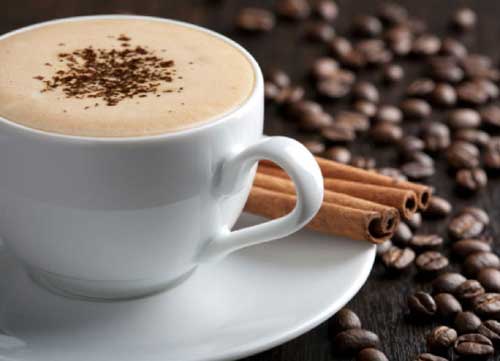 Every single day becomes harder as you tend to deliver your ideas of transfiguration. As the journey gets moving, the more you get trembled, the more you feel puzzled and slip your toe at certain times which is completely accepted. Because that gives you delightful sugar cubes to your coffee, keeping you awake and bust out from the dark space, to recreate a new version of you. Hanging on to the moral words of the elders might have either poured our hearts to be confident or to be feared in the compressed world as well.

‘Compressed world’ reminds me of my school days when the teacher used to tell us to get involved in hard work without contrasting it as ‘hard’ and ‘work’. But our little brain couldn’t hold on to the core message it conveyed. Back then, nothing else mattered to most of us other than getting good grades in the examination by which we almost threw over the outer world. Acquiring solace in the fixed zone can neither nurture an individual nor could help them to grow. Even when the ground is huge, one must inculcate a potentiality to break down the sustained space and create a sophisticated platform to stand on.

It was that strange evening, the clocks were ticking and I was sitting right beside the window of my room and began to think about the world and its existence. A number of thoughts strike into my mind until the arousal of one peculiar question- “What would have been the situation if the world is paused for a moment and I would be the only one to function”? At first I felt it would be really astounding and I would remain peaceful but then I realized that the words which come out with millions of meaning and emotions of mine will be heard by none. I perceived that there would be no concept of dream, goal, happiness and love. All I will be able to do is just hold on for the sunrise and sunset in this imaginary lonely world.

Eternally, we seek for happiness while it lies right within us. Lord Buddha once said “Happiness will never come to those who fail to appreciate what they already have”. Appreciate for what you are and stop looking for happiness because only you can create something that brings a greater amount of satisfaction.

By Hannah Fathima
Hannah Fathima is pursuing a Bachelor's in Literature, Journalism and Psychology at Alva's College Moodbidri.
To submit your article / poem / short story to Daijiworld, please email it to news@daijiworld.com mentioning 'Article/poem submission for daijiworld' in the subject line. Please note the following:

Title: An Instant Coffee for Life