The Art of Appreciation

Being in a multicultural environment for a considerable time, I have observed one excellent quality rest of the world practices but lacks among the Indian citizens is the way of greeting. Even when they see a stranger passing by, they smile, a few of them greet as well when the crowd isn’t there. A smiling face is a massive relief in every situation. 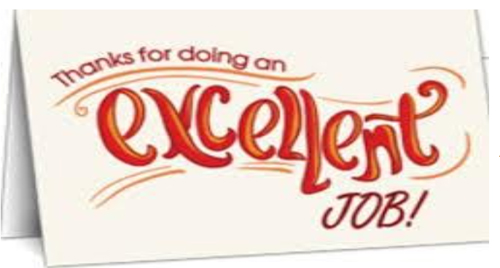 Apart from the greeting, the other vital factor to be practiced is appreciating others' efforts. Most of us are mute spectators. I have witnessed a few of the performers complaining about the public, for not reacting at all. This happened in shows meant for comedy to brighten the mood and environment. It is not easy to make out whether we are enjoying the show or not. This lack of reaction puts the performer in confusion. He won't be able to perform to his potential if we fail to appreciate his efforts. In the end, we will be tasting lesser enjoyment than we are supposed to enjoy in that event.

A performer's most significant prize is the spectator's appreciation and reaction. Understand this.

It is not that we don't react. We react in moments to a piece of political news, rioting, religion, and a few other events. A political or religious event gets numerous reactions within a few minutes.

Simultaneously, a quality event carrying a message or a life-changing knowledge/information is neglected. It is not easy to understand whether such things are read or not. So low is the reaction levels.

Even when we react to a political/religious event, most of the comments are not constructive. Most of them are divisive in nature, adding further bitterness.

Many of the writers known to me have noticed one additional feature. The number of comments is more when an article bears a female's name rather than a male. To cross-check with this reality, a writer once published an article in a female's name. He says even though the quality of that particular article was much lesser than the rest of his writings, he (she!) received more comments for that article! Gender bias in getting appreciated!

It is startling to see how the articles carrying knowledge and message are sidelined, and those which we often claim to be dividing in nature (like politics, religion) gets the reaction immediately.

It is difficult to understand why only a few known people only react, which is negligible in terms of readers' number. Considering the population we have, any average periodical/portal reaches at least half a million households, each household having at least three adult age members in it.

Even the students who are supposed to develop as leaders in their respective domains keep silent. They are losing an opportunity to practice what they are supposed to do later in their professional life. Particularly so in a leadership role.

Let us understand what might be preventing us from passing a comment, whether it is appreciative or have constructive criticism. May be few of us are introverts, shying type to display our name on the open forum. Maybe some are hesitating that their comments could be wrong and not well received. Most of them are not in the public domain so far. Hence an unseen fear/hesitation may be withholding them from reacting.

In every above situation, the practice of appreciation will help you a lot in dropping your negative nature. Hence to start with, you may select only good write up and post appreciative comments only. Just start with writing ‘well done’. From there, you will grow slowly and garner enough courage to pass critical comments those are constructive in nature. Expressing yourself helps the writer/performer and helps you a lot in developing yourself in the public domain and leadership role.

Hence, this action of appreciation will become a mutually beneficial exercise.

Coming back to reading, since the habit of reading quality material has gone down drastically, it is possible that most of the general public may not be reading what is posted on the various portals. The proof for my assumption of declining reading is, the increase in individual failures, an increase in socially alarming incidents of suicides, rampant depression overthinking and anxiety, succumbing of high profile and status people, to name a few. Had they ever opened up themselves for quality reading fifteen minutes a day and took part actively, they would not have met failure despite having all other parameters of success.

A few young talents are writing in this forum itself. We need to encourage them with our appreciation. I have noticed that even those, a very few comments they receive are their loved ones and close relatives, not from random readers. Just imagine if it is happening with your own kids' talent and how you could have felt for dismally low comments.

Let us start this critical quality and install it in our personality. Appreciate others' efforts to be appreciated when you contribute. Parents should encourage their children to actively participate in the appreciation of young talent to start with. Kindly make this a new resolution and cement it in your every action. Let us learn to appreciate.

Title: The Art of Appreciation