Violence against Doctors in India – Time for Introspection

A career in medicine is a career of Service. The profession of medicine requires a unique commitment to put the service of others first. Indians have always held the task of healing in great esteem. Rural and urban peoples alike, revered medical personnel and blindly trusted them with the lives of their loved ones. Incidents of violence against doctors in the Indian subcontinent have increased in the last few years, with some ending in fatal outcomes. It is ironic that attacks on doctors have become common in a country where the profession was once deeply revered. The current situation is an alarming one.

Violence in any form and in any setting is reprehensible. However, acts of violence in a hospital are the most extreme and should be dealt with an iron hand. Hospitals are sanctums of healing and recuperation. In addition to jeopardizing the safety of medical personnel, violence threatens patient safety and hampers their recovery to health. Doctors facing violence have been known to go into depression, develop insomnia, post-traumatic stress and even fear and anxiety causing absenteeism.

In earlier times, people went into the medical profession for the predominant objective of serving ailing mankind, and were respected. However, Trust in the doctor–patient relationship has taken a beating over the last few decades. Over time with medical care commercialization, the mentality of physicians has changed from a charitable to a lucrative one. The rising cost of healthcare is the key reason for the breakdown of the bond between doctors and their patients.

Over the past two decades, the economic boom witnessed in India, has led to change in the fabric of our country from being socialist to a capitalistic one. Post liberalisation, sickness and disease have been turned into corporate profit centres. Complete privatization of the medical care sector in India is not completely possible because of widespread poverty. 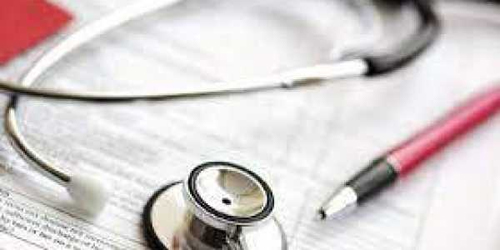 Insurance cover protection is low in India and the government does not provide enough resources for free healthcare, leaving people to fend for themselves as best as they can. Many incidents of violence have occurred at the time of billing as this out-of-pocket expense for healthcare in private and corporate enterprises pushes many households into financial distress and emotional turmoil. As majority of people are poor and do not have health insurance, Government hospitals in India offering subsidized medical care are swamped with patients and their attendants. As the medical officer attends a large number of patients every day, the quality of care gets sometimes compromised. This projects a perception of neglect to the patient and leaves him/her only partially satisfied.

The highest number of violent incidents occurs in the ICU and most of them are caused by relatives of patients. Miscommunication by physicians causes attendants to have unrealistic or too high expectations for patient recovery. Hence it is important to emphasize the patient's prognosis to the attendants in a lucid manner. Young doctors fresh out of medical school are often not empathetic enough with the attendants, leading to a sense of perceived neglect. This is often the trigger of violent assaults.

In India, Politics is dominated by sectarian groups with religious or quasi-religious agendas. Emotional turmoil due to death of a loved one is sometimes used by local politicians as an opportunity to demonstrate their political relevance by orchestrating violence and publicly castigating physicians at the clinical establishment. Low health literacy is often used to propagate myths, and false accusations are made even in cases of death due to a previous illness. During the emotional breakdown following death of near and dear ones, it becomes impossible to present or understand a rational view.

Another cause of violence against doctors in India is the lack of faith in the law and order machinery and the judiciary. A person with a grievance does not trust the mechanisms of redressal provided by law. There is sometimes a perception that doctors being well connected will get away and hence there is a tendency to take the law into their own hands by resorting to violence. There exist no laws for the protection and safety of the medical community. While it is a non-bailable offense to assault a uniformed public servant like a bus driver or a policeman, there is no distinct penalty for hitting an on-duty physician in a white coat.

Doctors go to the hospital to treat patients and patients visit hospitals to be treated. Nobody goes there to create issues. Instances of assault that happen are thus situational rather than intentionally pre-planned. There is an urgent need to make healthcare facilities a safe environment.

To run an accountable health care system, we need to focus on provision of adequate health services provided by the government through a national health scheme, appropriate management by the administrators, adequate communication and Professionalism of clinicians and a civilised and value-adhering society. Having a Central law for prevention of violence against healthcare persons and institutions is an urgent need of the hour.

The most important step in preventing mob violence in a hospital is restricting entry of the public. A large number of relatives should not be allowed at the patient's bedside. Entry should be strictly by passes and this must be implemented through competent and well trained security personnel. Security guards must be placed inside the hospital at sensitive areas such as intensive care units, operation theatres and casualty.

Insure the establishment against mob violence, damage to property and injury to workers to at least mitigate the financial losses that are incurred in the aftermath of violence. All clinical establishments should develop a standard operating procedure (SOP) for violence. Mock drills need to be conducted and each member of the staff should be clear about his role if the situation of impending or actual violence does arise. A hospital’s violence-prevention program could include training employees on the following: common instigators of violence so these can be avoided, when/how to remove themselves from risky situations, how to approach a high-risk situation, and how to de-escalate it.

The cardinal principle to prevent violence against doctors in India would be: ‘Do not overreach’. Remaining within one's capability and experience is important in today's litigious environment. Valid and informed consent is the second most important step in preventing violence. Despite the rush and low health literacy, consent should not be considered a formality. Detailed consent in the patients' own dialect and language with witnesses (preferable) is mandatory before any invasive procedure. The purpose of treatment/surgery/procedure, its prognosis, and the commonly occurring life-threatening complications must be explained. The available alternatives, advantages/ disadvantages and the consequences of refusal by the patient of treatment should be explained and mentioned in the consent form. It is also important to do only the procedure for which consent has been taken and not any additional procedure, even if it is in the ‘patient's interest’ unless it is a life-saving additional procedure.

Proper documentation of the patient's course in hospital may not prevent violence but is important once violence occurs and the police are called. The records are often seized by the police. The doctor(s) later find it difficult to defend themselves because during the emergency they focused on saving the patient and not on maintaining proper records. Even in single- doctor clinics and nursing homes it is imperative to inculcate the habit of documenting everything or ask the nurse to document while the doctor is busy resuscitating the patient. Improving communication skills will prevent doctors from facing violence in the long run. It should be made mandatory to have communication skills as a part of medical curriculum.

Only by being aware that violence against doctors is a growing problem in India is it possible to be alert and vigilant. Doctors need to evaluate each situation for potential violence when they enter a room or begin to relate with a belligerent patient or relative. It is important to be vigilant throughout the encounter and not isolate oneself with a potentially violent person or group. It is advisable to always try to keep an open path for exiting. Do not let the potentially violent person stand between you and the door. Friends, staff members, colleagues should collect at the site of the incident without being provocative.

Violence against doctors bodes ill for society. It is important for all medical practitioners to be aware that this can occur, discuss the various causative factors, understand the public sentiment and collaborate with the government to find a solution and they need to take steps to prevent it. Formulation of legal provisions and standards to ensure the safety of health workers is the need of the hour. A civilised society aiming to become a superpower and a model democracy must condemn such mishaps unequivocally, irrespective of which profession is under attack. Public awareness in the form of street plays, media or short films, the violence against doctors can be prevented to certain extent. Solving such issues would require the coordinated efforts from all stakeholders. We cannot afford to forget that everyone has the fundamental right to live his life without fear for safety.

Title: Violence against Doctors in India – Time for Introspection