Being a Wild Beast or a Lone Wolf

Through my journey of life, I came across a friend who doesn’t care much about friends, doesn’t care to be accepted by his peers, doesn’t care to follow society norms or status and doesn’t give a damn about getting the approval of others. Always lost in his own world. Yes I am talking about the Sigma males.

The idea of being either alpha or beta male no more exists and a new variation emerging is of the Sigma males. He is neither an alpha nor beta. Alpha males give orders, excel at what they do and are creators of society. Beta are submissive, they take orders from others and low in dominance. Sigma on the other hand is not a master nor is he a slave. These men walk a more solitary path. They are sometimes called “lone wolves” or” wanderers”. 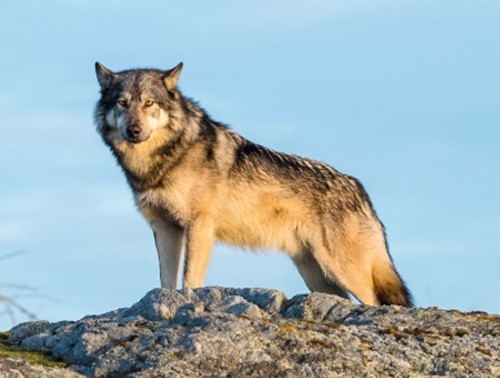 A sigma male is a man within the socio hierarchy who chooses to live his life outside of the normal social dominance hierarchy structures of the society. The sigma and alpha males are equal mostly. The sigma male sits outside of the hierarchy by his own choice. He is the one who is dancing to the beat of his own drum. They are the rule breakers and makers. They are often self-employed, travelling nomads seeking adventure and knowledge, rather than material goods and possessions. They do their own thing, even when everyone around is screaming and yelling at them to do something else. It’s because they don’t see a point in living a life according to everyone else’s rules.

Sigma males are introspective because of their desire for truth and knowledge. They are quiet intelligent and wise. They wonder and contemplate the life’s deepest questions. Their curiosity leads them to be very well read and consciously developed.

Sigma males are never attention seekers. Rather they try to stay away from the limelight! But their attitude and personality naturally attracts others particularly the women. They are extremely attractive to women because they appear to be self-sufficient and capable of making their own way in life, not relying on anyone or anything to meet their needs. Its true women enjoy the pleasure of their company, but they prefer to let them look rather than engage in a relationship with someone. They do not cheat on women because they make their intentions clear at the start of the relationship that they would not commit, ever! A Sigma is not interested to settle down and therefore, he is never searching for a life-partner! His romantic relationships are never permanent! Actually, he looks for girls who would enjoy the moment just like him.

1. Silence: A sigma male has a preference to be an introvert, the ability to thrive in isolation, solitude, quiet.

2. Humility: Sigma males live by the rule of “Climbing a mountain and not telling a soul”. You could be friend with a sigma male for years and know only 20% of the accomplishments achieved. This is not done to keep secrets, but it’s just an expression of their humility.

3. Freedom: Sigma males have the ability to be self-sufficient, to be able to do what they want, when they want, with whom they want to. Freedom is everything to a sigma male. Although they are far from being shy, they prefer to spend time alone. They love their own company! These men are quite comfortable going to places alone and doing things as they want.

If you are a sigma type, it can take a while to adjust. The life of a sigma male is becoming more and more common and it definitely has its peaks.

I dedicate this article to Rockstar Sam, a singer, song writer and composer, who has been a mysterious friend of mine thus inspiring me to research more about this personality type and come out with this article.

By Vinet D'Souza
Vinet D’Souza resides in Manipal and works as a lecturer at St Cecily's PU College, Udupi. A lecturer by profession and writer by passion, her articles have been published in Daijiworld Weekly and other magazines.
To submit your article / poem / short story to Daijiworld, please email it to news@daijiworld.com mentioning 'Article/poem submission for daijiworld' in the subject line. Please note the following:

Title: Being a Wild Beast or a Lone Wolf