If a magical genie sprung up out of an old metal lamp and said you could have two options: one is a billion dollars, the other world peace. What would you choose? I’m sure a lot of people would choose a billion dollars because that’s the world we live in nowadays. I mean, a billion dollars is a LOT of money. Think of all the things you could do with that money! You might even justify the choice by saying you would donate a good proportion of it to charities and to world peace advocacy groups. Sure, that would even make you generous, right? 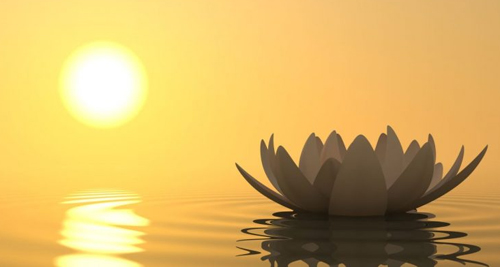 The trouble with the world now is that people have lost the vital skill of imagination. Perhaps it’s the result of passive entertainment, smart phones, and streaming services, or maybe that’s just a typical old timer thing to say, “To blame it all on technology”. Maybe we just are bombarded with so many advertisements and information every day that by the time we need to use our imaginations, we simply feel mentally exhausted?

But in the question of money versus peace, we need to use our imaginations. The world is in trouble in many ways and especially by no end in sight yet for raging pandemic. And yes, there are good things happening in the world … Worldwide, murder rates are dropping, even in the US (though in Central and South America, murder rates are still by far the highest in the world), and there is technically less war now than any time before in human history. We have this thing called the internet that connects all of us (or some of us who are not living behind the giant firewall of China anyway), and more than ever, cultures are mixing and ethnocentrism at least in major cities is becoming less a thing.

Does this equate to world peace?

Are we even close to it? No.

Though there are many good things happening in the world, one just has to take a look at this visualization of what the number trillion means in terms of wealth in the world, and you start to see the imbalance affecting our global society.

The wealth of the %1 adds up to about 127 trillion dollars!

A billion dollars will buy you a lot of things, and indeed, I’m sure it’s possible to have a lot of fun spending that money. I mean imagine it: yachts, the parties, the beautiful people, the celebrities, the VIP lounges, the first class tickets, the Lamborghinis, the penthouse apartments. And yet, if you look at a lot of the wealthiest people in the world today, you’ll rarely see them smiling.

John Lennon decades ago asked us to Imagine. And what a wise idea that was, because it’s not enough to simply want world peace. We must imagine what that would look like, and how a shift towards that ideal might play out.

Now we have imagined having a billion dollars. Now, let’s imagine world peace. And I mean, true world peace!

A perfect world, right? A utopia you might say!

Is it too ideal?

What does war give us? War gives us a bonding experience. In the times of World War 2 British citizens for example felt united like never before in the fight against the mighty German war machine and the Red Army. People who were once strangers suddenly bonded in a common struggle, in a way that we rarely see today. Just think about how disconnected Brits are today with Brexit constantly in the news!

War also gives us a reminder of our mortality. In times of imminent death, one never lives so much, and is never so grateful for every moment.

So yes, rarely in life is anything black and white. We must always look at the grey area, and yes, war can have positives.

The question is: does war alone give us these positives?

I would say no. We can bond with others through other means. We already have a global threat facing us in our modern world that requires us to act together and bond together whether we are from India, Pakistan or Chile, Madagascar or Laos. It’s called pandemic and climate change. Imagine a whole world working together to solve this global problem! And then there is always sport. One just needs to look at Invictus to see the potential political and social power of sporting competition.

And what about reminding ourselves of mortality?

There is death all around us in every single day. We must simply open our eyes to see it and acknowledge it. It is not unusual for us privileged few owning laptops with access to the internet (in order to read this blog) to see salad greens wilt in the fridge, or a rose on our dining table finally reach its end. We might, occasionally, walking down the street, see the remains of a dead pigeon on the side of a street or even see a building in a state of decay. Death is a natural process of existence not just for us living things, but erosion affects everything, the limestone cliffs as well as the sand. We must remember that just as we likely have seen loved ones already pass, we will likely see more death to come.

We don’t need to live in war zones to celebrate life. We can dance, we can sing, we can pay respect to nature every single day. Relishing life is not just a daily choice. It is a choice in every single moment.

When European colonizers came to North America, they found the First Nations people seemingly worshipping the sun. How absurd! What fools, they must have thought! What naive primitive people to think the sun is the source of all energy! Of all life!

And to understand that, to truly understand it, we must use our imaginations!