Crafting a Tomorrow like No Other in Spirit of Christmas

From the gloom and doom of the months of the pandemic, the narrative is slowly shifting to the festive spirit of the Christmas season. Humanity is waiting with bated breath for the difficult times to go into the pages of history as we pick up the threads of life and move along with living. As we take the long road to recovery, it certainly appears that not everything will be back to usual perhaps some thing will change for ever.

The Mass of Christ (Christmas) was first celebrated by the Roman Catholic Church in AD 336 during the reign of Emperor Constantine to remember that Christ died for us and will come back to life to herald a new beginning. The holy Bible does not give a date for the birth of Jesus Christ and early Christian writers have in fact mocked the celebration of births as “pagan” practices. However it is believed that the essence of His birth is that He was born to give himself up for others and therefore it follows that true happiness is giving up one self for others in the true meaning of Christmas.

The Gospel of Matthew provides the genealogy of Jesus Christ but not the date of his birth. It traces the Lord’s genealogy from Abraham to David (fourteen generations) from David to the exile in Babylon (fourteen generations) and from the Exile of Babylon to the birth of Jesus. The significance of fourteen comes from the Jewish custom of considering the number seven signifies the ‘totality of perfection’ and ‘completeness’. It is therefore doubly completely and immaculately perfect to trace the fourteen generations from the originator of the Jews Abraham himself. However the male genealogy is clearly given, the women are numbering only five. 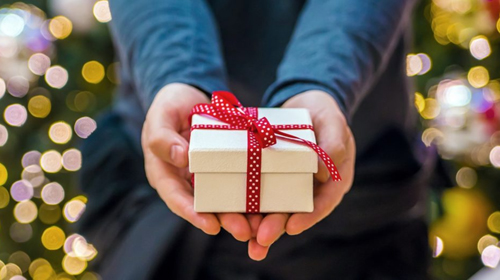 The first Tamar produced an offspring from her brother-in-law fulfilling her obligation as per Jewish custom of giving an offspring for her dead husband. The next Rehab, is a prostitute from Jericho who helped the Israelite to defeat the pagan. The character of Rehab shows that though she was an unclean prostitute, God forgives all sinners who choose to align with God to save Mankind. The next woman is Ruth a Moabite who after the death of her husband fell in love with Boaz and had a child Obed the grandfather of King David. The next woman is Bathsheba the beautiful wife of Uriah, who found herself pregnant through King David resulting in David killing her husband and taking her as his wife. Her son Solomon is listed in the genealogy of Jesus.

All these four women, had their weakness but God had a plan for them. However in Mary the Mother of Jesus we find, a maiden pure at heart, ever faithful and having humble belief and complete obedience. She knew that great honour will also bring up great suffering. It is privilege with pain which she immaculately accepted as the Will of God. She stood by her word till the very end.

The early Christians did not celebrate the Lord’s birth. No attempts were made at knowing the exact date of his birth which they believe as irrelevant. For them giving up one’s self and thinking of others was the true meaning of Christmas. The Christmas present or gift to commemorate the three wise men became the essence of Christmas.

The date 25th December commemorating the birth of Jesus in the Gregorian calendar has many origins. One of them is that the conception of Jesus was the same date that the world was created according to the Roman belief it is March 25th. Nine months in his mother’s womb brings the date December 25th where the Romans celebrated the rebirth of the Unconquered Sun. Even this date is not accepted by all, there are two dates that were widely recognised and celebrated as Christmas – December 25th in the Western Roman Empire which was unaccepted by the Eastern Empire who celebrated it on January 6th. The most popular theory is that Christmas day has its origin from pagan celebration of the Unconquered Sun, December 25th with a view that Christmas would be more readily accepted and celebrated by all including the pagans. Christmas celebration has become more inclusive and Christian belief and practice were not formed in isolation but would be more acceptable and comprehensible to all.

The Gospel of Matthew and Luke provide a well-known account of the birth of Jesus but does not specify a date. The Christians therefore heavily borrowed from pagan traditions.

As humans we are sense-making beings. Though it is important to know the date on which the Saviour is born, it is also more important to know the reason for celebration. The Roman Catholic Church believes that Jesus is the Son of God and the faithful celebrate his birth as a commemoration of what he did for mankind through his death and resurrection. His birth and death brought us life. The usual part of celebration include attending church, celebrating in carnival like atmosphere and having external manifestation like Crib, Christmas tree, decoration, festive atmosphere. The melody of rhythmic sound emanating from the upbeat and melodious Carols, the faint glimmer of the concept of Christmas, makes us wonder whether the birth of Christ is only decorations, Lightings and Stars. Or is it the red suited Santa dancing and throwing freebies and sweets at people?

Civilisation is built not on technological innovation but in the investment in the single inexhaustible resource the spirit of loving, caring and understanding. When we look at the crib which has now become the symbol of the Christmas spirit it has a quote “glory to God in the highest and peace to people on earth” there could be no divine glory if there is no peace among men of goodwill. It is small steps like this that brings us all together to celebrate our oneness which brings the inner significance of peace and goodwill. . Every festival looks at brightness and light from darkness and gloom. Brightness is caused by shining and burning. When we shine we emit a glow that does not consume us but when we achieve brightness by burning either ourselves or others we leave a trail of destruction that result in ash all around us. Let us therefore venture to shine and not burn. When we shine we don’t consume our self but share the brightness in our lives with others and make our fellow human beings enjoy their brightness. When we burn we consume our self and though there is brightness all around we leave a lot of ash and destruction.

The rush and passion of a gladdened heart, the rhythm, innocence and intense beauty of a joyous celebration, the delicacies of a well spread table and the moments of togetherness of an extended family was what makes the GLITTERATI of Christmas celebration nostalgic and a firm belief that the spirit of Christmas is above everything else. The early Christians did not celebrate His birth but believed in giving oneself to others and this is what brings the greatest happiness to others and that is the true meaning of Christmas, crafting a tomorrow with sharing with the least of our brethren like no other in the spirit of Christmas.

By Dr P G Aquinas
Dr P G Aquinas is professor and chairman of the Post Graduate Department of Studies and Research in Social Work at Mangalore University, Mangalagangothri.
To submit your article / poem / short story to Daijiworld, please email it to news@daijiworld.com mentioning 'Article/poem submission for daijiworld' in the subject line. Please note the following:

Title: Crafting a Tomorrow like No Other in Spirit of Christmas