There was a girl named Deepali. She lived in a village with her family. She was the eldest daughter. Her mother was a housewife and her father was a headmaster of a school in that village. Deepali was an excellent student, she used to top in her class. There was another girl named Ruchika, who was Deepali’s close friend, they both were so close that they could be seen together at every corner of the school. But then, Ruchika was a double-faced girl, she appeared to be friendly with Deepali, but she was jealous of her because Deepali was a bright student and she always scored more than Ruchika. They both finished their schooling in which Deepali got a good percentage, and as usual more than Ruchika.

They wanted to study further, but Ruchika's parents refused and Deepali’s parents agreed as they were supportive. Ruchika got to know about this, created enmity against Deepali and left her contact. 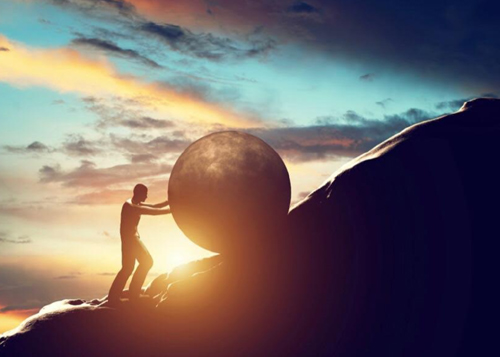 As there were no colleges in the village, Deepali’s father decided to send her to Mumbai city as there are a lot of colleges and she would study hard and make her parents proud. So, Deepali and her father went to Mumbai. As they reached Mumbai, they went in search of colleges and were successful in finding a well-reputed college. When Deepali and her father went to that college, they got to know that admissions were closed and the seats were already full, but then Deepali and her father requested the college authorities to give a seat and as Deepali’s percentage was good they agreed to admit her to the college, but the problem was that the hostel was full and they were helpless as she did not get accommodation in the college hostel. So, her father decided to go back to the village, but Deepali requested her father that she wanted to study in that college but her father being strict did not agree and he took her back to the village where they lived.

In the village, as soon as they reached their house, Deepali straight away went to her mother, hugged her and cried out her sorrow and told the incidents which happened in the college, but her mother supported her father and said what he did was correct. From that day Deepali locked herself in a room and did not talk to anyone for some days, she even tried to commit suicide, but she thought about her parents and stepped back from committing that mistake.

Later she came out of the room and began to talk with her parents. The same night when they were having their dinner, Deepali’s father asked her why she couldn’t start some business which can be done from home itself. Deepali thought about this for some days and asked her father whether she could start tuition classes and her father permitted her to do so, as she started to teach the children in her village. She started earning considerably and she handed it over to her parents. She spent her life teaching children.

After some time, she started getting proposals for marriage, but Deepali was not ready for it as it was too early for her, but when she got a proposal from a good wealthy boy named Samart who stayed with his family in Mumbai, she agreed. Both the families were happy and decided to get them married as soon as possible. Both the families got into the preparations of their marriage, and finally the day of their marriage arrived and Deepali shifted to Mumbai after their marriage. Deepali and Samart both were happy.

After some days of their marriage Deepali told Samart that she wanted to study further and narrated the incident which happened long back when she came to Mumbai seeking admission in a college. Initially he denied asking her how she would balance the housework and her studies, but Deepali assured that she would anyhow manage it and requested him again and again and he could not deny her request. And then he got her admitted to a well-reputed college, He was very supportive.

Deepali told this to her parents. In the beginning they thought what is the use of studying after marriage but then after seeing Deepali’s happiness they too were happy. As time passed, Deepali completed her studies and got a job, she was so thankful to her husband as well as to her parents for being so supportive. Today she is the CEO of a multinational company. She has made her parents as well as her husband proud of herself. On the other hand, her friend Ruchika did not progress in life.

Sheer hard work, humbleness and determination were Deepali’s success. “Where there is a will there is a way” and Deepali lived true to this proverb.

By Riha Ilyas
Riha Ilyas, is a student at Poornaprajna College, Udupi. Her hobbies are drawing, calligraphy writings, travelling etc.
To submit your article / poem / short story to Daijiworld, please email it to news@daijiworld.com mentioning 'Article/poem submission for daijiworld' in the subject line. Please note the following: