“The life of the dead is placed in memory of the living,” said Marcus Tullius Cicero (106-43 BC), Roman statesman and scholar. While Canara Bank’s marking its 115th Founder’s Day (19/11/2020) is laudable, his achievement’s stretch beyond the bank and need recalling for the new generations of Tulunadu and beyond.

Adversity led Ammembal Subraya Pai (who signed as A Subba Rao) to become a pioneer in the field of education and banking – to the immense benefit of Goud Saraswat Brahmins and people at large in Tulunadu and beyond. Having qualified to be a lawyer, Rao was apprenticing under H H Shepherd in Madras. He also had an offer from Justice H. Holloway, who had mentored Rao even while he was a law student, to go to England for higher studies. But, this could not be entertained in the orthodox atmosphere in his community then. Rao had a good law practice in Mangalore. His brother thought his talents would shine better in Madras High Court. Accordingly he established himself in the profession in Madras. However, suffering repeated attacks of painful gout, his doctors advised him to return to Mangalore. These adversities turned out to be a gain for Mangalore. Rao now lives on in the realm of people’s grateful memory and hearts, through the institutions he founded – Canara High School which has emerged as a powerhouse of education and Canara Bank, now a leading nationalised bank with the merger of other banks with it. 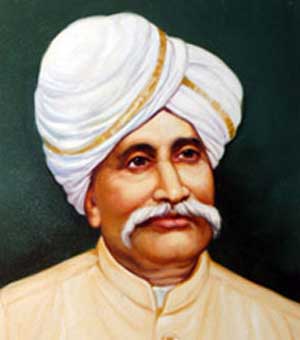 Ammembal Subraya Pai was born at Mulki on November 19, 1852. His father, Upendra, who had started as a pleader at Kaup, shifted his practice to Mulki several years earlier to Rao’s birth. Upendra shifted to Mangalore in 1864 for the sake of his children’s education. Rao was admitted to Government College High School. He stood high in Matriculation and FA (Fellow of Arts) exams. His father sent him for
degree course in Madras.

In 1870 Rao got admission to Presidency College. After passing BA, with second rank in the Presidency, he joined Madras Law College where he topped the list of successful candidates of BL exam. After returning and staying for a short time in Mangalore, Rao went back to Madras for his law apprenticeship and at the end of it enrolled at the Madras High Court with the idea of settling down there. However, the untimely death of his father in 1876 brought him back to Mangalore where he set up his own practice.

After ten years of practice in Mangalore, Rao went back to Madras in 1887 to resume his practice there. It is there that one day four young men from Canara, who were studying in Madras, called on Rao to put before him their idea of starting a high school in Mangalore. He readily pledged his support which was to be remote controlled from Madras. But, as it turned out, Rao had to return to Mangalore in 1889 due to his gout problem. With him now in Mangalore, Canara High School was started in 1891

In 1894, Rao started Canara Girls High School. The rest is posthumous history with Canara Engineering College at Benjanpadau as the jewel in the crown. Earlier, a branch of Canara was started at Urwa and PU and graduate colleges were started along with expansion at the base of the educational pyramid.

In the early 1900s, Arbuthnot Company, which collected deposits from the public and gave loans, crashed and caused widespread distress in Canara. Many families lost all their savings in the crash. The smaller merchants found it very difficult to get credit except at prohibitive rates of interest. Rao foresaw disaster ahead if the community did not mobilise its own resources to help itself. The result was the starting on July1, 1906 of the Canara Hindu Permanent Fund Limited, which was later to become Canara Bank. The venture proved an instant success. That so soon after the crash of Arbuthnot, the people entrusted their savings to the newly started institution is an eloquent testimony of the trust people had in Rao.

Finally, repeated and severe attacks of gout led to the sudden death of Rao on July 25, 1909. The news of the death spread like wild fire and plunged the district in grief. People thronged the corridors of his house and filed into the room where his body was laid. People wept and many related how Rao had helped them in their distress. He had always been silent about his own acts of kindness.

It may be noted in conclusion that Canara Bank turned out to be a great survivor with other banks merging with it in the reorganization of nationalized banks whereas other such banks of Tulunadu could not retain their historic identity in the merger process.