In a small village of Shikhapatna, a family of four spent tortured days in poverty. The head of the family, Kubera, contrary to his name hardly could provide for his family. He worked in a filthy little hotel and usually brought home the leftovers. Some nights they had water for dinner. Frustrated with their living condition, Vidula, Kubera’s wife decides to go in search of work in order to provide for her family. Vidula, being homely and insecure, found it difficult to work in places like factories, so she found herself a housekeeping job in the zamindar’s house. Though the income was low, she managed to get her two kids into school and provide for their daily needs. When Kubera found this out, he began demanding for money and torturing her when she refused or ignored him.

One gloomy Sunday evening, Vidula received a letter from her sister-in-law, informing her of a great news. It said that there was an ancestral house in Pandepuram, where they could live at free of cost. Vidula didn’t consider it, but when Kubera read it, he was excited. He knew the ancestral house quite well. He also tried to manipulate Vidula saying they wouldn’t have to bother about food or water, because the ancestral house came with a big back garden and two large wells. Nobody was very keen, except, of course Kubera. 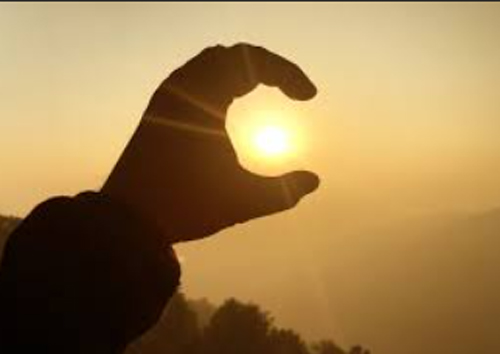 Two weeks later, they were finally half-heartedly ready to move into a spooky looking one-hundred-year-old ancestral house. Vidula regretted her submissive nature the minute she stepped into the house. Cobwebs and spiders decorated the entire house like flowers, dust was spread around like flower petals and steps were broken like after war massacre. And if it ever rained, they were sure to be drenched and floating. It took them almost three weeks of nonstop work to set the house and make it a liveable place.

All her life Vidula repented the choices she had made and the situations she was in. Growing up in an abusive family, she feared people by all means. One little mistake and she knew she would have to sleep hungry for two days. She hoped to at least get married off into some better family. During the initial years of her marriage Kubera, it was all going well, until she gave birth to their first daughter, Mithila. Kubera wanted a son who would continue his heritage but with Mithila it drove him mad. He would not only abuse his wife but also threaten his 2-year-old daughter to kill her if she cries. After a lot of threatening and torturing, finally Vidula saw a ray of hope when she gave birth to her second child, fortunately a boy whom they named as Mithun. But things weren’t as good as before, Kubera still continued to torture her and her daughter and also sometimes when he came home drunk would trouble his son too. Now, she hoped that this change of place would also bring some positive changes in her life. She prayed to God and let down everything in his hands.

A few days later, a postman arrived at their house and handed them a pamphlet with job offers to both Vidula and Kubera. Initially Kubera did not like the idea of Vidula going to work, but looking at their conditions he let her go on a condition that she should be at home before he arrives. Vidula took the opportunity and started working for her family. Soon enough they saved enough money so they could send their kids to school. Both their kids were brilliant and won various scholarships. They could themselves afford for their higher education and also look after their old parents.

Years later, one Sunday evening, when the kids were away in their respective jobs and Vidula was just finishing off with her daily chores, Kubera called her out and asked her to sit with him for a cup of coffee near the stairs. They were looking over to the unforgiving sea that rose and fell over the rocks and splashed all over the place. Out of the blue, Kubera said in a very low voice that almost went over Vidula’s ears, “Vidula, I’m sorry.” She turned around to see Kubera crying slowly, and asked him to repeat. Now, he said with more confidence that he was sorry. Vidula didn’t ask why. She didn’t need to. Now, she knew that God had always been with her. He had set it all right and she was grateful that she never lost hope.

By Pavithra
Pavithra is a singer, orator, writer and reader. She loves travelling and loves to read books. She has done many “Developing Soft Skills and Personality Development” courses. She teaches Sanskrit language through online. If anyone is interested one can email her at 2000nprao@gmail.com.
To submit your article / poem / short story to Daijiworld, please email it to news@daijiworld.com mentioning 'Article/poem submission for daijiworld' in the subject line. Please note the following: