The Withering Daughters of India

Has India become a burning pyre for her daughters? This question needs to haunt every self-respecting Indian. The unconscionable atrocity committed by her own sons’ and the glaring increase in crimes against women should be etched in our collective consciousness.

After Nirbhaya, the government set up a committee that led to changes in the Indian Penal Code and other Laws. The convicts were hanged for their crime and the nation thought that its women are safe. Sadly that was not the case. We had many such horrific incidents and now we have landed into Hathras, where the victim was brutally gang raped, assaulted, her spinal cord was fractured and her tongue slashed. The inhuman act of rape was topped with the inhuman act of violence unparalleled in any society. The victim was taken to New Delhi for treatment, battled for life and ultimately reached her pyre to bring to an end another inhuman incident. It is even alleged that there was no dignity even in death and the last rites left a lot to be ashamed of.

Incidents like Nirbhaya, Hathras keep happening at regular intervals as the country waits in anguish for the safety of her daughters, while the rapists go about their barbaric work with impunity. The worst aspect of the disgraceful rape and murder is that our collective consciousness has not been remotely surprised about it. These brutal incidents happen at regular intervals. The victims are gang raped, murdered in the most brutal fashion. Then, the victims’ families are threatened of the consequence if they even harbour the thoughts of justice, then we see that the rapist and murderers have sympathizers’, from some disgruntled elements of society who blame the victim and her family for her upbringing. 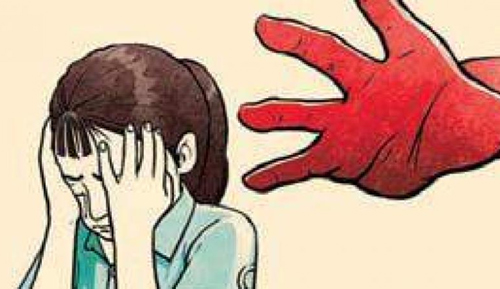 These elements have not respect for law, no respect for human dignity and no tolerance for dissent. They collectively become the dangerous cocktail which spell the end for many young maidens, who are treated as objects of lust. The true face of these rabid rapists is their continuing smear campaign against the victims, their families and their strategy is built on a narrative about the character of the victim, the bombardment of the victim's family and they put the victim’s family on the brink of catastrophe. The family is then bound to give up all hopes of justice and fall in line and give up any resistance against the aggressors.

The modus operandi is repeatedly played out in each of these incidents. When a crime is reported, they deny that the rape really took place, then they deny any responsibility and call it a law and order problem, when evidence and proof come in then, the law and order says it is a terrible mistake and promises that the rogue element will be punished according to law. The establishment then says that the atrocities against women won’t happen again and the law will treat offenders with an iron hand. Then it is time to blame the victim for venturing in the dark, going out without a male escort, or slander the character of the women and so on. This pattern is repeated until the next time it happens.

The string of sexual violence cases followed by brutal assault like fracturing the spinal cord, slashing the tongue and putting objects into private parts are cases that happen all over India has only highlighted that stringent laws are not adequate to guarantee the safety of women. The use of sexual violence to oppress women has been on the raise. We as a nation have terribly slipped in providing a safe environment and dignity for women. Fast-tracking investigation, ensuring justice or pledging protection has failed. The challenge is to ensure that these inhuman acts are not forgotten.

The idea of a country with gender equality is not a dream but is idealism and a realistic hope. We need to build a society with intellectual and moral openness. The moral training given at an early age which teaches equality of gender, moral upbringing, intellectual openness, looking at all humans as equal irrespective of gender, class or cast needs to be the bedrock of our education system and the very “soul” of culture must be ethical and moral conduct. Non-violence must be persuaded to uplift others. The sanctity of human life and its deliration must become a national cause. Our society hinges on moral growth of humanism where indiscipline, violence, hatred and unrestrained individualism is empathetically shut. The society and its citizens, especially the youth have to develop qualities like fearlessness, humility, compassion which is the essence of civilized living. Otherwise, the safety of women will be a distant dream and incidents like the tragedy of Hathras will not be the last one and will come to haunt us at regular intervals and our daughters will wither and so will society.

By Dr P G Aquinas
Dr P G Aquinas is professor and chairman of the Post Graduate Department of Studies and Research in Social Work at Mangalore University, Mangalagangothri.
To submit your article / poem / short story to Daijiworld, please email it to news@daijiworld.com mentioning 'Article/poem submission for daijiworld' in the subject line. Please note the following:

Title: The Withering Daughters of India