India is the cradle of human race, birthplace of human speech, mother of history, grandmother of culture and great grandmother of tradition. Indians provide a vision to the world. Quotes on every occasion saying men and women are one and the same, unlike Netherlands wherein there's gender biasing still in exertion. But being honest, in every nook and corner of India, underneath the bushes of the country gender biasing still persists. 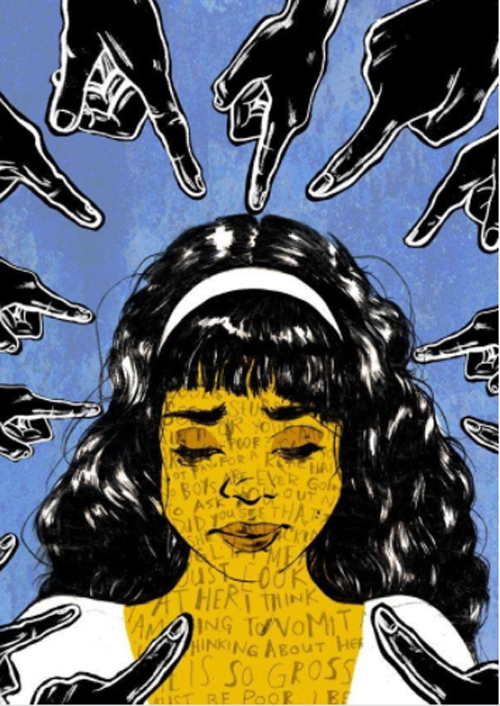 Monsoon had arrived and as always I was craving for tea and snacks. As I was about to leave my grandparent's residence, an unexpected guest arrived asking us all to settle back in our couches. Highly strung, he wanted to seek a piece of information from the person concerned in the house. He had shared what he wanted to which left me anaesthetic. I was numb listening to what he had spoken. Let me tell you what he spoke and let's see if you skip a beat.

An educated husband being a father of two daughters was leading an unpretentious life along with his wife. Although he appeared to be happy, deep down he regretted not having a lad in his succession. The woman was pregnant again. To her cataclysm, the third child was predicted to be a girl again. Her husband however grew furious, failing to accept the fact that it was a girl. Even though it wasn't a mutual decision the baby had been terminated to life. The woman undergoing all the pain and suffering had no choice but to stay hushed. Yes, of course, she's a woman! Months passed and she was pregnant again for the fourth child. Fearing that her monstrous husband would kill the infant, which was everything to her but just a sack of flesh and blood for her husband, didn’t know what the result was. The agitated woman, not knowing what to do, wanted to predict the sex of the infant, which was and is surely a major offense in our country. Right now in a dilemma where she doesn't know if it's a boy or girl, will she be able to give all the love which she is waiting to shower on a child, is in a path of destruction. Amniocentesis, she will have to suffer through the guilt that she killed an infant fearing ONE man.

What kind of society are we still living in? Technology has overtaken at greater speed. Man is going hand in hand with automation. Culture is being preserved, humankind is entering a new era, women have created a dent in any other field but still, we come across such heartless people living in their own orthodoxity, considering a boy child superior to a girl. Women are the real architects of the world. She builds home, she builds society, she builds another humankind. None can see the inner hecatomb but only the outer smile wherein she appears to be extremely happy about everything that's happening around her.

We see India and Indians developing, but on the other hand, such instances create in you a sense of disgust. Such conformists need to change their mentality.

I being a girl and having a sister, never faced any such circumstances at home or society wherein I am being suppressed from achieving what I want. My parents have never considered us to be a burden but they consider us as their only source of strength. They are proud to grow and nurture daughters and are a source of encouragement in anything and everything we do.

We have come very far from the days when we were discriminating and being discriminated in the society on the basis of caste, creed, religion and sex. It's high time we come out of all these circulation and lead a secure life wherein all are treated equal. Let's create a society wherein girls have minimum safety to at least walk on streets without being mocked, where women are treated identical as men, where amniocentesis is nowhere practised, where people accept daughters and are proud to have them.

By Siri
Siri is a budding writer who aspires to write articles and quotes. She has written a few articles which create a positive vibe and triggers insights about the topic. Sudha Murthy and her principal, Mathew C Ninan are her inspiration. Siri is currently a Bachelor of Science and holds animals close to her heart.
To submit your article / poem / short story to Daijiworld, please email it to news@daijiworld.com mentioning 'Article/poem submission for daijiworld' in the subject line. Please note the following: