A Healed Thighbone, a World on Fire and a Billion Benighted Eyes

I happened to learn not so long ago that an anecdote of a certain American anthropologist named Margaret Mead had been copiously floating around as a forward on WhatsApp.

For the uninitiated, here is a piece from that anecdote: “Anthropologist Margaret Mead was asked by a student what she considered to be the first sign of civilization in a culture. The student expected her to talk about fishhooks or clay pots or grinding stones.

Much to the student’s surprise, her answer was that the first sign of civilization in an ancient culture was a thighbone that had been broken and then healed. She added that in the animal kingdom, if you break your leg, you die. You cannot run from danger, get to the river for a drink or hunt for food. You are meat for prowling beasts. No animal survives a broken leg long enough for the bone to heal. A broken femur that has healed is evidence that someone has taken time to stay with the one who fell, has bound up the wound, has carried the person to safety and has tended the person through recovery. Helping someone else through difficulty is where civilization starts.” 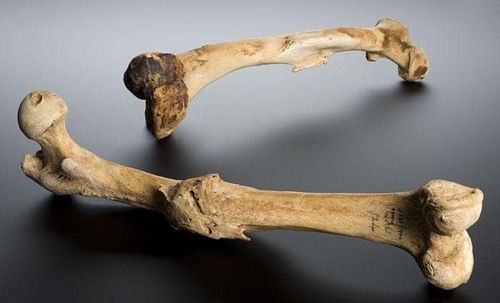 This gist of her erudite idea of what led to the ages of the quickening of mind, the stirring of heart and the swelling of inspired inventions hinges back to a simple act carried out by earlier humans who were motivated by empathy.

We are taught from young age that man is a social animal. Remove the social part and we end up giving in to bestial instincts. Animals submit to such instincts by nature, which they cannot control. The privilege of being an intellectually dominant creature is something that only mankind has enjoyed.

The sheer force of willingness and intellectual capacity allowed mankind to overcome every perceptible odds and challenges. Scientific and commercial achievements of all kinds have allowed mankind to break every discernible barrier. Yet after coming so far, modern civilization is not impervious to the dangers of self-induced destruction.

At this very moment, the world is burning, and the inferno is raging not only in terms of global warming or the widespread pandemic but in terms of every imaginable horror: climate crisis, threat of nuclear war and rising authoritarianism in major parts of the world are putting the organized human life on Earth on the verge of extinction.

Collectively, we have normalized ignorance, prejudice, and apathy; and these civilization-destroying weapons were not developed only recently.

It took eons of ignorance to turn a blind eye to the fact that although massive deforestation will give us commercial comforts and tools in the short-run, but in the long run 68% of wildlife and 85% of wetlands will be lost, which has actually happened in the last 50 years if the data reported by Living Planet Index is to be believed.

It took eons of ignorance to turn a blind eye to the fact that scientists scrounging the realm of medical science to find cure for epidemics; activists fighting for the rights of the downtrodden & marginalized; academics sacrificing the comfort of convenient career only to educate the poor in remote areas; environmental activists plugging away to save flora and fauna deserve more and unmitigated attention than mainstream celebrities who are reposed on the pedestal for glitz and glamour attached to their lifestyle.

It took eons of ignorance to turn a blind eye to the fact that exploited labourers and farmers are victims of a system that treats them as disposable humanity that are to be worked to death and discarded, while we who enjoy the fruit of their toil and sweat throw mere platitudes at them by simply calling them heroes of the earth and then letting them fade away into obscurity.

It took eons of ignorance to gradually turn a blind eye to the fact that we have let the world ultimately become one egregious circus where amusement is morbid. Hate mongers are cheering from the privileged comfort of their ivory towers and the sheer savagery is astonishing as the world burns into a terrible cinder.

To put things in a nutshell, we have ushered into an era where logic and reasoning have been muffled by cacophonous shrill, manufactured outrage and insanity. People have turned into lemmings in such a way that a mere attempt at urging rationality is seen as an act of rebellion against conformity.

Now, all of us are fallible to err. However, things can still go right if we allow space for one another to learn from the past, engage, protect one another, and prevent things that could lead us into a dystopian future. The need of the hour is to ask whether we want to unite in love or crumble in spite.

If we still let the world around us go on self-destructive mode, then it can only mean that the thighbone of that early human had healed for nothing.

By Glaxson D'Lima
Glaxson D'Lima’s hometown is Santhekatte. He currently works as a Social Media Executive for a firm engaged in digital media marketing, based in Doha-Qatar.
To submit your article / poem / short story to Daijiworld, please email it to news@daijiworld.com mentioning 'Article/poem submission for daijiworld' in the subject line. Please note the following:

Title: A Healed Thighbone, a World on Fire and a Billion Benighted Eyes