Once there lived a man named Ganesh in a town. Born in a middle-class family, he always felt the necessity of money in each and every point in his life. Being the only child of his parents, he had also witnessed the humiliation his parents had to endure because of poverty. It was since then that he developed a desire of earning a large sum of money in future. He aimed to earn a large sum of money somehow and to become a businessman. In this process, he had to take loan from a bank as he had nothing in his possession except for his house which was a source of his memories of joys and sorrows. However, this haunting desire evaded all his affiliations with his past. So, he borrowed Rs 1,00,000 from the bank and in return he mortgaged the documents of his house.

Initially everything went well. But to his misfortune the entire economy witnessed an unforeseen recession. His initial success, haunting desire for money, belief in the rats to riches formula, lack of experience and, maybe, his misfortune made him blind to the circumstantial needs of the day. Consequently, the business collapsed leading to his drastic downfall. He also received notice from the bank regarding the auction of his house for the recovery of the loan. 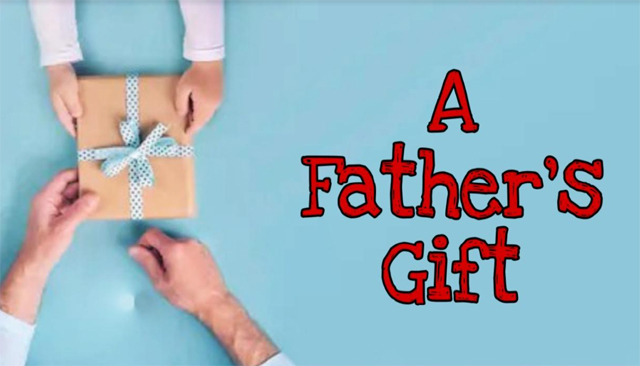 This sudden downfall made him ponder over all his previous decisions. The very thought of losing his house shook his heart. He grabbed the GPRS locater, the last gift from his father. The sight of the gift revoked his memory, undisturbed, and he started reminiscing his childhood days. The emotional bonding they shared, the stories he listened to from his mother, the true innocent friendship with the neighbours and others now seemed to him so great that humiliation of poverty was an insignificant atom. Even his yearning for money seemed to him a blunder. But the way he approached money, the materialistic attitude he had towards it came to an end. He realized his mistakes. He got up wiping his moist eyes. Placing the gift in the cupboard safely as if it was a treasure, he came to a decision. Strongly determined to retain the house, he borrowed money from a private moneylender to repay the loan. As the night was already approaching, he kept the amount in the cupboard and went to bed thinking about the events of the next day, the auction of his house.

But when he woke up, he felt some strange atmosphere at home. He found that the money he kept in the cupboard last night was robbed. Breath stopped, heart thumping, everything seemed to him predetermined. Thoughts of committing suicide ran in his mind several times. "Poor are born to suffer; they are damned by the god himself", a voice from his mind resonated in his ears. He could see the preparations for the auction. Even the small thought of requesting to postpone the auction and a last chance for repayment dissolved in himself. Left with no hope, he sat imagining the procedures of auction helplessly.

If you can face the moment of challenge, then, anything and everything that follows is a ray of hope, because one has nothing more to lose or gain. Suddenly something struck his mind. He rushed to the room and searched for the loan related documents. When he couldn’t find them, he approached the police with zest. The police not only collected all the evidences along with the fingerprints and so on but were delighted to know from Ganesh that the robbers had also stolen maybe unknowingly, his ‘GPRS locater’. Within no time, the robbers were located, money was seized and even the house was retained.

His father’s gift had saved his house, and the house, later, witnessed his progress of becoming a businessman.

By Ankita
Ankita is a final year BA student at Poornaprajna College, Udupi. Her hobbies are singing, reading books, listening to music, preparing for different competitive exams, reading mythologies of different cultures, listening to different regional arts such as Yakshagana, Talemaddale, Harikatha, Gamaka Vachana and so on.
To submit your article / poem / short story to Daijiworld, please email it to news@daijiworld.com mentioning 'Article/poem submission for daijiworld' in the subject line. Please note the following: