Ways to Lower Corruption in Our Nation

People either become corrupt in two main ways. The first is low level corruption when an individual’s wages aren’t sufficient to live a decent and respectable life which prompts them to seek money through dubious means. The current average salary of Rs 25,000 per month of the clerical worker or police constable in our nation isn’t enough for them to take care of their family housing and medical care, let alone the adequate education of their children. Making those extra bucks, even if the method is illegal, helps these people to breathe a little easier. 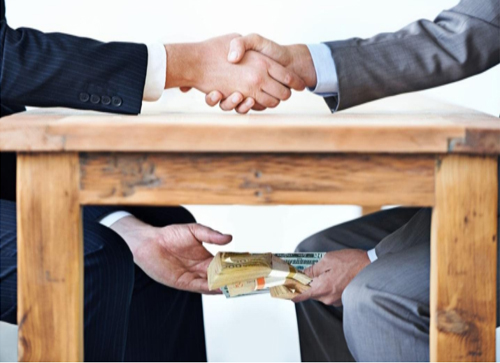 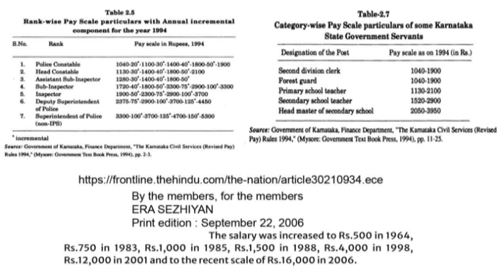 The above analysis is not to state what should be the salary of MPs, rather to highlight the minimum standard of living the current remuneration offers to people in different positions. Politicians should generally be paid a top salary, perhaps higher than the current remuneration, to attract the best talent and righteous candidates to serve and develop our nation.

One could easily argue for why four times wage disparity between MPs and low level public workers. Why are only Members of Parliament given privilege by their superior wages to send their children to English medium schools and to seek medical treatment for their families in private hospitals and why not police constables and other low-level public employees? If we do not provide the basic equal opportunities to every citizen irrespective of their profession, we cannot develop a coherent society and a homogenous nation!

In developed countries like America or in Australia, a minimum salary is the same for an accountant, a cashier, a constable, a plumber, an electrician or even for an ordinary cleaner or domestic help. In Australia, irrespective of their profession or education level, all would earn a minimum wage of AUD $19.84 (Rs 1,000) per hour and a weekly wage of AUD $753.80 (Rs 38,000) for a full time employee. With this wage every citizen or permanent resident can live a decent life with their family owning or renting a house and car, and they can take care of their children’s health and education. It is common for developed countries to fund education for all children irrespective of socio-economic background and to fund the cost of raising children for low-income families. Hence there isn’t any corruption at any of the government offices or health care centres. All employees have a smile on their faces and put in maximum efforts while carrying out their jobs, satisfying the customers. This is only possible because they are earning enough and the government supports them in any emergency with welfare programs. The social security systems in such developed countries also takes care of aged care, but in developing countries people often look for the extra means to save for their old age, often living a mediocre life in the process!

We can lower and ultimately abolish the first way of corruption in developing nations by providing decent wages sufficient to take care of family needs of food, shelter, education, and health. How to provide decent wages and jobs for everyone is another subject for a future time.

The second mode of corruption is high-level corruption, and this has been spreading like a computer virus throughout the world in recent years. Even in developed countries like Australia, it has spread thick and fast, and Australia has slipped to twelfth place in 2019 from its seventh place in 2012 in the worldwide corruption perception index, where India ranks 80th out of 180 nations.

In this time of globalization, the political, bureaucratic and business nexuses in many nations around the world continue to funnel trillions of dollars away from the hands of those who need it most, the public. The greed for power and wealth among highly paid professionals has become a nightmare to contain in the age of the internet and online communication. So is there a way to abolish this high-level corruption?

Unless politics becomes service oriented and politicians’ objectives service the people they are put in power to serve, it is hard to maintain hope for a future built on fairness and justice.

Politicians must learn to contain their pride and arrogance and curtail their nexuses with bureaucrats and corporate brass. Most of our current world leaders boast of their individual wealth and political power, though many of their citizens are struggling to put food on their tables. Surely there is enough on this planet to provide everyone with food, shelter, education, health, and employment! But political nexuses have made the 1% of the population who already extremely rich only richer so that now they hold nearly 50% of the world’s wealth.

There should be a system of check and balances with limited tenure for every political head of the state and the council of ministers. Perhaps one five-year term will curb the wielding power they hold. It is the development of the nation that matters and surely there is enough talent to elect the next head of the state and the council of ministers in every nation in this era where we know there is a vast pool of educated personalities in every society. What matters is the consensus decisions, even the opposition leaders should be in the panel of decision making once the election rivalry is completed. This will help us arrive at the best possible solutions for every issue the nation faces. This will help us fast track every index of development uplifting the downtrodden while ensuring the inclusive growth of our nation. More youth need to join the decision making with creative ideas and inventions to help reach adequate growth for every citizen, even in the most remote corner of our nation. The average age in the population of India is under 35, and every individual should get an opportunity to serve their nation through politics. This could be achieved by limiting the tenure of legislators for a maximum of two terms of five years and a twenty year cooling-off period to contest the elections for the kin of the legislators after they leave office.

Trust, justice, morality, and humanity are the pillars of honesty and these are fast vanishing in our ever competitive world. By carrying out righteous reforms and providing opportunity to every youth aspirant to serve without money and muscle power, we can lower and abolish the corruption in our nation, and the world, and provide faster inclusive development for everyone.

Title: Ways to Lower Corruption in Our Nation