We Cannot have Economy without Ecology - EIA 2020

The proposed new environment policy of the union government needs a relook if it has to serve its purpose of protecting the country’s ecology and environment.

The draft Environment Impact Assessment (EIA) notification 2020 proposed by the Ministry of Environment, Forest & Climate Change (MoEFCC) has been making some noise lately and with good reason. Some are fighting to get it scrapped, some more have only heard of it, but many are ignorant.

The draft EIA notification 2020 is an amendment to its predecessor, the EIA 2006. The establishment of the EIA in India dates back to 1994 when it was formally adopted under the Environment Protection Act of 1986. EIA is a legal process that assesses the impact of a proposed development/infrastructure project on the environment and people with the intention of mitigating the possible adverse impact. It takes into account the voice of the stakeholders involved. This process holds project proponents accountable as it requires them to comply with norms that safeguard the people and the environment. 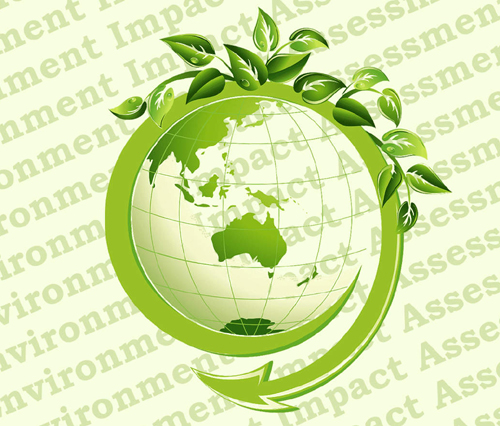 In March this year, while the country was just coming to terms with Covid-19 that was wreaking havoc in other parts of the world, the MoEFCC hastily put out the draft EIA notification 2020. The changes proposed by the draft threaten to endanger the biodiversity and the health of Indians. The loopholes are glaringly obvious. Evidently, the draft notification provides room to legalize violations in trying to portray India as being “business-friendly” and to push “investment at any cost”. It seems as if our country’s natural resources are being handed over to corporations.

Some of the most problematic aspects of EIA 2020:

• Public consultation has been greatly weakened. The time period for the public to submit responses during a public hearing has been shrunk from 30 days to 20 days and the time to conduct a public hearing from 45 days to 40 days. Shutting out the voice of the people going to be affected will only result in a meaningless and unfair EIA.

• 40 projects are completely exempted from getting any environment clearance at all; projects like mining will get an extension in validity (30 years to 50 years); expansion of existing projects under 25% capacity also does not need a revised EIA.

• Reduced accountability on the part of project proponents, as a compliance report needs to be submitted once a year as opposed to the current requirement of once in 6 months.

• EIA 2020 allows projects to obtain post-facto approval meaning a project can start illegally without clearance and get approval later.

• Violations can be reported only by project proponents/Government and not by the people. How can we expect the fox to guard the henhouse? Meagre fines will be levied for violations, but can we undo the permanent damage?

• Information regarding projects under the strategic category will not be shared in the public domain. This loophole could allow projects unrelated to defence and national security to be categorized as “strategic” just to get away without public consultation.

These are just a few of the changes mentioned in the 83-page document. The initial June 30th deadline given to the public to submit comments on the draft EIA 2020 was extended to August 11th by the Delhi High Court. In addition, the court directed the MoEFCC to translate the draft in 22 regional languages as the document was only available in two (English-Hindi) leaving out a majority of people from reading the draft, let alone submitting comments. As of 6th August, the draft had been translated into only three languages.

As per the 2018 Environmental Performance Index, India is just three places away from ending up at the bottom of the table (177th/180). It took the country just two years to drop 36 places. If EIA 2020 is passed, we would inch closer to succumbing to the forces of nature that we have so negligently messed with. The pandemic was only the beginning. At a time when India is grappling with Covid-19 and already experiencing erratic consequences of the climate crisis - floods in Assam, Mumbai, Cyclone Amphan in the East Coast, all in one year - the draft notification proves to be dangerous, anti-environment, anti-people. We must instead withdraw EIA 2020 and strengthen EIA 2006.

If the Environment Ministry won’t stand by the environment, then which ministry will?

By Megan D’Souza
Megan D’Souza is the head of Communications, Anti Pollution Drive Foundation, Mangaluru.
To submit your article / poem / short story to Daijiworld, please email it to news@daijiworld.com mentioning 'Article/poem submission for daijiworld' in the subject line. Please note the following:

Title: We Cannot have Economy without Ecology - EIA 2020