New Political System for Faster Development of our Nation

As we celebrate our 74th Independence Day on 15th of August, let’s remember and pay gratitude to our past and present leaders and citizens who have contributed immensely to the independence and development of our nation and pray that everyone continues to experience the true independence of liberty, equality, and fraternity every day of our lives.

I am sure most of us will question why some of the countries in the world like America, Australia and many other nations have developed in much shorter time and in many ways, keep developing much faster than India. There are many causes, but this article focuses on political systems and leadership.

In developed countries, the political parties and leaders positively fight to win the elections and after the victory the winning leader and ruling parties as well as opposition parties concentrate on developing the nation rather than securing a stronghold on power! The ruling leaders and parties formulate the developmental plans and legislations with the help of experts but the consensus will be arrived at with all the stakeholders including opposition parties. The opposition party’s constructive criticism keeps the ruling party on their toes and keeps them delivering their election promises. 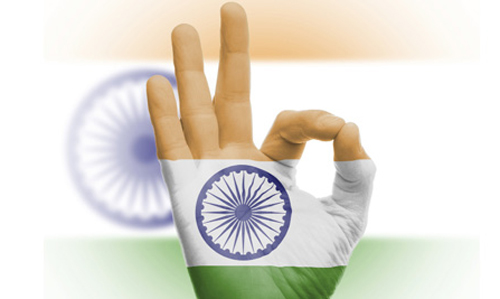 In India, the political parties fight all the time, and not only during the elections! The bitter fight during the elections often continues even after the ruling party assumes the political power! The main objective of the ruling party is to keep a stronghold on the power, and the opposition party’s main aim is to dislodge the ruling party without waiting for the next elections! Hence the development and legislation take a back seat, and that is what we have witnessed at least in the last five decades! This is witnessed even now during the pandemic in some states where the sole focus of the political parties and government should have been to help fight the pandemic and take care of the citizens who have been affected and most vulnerable.

In India, like many other developing countries in the world, politics has become an easy money-making career by corruption for most of the politicians and their family members and it does not attract righteous and competent youth due to its stigma of money and muscle power!

For India to develop like other developed nations, we require selfless and righteous political leaders ruling at the federal level and in every state with only one objective of equality, justice, and development in their hearts and minds! Mahatma Gandhi, Vallabhbhai Patel, and many other leaders worked selflessly during the formation of our republic focusing on equality and justice and rejecting any greed for power! But in today’s India we may not get anywhere near to name any selfless leader in the entire nation! Therefore political leadership and positions should be service-oriented (voluntary) rather than professional careers with a maximum service period of five years (one term) for most of them and ten years (two terms) for exceptional serving leaders, and also in different positions like Chief Minister and Prime Minister! This will reduce the greed for power and bring about a revolution for selfless service along with new developmental ideas and vigour.

The next big political reform is to end the dynasty leadership in India and in every political party! There should be a cooling-off period of twenty years for any family members of the politicians who are currently serving to occupy any legislative, parliament and leadership positions which will further lower the greed for power and corruption.

The next reform is to state fund the elections. Tax all the rich and wealthy individuals and organizations that would otherwise donate handsomely for quid pro quo! Then fund all the political parties who only promote development, justice, and equality of the nation without any division between nationalists and liberals, majorities against minorities or religion and caste!

Remember we have one hundred and thirty five crore people and giving an opportunity to many aspiring youths to serve in panchayat, district, legislative, parliament and political leadership at all levels once every five years will provide multi-dimensional talent and developmental ideas. Upon completion of their successful term with great service to the nation, they can easily pass on their leadership strategies and great ideas to the next leadership so that we don’t get bound by one leader for many years! To develop a nation, many great leaders and many great ideas are required from panchayat to federal level and that was how America and Australia and many other nations developed around the world!

We can arrive at good systems to choose the ideal righteous youth candidates for every party at every level and the new political system will produce a new breed of politicians, full of energy and very vibrant youth in every five years who can serve their electorate 24/7, 365 days, to develop our states and nation. Every parent, neighbourhood, and region’s support for the new political system will witness their own son and daughter becoming a great selfless politician in the future serving righteously with justice and equality to help build a peaceful and prosperous India!

Are we dreaming? Of course not! It is not easy but possible to get rid of greed for power and wealth and to end the nexus between businesses and politics. The new political system can work only for selfless and righteous candidates with complete transparency of their financial status updated once every six months! In any case there will be some stray politicians and if we can establish the legal and judicial system that can deliver the judgements within two to three months for any valid corruption or criminal case against any of the politicians, then we can eliminate black sheep faster, establishing a sound political system.

What a sight to behold and experience the great talents of every person in righteously serving our great motherland providing enough food to eat, good education, good health and shelter and a decent job for every citizen of our nation?

Title: New Political System for Faster Development of our Nation