Grapes and its Uses for Different Purposes with Value Addition

It may be mentioned that grapes are found in different colours and forms (big & small). There are red, green, black, purple etc, as well as with seeds and seedless. Medically it has been proved that grapes are helpful in prevention of cancer, heart disease, high blood pressure, and constipation. 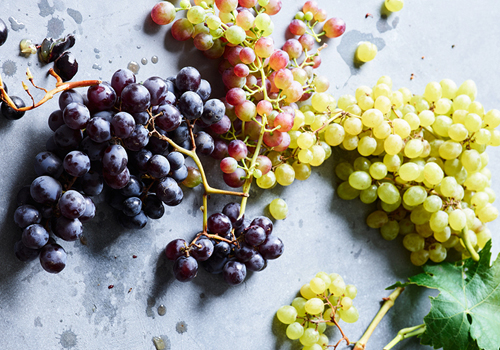 Grape can be consumed fresh as table grape or it can be used for making wine, jam, grape juice, jelly, grape seed extract, raisins, vinegar, and grape seed oil as value addition.

According to “2019 Statistical Report on World Vitiviniculture”, around 77.8 Million Tonnes of grapes were produced in 2018 in the world, of which 57 percent was for making wine, 36 percent table grape and 7 percent dried grape.

By Dr Shankar Chatterjee
Prof Shankar Chatterjee, is a retired Professor and Head (CPME) from NIRD & PR, from the Government of India. He has published 32 books and 500 plus research papers, articles, etc . He has visited many countries and across India as well. In January 2019 he received a lifetime achievement award from EAST, Tamil Nadu, India.
To submit your article / poem / short story to Daijiworld, please email it to news@daijiworld.com mentioning 'Article/poem submission for daijiworld' in the subject line. Please note the following:

Title: Grapes and its Uses for Different Purposes with Value Addition