“Boycott Salman Khan!” read a message. Never really cared for him, I thought. “Boycott China”, read another message aptly obtaining an eye roll from me. I have, thanks to my father who invariably searched for the “Made in…’ label on any product and announced “It should be made in Japan, not China…”

It’s so easy to start a hashtag on Twitter and forward hate messages today, not foreseeing the consequences. Today’s harsh reality forces people in the public eye to take drastic steps sometimes. Then in our defense we start new hashtags, stressing the need to ‘be kind.’ Towards that goal, we start blaming each and every person not knowing the half of it. We want to spread kindness by being unkind. How ironic. The recent suicide of an actor led people blame so many other famous people. Few years back when a homeless person died due to a drunken star running over him, nobody cared as much. They still adore him and he is called bhai endearingly! Was the homeless person not deserving of his life? Why didn’t the people boycott the star then? He has continued acting in mediocre cinema and minting hundred crores. 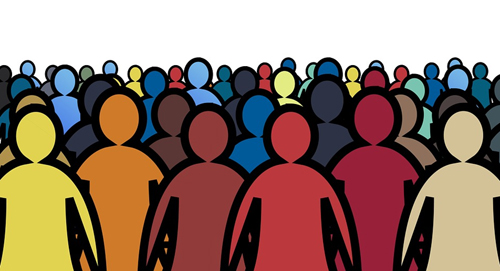 Today’s millenials follow vain celebrities and so called stars religiously on Instagram, Twitter etc. The media furore over the lifestyle of these ‘celebrities’ never dies. Hence we have to live with news items on what they wore to a certain party, what they eat and where they buy their groceries. Young girls know everything about certain actresses more than the current events. But what can we expect out of them whose icons are themselves college or school dropouts with very little knowledge on even the current President? What can we expect out of youngsters who would rather watch and make mindless videos on TikTok than pick up a book to read?

But we the people have made these dumb people ‘stars’ and our icons. Anybody can guess by the movies they make, their intention is always to make money. The real actors are forced to act in art films, while we cheer for a certain middle aged hero clad in khaki doing unrealistic action scenes with his glasses on his back! We pay hundred Rs to watch a skimpily clad female star gyrate to lewd lyrics and then trend the hashtag female empowerment!

Any well-read person knows that China is the hub for black hearted goods. But then people are always looking for expensive looking cheap knock offs than a made in India original. We would spend the same money on senseless movies and then boast about it on social media and get depressed when we don’t get the desired number of likes! We are the people who peer at videos of celebrities and do not spare even their children, so much so that 2-year-old star kids cannot go to the park to play. The kid’s video is our day’s highlight! How sad are we. And then we blame production houses, directors, actors and so on when an untoward incident happens. Aren’t we the people responsible?

By Hanita Pinto
Hanita Pinto has a masters in law from SDM Law College. She has earlier worked in Bengaluru as a legal compliance officer.
To submit your article / poem / short story to Daijiworld, please email it to news@daijiworld.com mentioning 'Article/poem submission for daijiworld' in the subject line. Please note the following:

Title: We the People